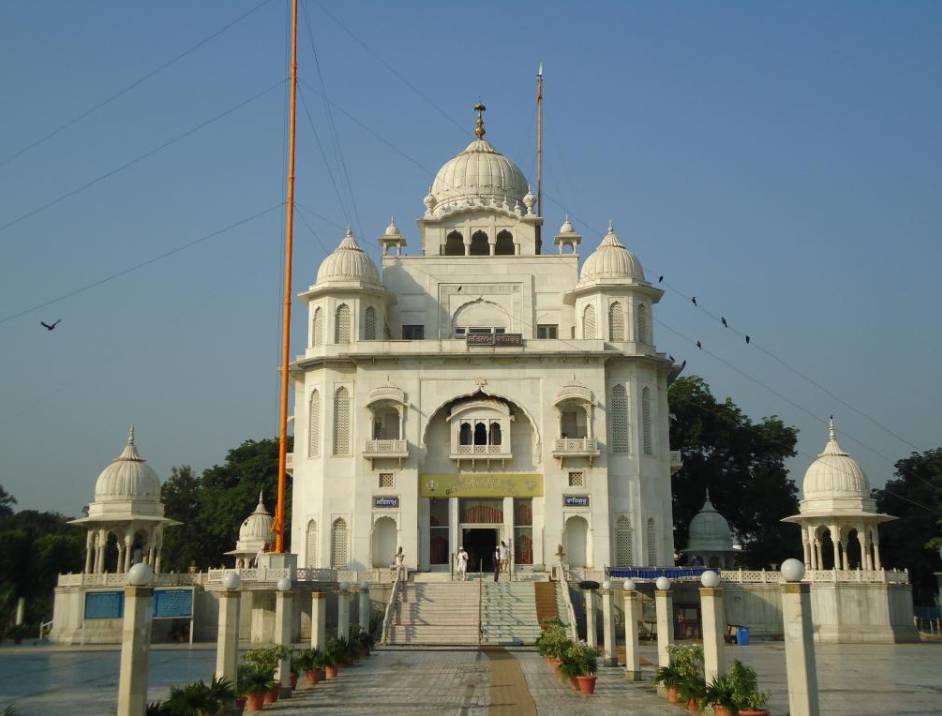 Gurudwara Rakab Ganj Sahib is located near the Parliament House in New Delhi. It was built in 1783 by a Sikh military commander Baghel Singh Dhaliwal who captured Delhi from the hands of the Mughal. The shrine was constructed in 12 years to pay homage to the ninth guru of the Sikhs, Guru Tegh Bahadur who attend martyrdom at this site. The Guru was executed by the then Mughal Emperor as he refused to accept and convert to Islam. The Sikh shrine is built near the Raisina Village at Raisina Hill.

It is said that when Guru Tegh Bahadur was executed by the Mughal army at Chandni Chowk, his beheaded body was cleverly sneaked out by two of his ardent followers, Lakhi Shah Banjara and his son Bhai Naghaiya. In order to avoid attention from the Mughal army, the duo set their residential home on fire to cremate the body of the Guru. Later there was mosque built at this particular site. A Sikh army marched towards Delhi and captured it. They claimed the land to build a religious shrine on the memory of their Guru but the Muslims opposed the dismantling of the mosque. After lots of discussion it came to an agreement that if there was no urn found carrying the ashes of the martyred Guru, the Sikh will reconstruct the mosque at their own expense. The excavation under the supervision of the Mughal army and the claim of the Sikh was found true. Thus Emperor Shah Alam II grant the land to the Sikhs were the Gurudwara Rakab Ganj Sahib was built. The present is made of white marble and is surrounded by a magnificent garden.