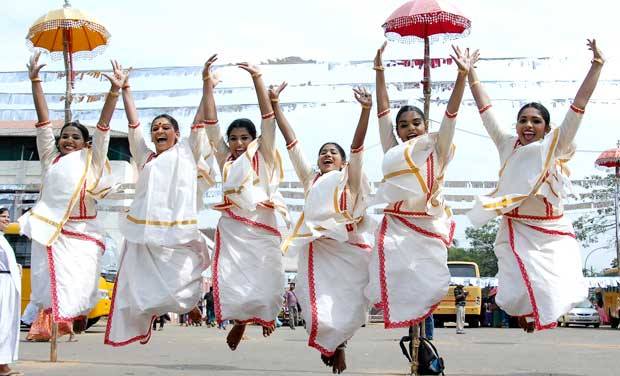 Margamkali is a traditional dance form in Kerala. It is an ancient dance form of the St. Thomas Christians of Kerala. This dance performance depicts the life and the missionary work of St. Thomas and is said to have originated from different countries. This dance form is still very popular in Kerala even though it is an ancient dance form and is the main theme for several schools and colleges in Kerala during the Youth festival season. People are given prizes based on the style of Margamkali dance performance.

The name Margamkali refers to 'Solution' or a 'Way' in Malayalam and according to the Christian religion, the word Margamkali refers to the process of conversion to Christianity. Whereas according to the Hindu religion, the word Margamkali refers as the Path to attain salvation, which is entirely different from the Christian religion meaning. It is said that the Margamkali dance form and the music is similar to Jewish music as scholars have found traces of the music being adopted from the Jewish wedding songs and dance. Many similarities were found between the Kerala religion and the Malabar Jews.