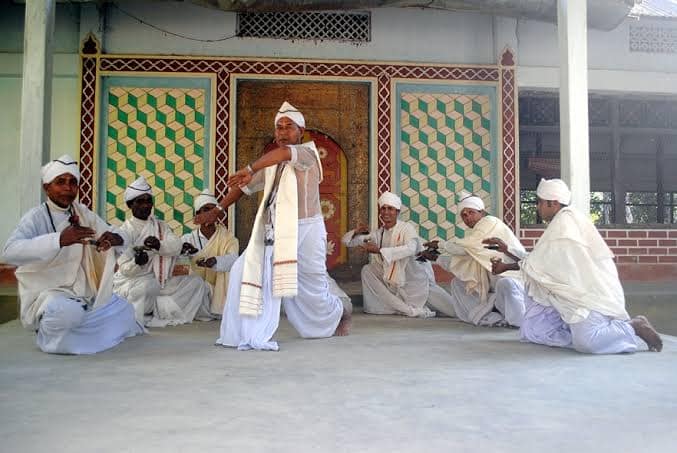 In the Indian State of Assam, one can witness the majestic folk dance of Ojapali. The dance is performed in large groups and has been evolved Kathakata group. What makes this folk dance even more interesting are the songs, dialogues, gestures, acting dramatization and sometimes humor. The folk dance was patronized under the reign of Darangi King Dharmanarayana. The Ojapali folk dance basically originated in the Kamata State. The group members consist of a leader who performs the task of leading the entire group. The leader of the group is known as Oja. The other members of the group basically act as supplements to the leader and play cymbals in a predetermined tune. This is how the play gathers to a final head.

The Ojapali is the dance form that has not only a festive appeal amongst the locals but also a religious and spiritualistic one. Being the oldest surviving dance form, people have a lot of faith and belief in and around this dance. Celebrating the festival and dance every year is believed as a good omen.

Every year the performance becomes a center of attraction for thousands who have a keen interest in the majestic folk dances like Ojapali.

The folk dance of Ojapali can be witnessed in the following regions, which include Darang, Sipajhar, some other parts of Tezpur, and Udalguri district. The dance of Ojapali has won the prestigious Sangeet Natak Akademi Award to Lalit Chandra Nath and Kinaram Nath for their immense contribution to this art.