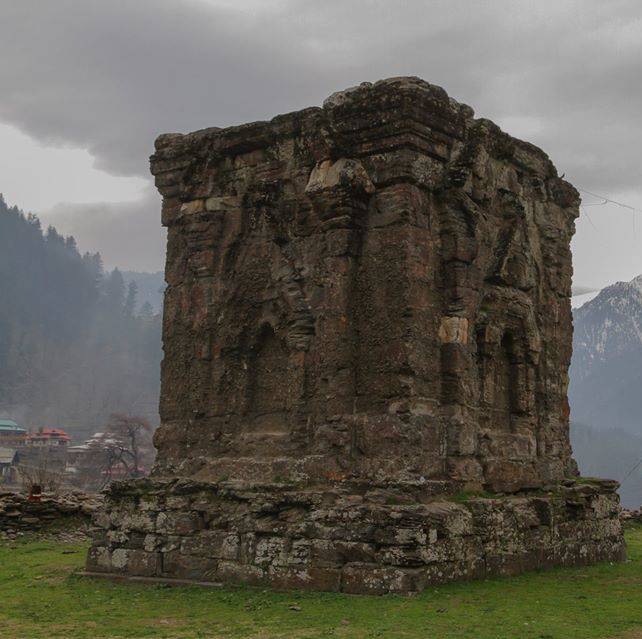 The Sharada Peeth is a shrine built in the name of Hindu Goddess of Learning, Sharada. Honorable scholars like Kalhana, Vairotsana, Adi Shankara and Kumarajiva are known to have imparted knowledge in this Temple University. It acted as the centre for development and learning and thus Kashmir gained the nomenclature Sharada Desh. It is one of the highly esteemed temples in South Asia and was at par with famous learning centers like Nalanda and Takshila. Historically, Sharada Peeth is one of the Maha Shakti Peethas and one of the most ancient centres of quality enlightenment for all. It is the spot where Goddess Sati’s right hand had fallen. It finds its place along with Martand Sun Temple and Amarnath Temple among the top three pilgrimage sites of Kashmir.

Goddess Sharada in Kashmir is known to be the union of three forces namely Saraswati (Goddess of knowledge), Sharada (Goddess of learning) and Vagdevi (Goddess of speech). The monument is built out of red sandstone and exhibits traditional Kashmiri architecture. It is placed on a raised platform. In order to make way to the remains of ruined gateway and thick stone walls one needs to ascend via stone stairways.

The ruins hint the temple to be designed in a rectangular shape. It is sad that footfall to the Sharada Peeth has considerably fallen since the 1947 Indo-Pak War. Its location near the Line of Control has also restrained Pakistani tourists from paying visit to the temple. The inauguration of the Kartarpur Corridor in 2018 by the Pakistani Government to make way for the Sikh pilgrims across border to the Gurdwara Darbar Sahib Kartarpur, has given rise to the demand of opening a corridor for the Sharada Peeth too.