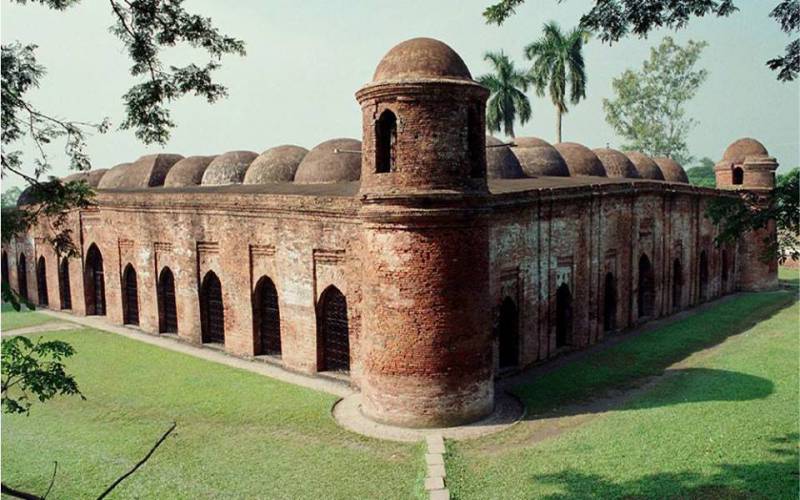 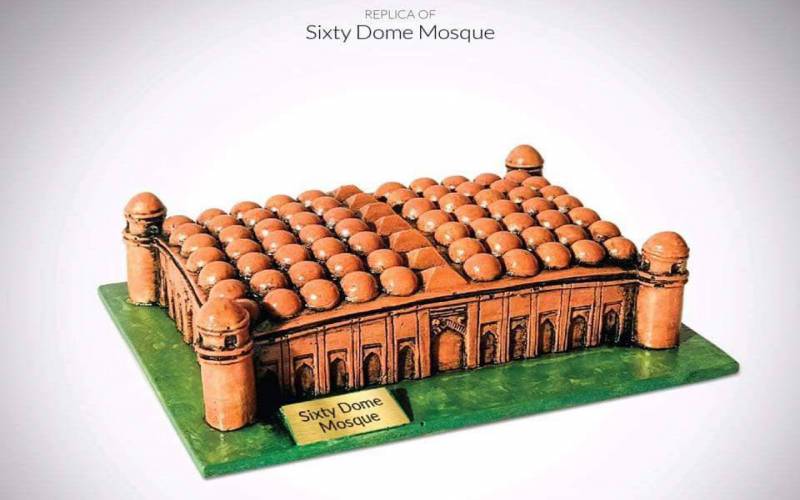 The sixty dome mosque is known in the period of the sultan to be the largest mosque present in Bangladesh. It was built under the reign of Ulugh Khan Jahan, who was the Bengal sultanate and also the governor of suburbans. This mosque is popularly described to be one of the most stunning, elegant, and impressive Muslim monuments to be built in the whole country of India and the subcontinent. The sixty dome mosque was declared a protected site and world heritage site by UNESCO.

The walls in the dome are very thick. Such walls were not found so easily, they were very uniquely built. It was a distinctively amalgamated in the old, and new styles like the tapered brick represented the Tughlaq style whereas the hut roofline was representing the later model styles. The width was 108 feet. There were 77 low domes and one dome in every corner that brings the sum up to a total of 81 domes present, and the mosque has four towers too. And amongst those 4 towers two were used for calling out the Azaan.

The sixty dome mosque was built with utmost precision, and its beauty is still preserved so that the later generation can sustain and learn the beautiful history of their country. The mosque is built very robustly with thick terrain which is why it is sustaining for such a long time.