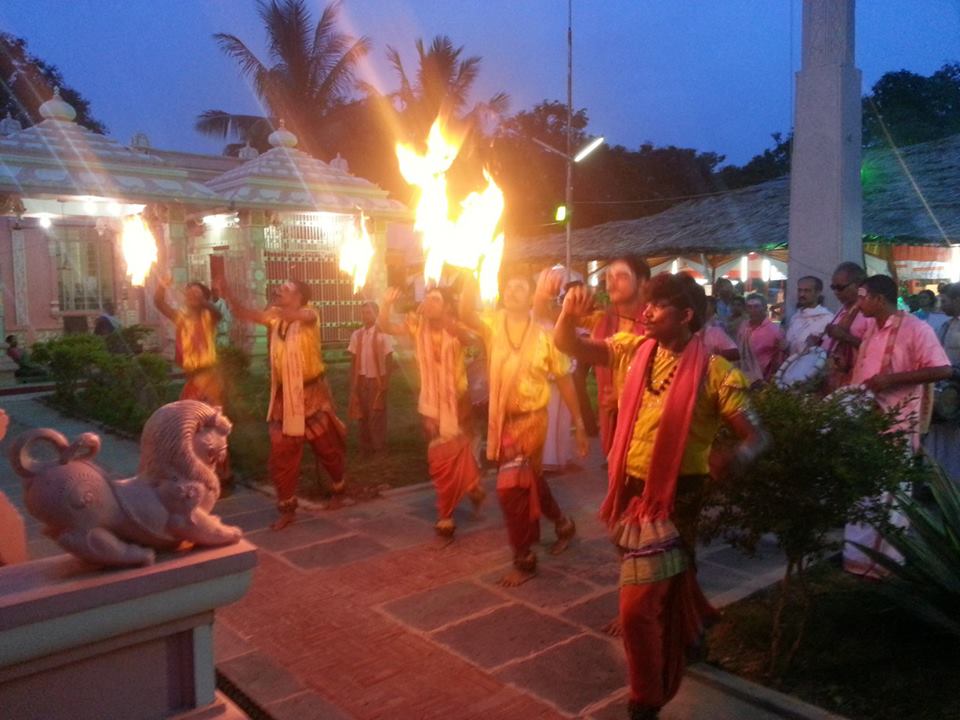 Veeranatyam means the dance form of one who is brave. It is a popular dance form in the East and West Godavari which includes Kurnool, Ananthapur, Warangal and Kammam districts in Andhra Pradesh in India. The Veeranatyam dance not only has cultural significance but also has a significant religious aspect. The Veeranatyam dance is performed in honour of the Hindu deity, Lord Shiva. Dancers perform this dancing style in the Shaivite temples dedicating to their muse, Shiva who is considered to be the Supreme dancer.

Veeramusti community, who are the cohorts of the Veerabhadra, the fearsome form of Lord Shiva, are acknowledged for practising this dance form. This ancient form of dance is performed in three stages. At first, the artist holds the ‘Veerabhadra Pallem’ which is an enormous plate carrying a fired up camphor. The roar of several percussions mainly the war drum create an otherworldly ambience along with vigorous dancing style. The spirited performance continues till the fire blazes. During this stage, ‘Khadgalu’ recital is chanted where a priest brandishes a sword representing it to be of Lord Veerabhadra. In the second phase, the performers hold a long sanctified pole smeared with scared ash known as ‘Vibhuti’ which represents the deity’s ‘Dhwaja Sthamba’. In the last phase, the dancers dance with tridents that pierce into their tongue, hands & ankles which are known as ‘Narasam’. The artists are clad in coloured knee – length ‘dhoti’and waist sashes. The whole body is smeared with the Vibhuti. In recent times, Veeranatyam has taken a shape of an art form and is performed in several religious processions.