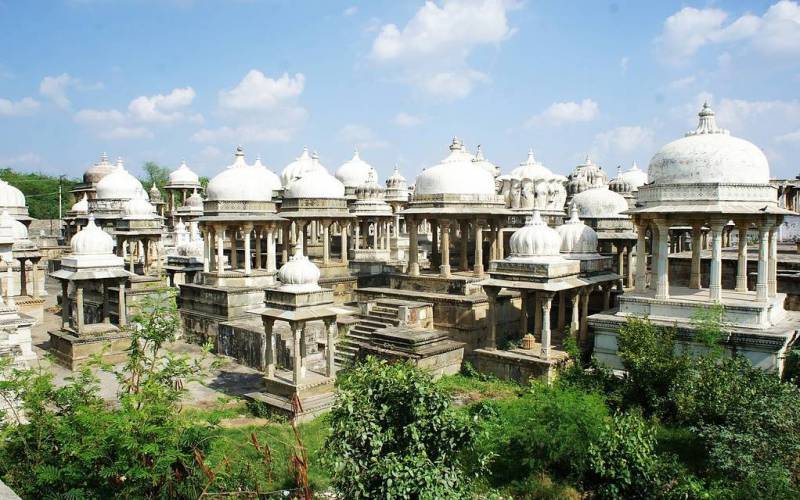 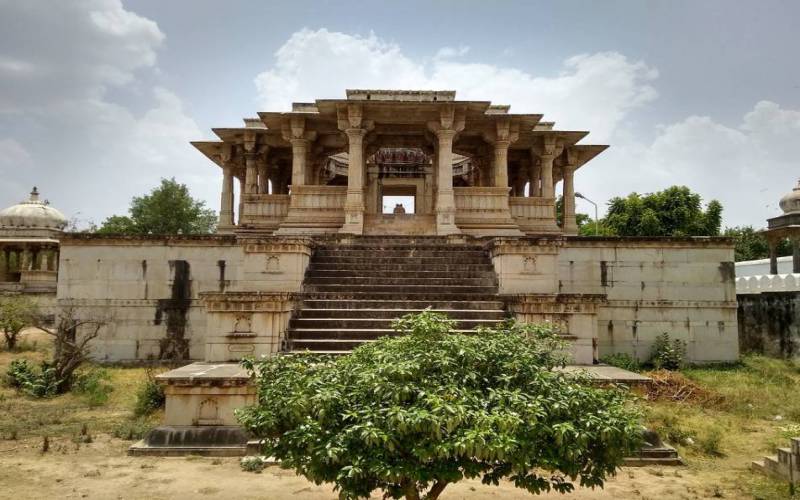 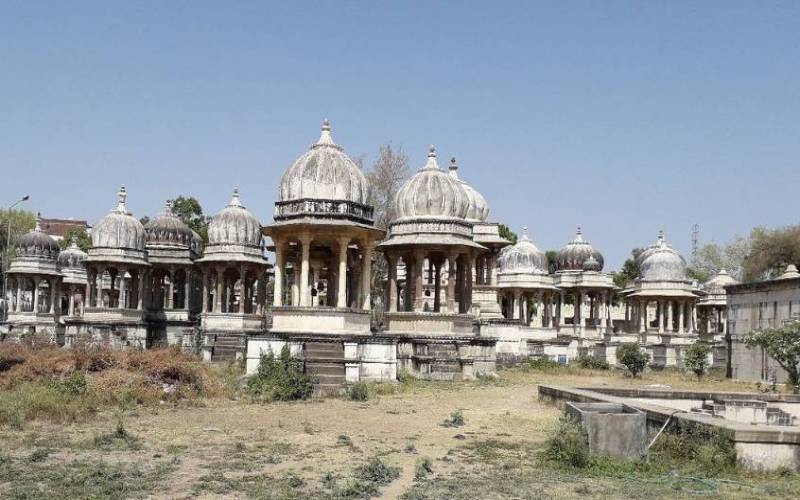 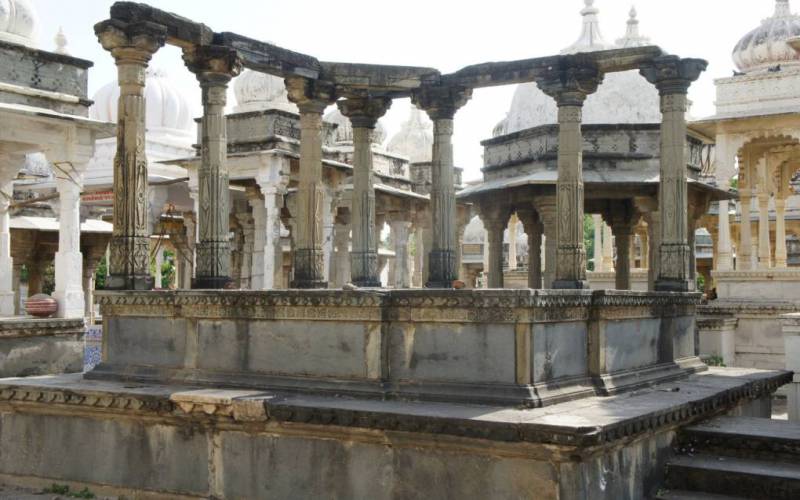 The Ahar Cenotaphs is the most famous archaeological site in the whole of Rajasthan as the wives were immolated with the king's cremation. The wives would sacrifice themselves whenever the king passed away; even Maharana Sangram Singh was cremated at this cremation ground with his 21 wives. Each Cenotaph represents each king who ruled the Mewar along with the wives and the cenotaph was carved in a unique design. The Ahar Cenotaphs refer to the empty tomb monument which was built as an honour or a memorial of the King. There are a total of 19 cenotaphs present in this site.

Image of Lord Vishnu, the Maharana and the queens are carved into the dome of the cenotaph and the architecture of these cenotaphs was very similar to that of a Hindu temple. All the royal cenotaphs consist of 8 hand-carved pillars supporting the octagonal dome in the middle. Ahar Archeological Museum is also located within the vicinity of the cremation ground. The State Government of Rajasthan created this museum to protect the artefacts and other items which were excavated from the Mewar period. It became the most famous tourist sites within months and tourists had a chance to view how people of Mewar used to live and what kind of object they used to use in the ancient period which included the relics and the religion they used to follow.