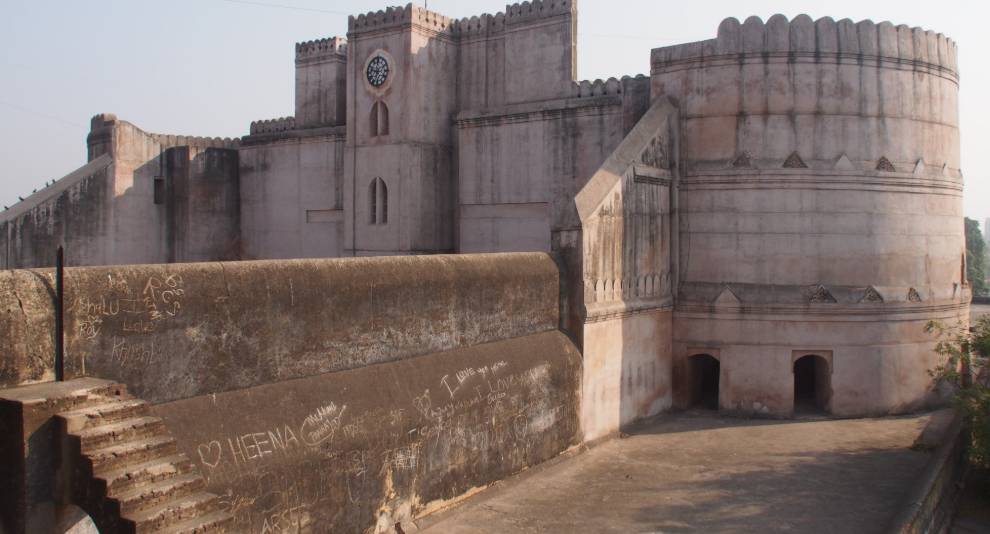 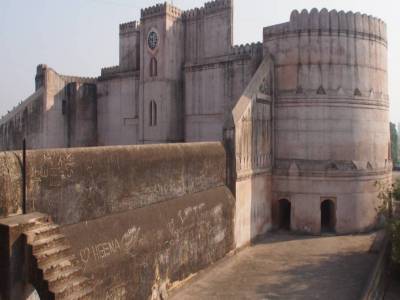 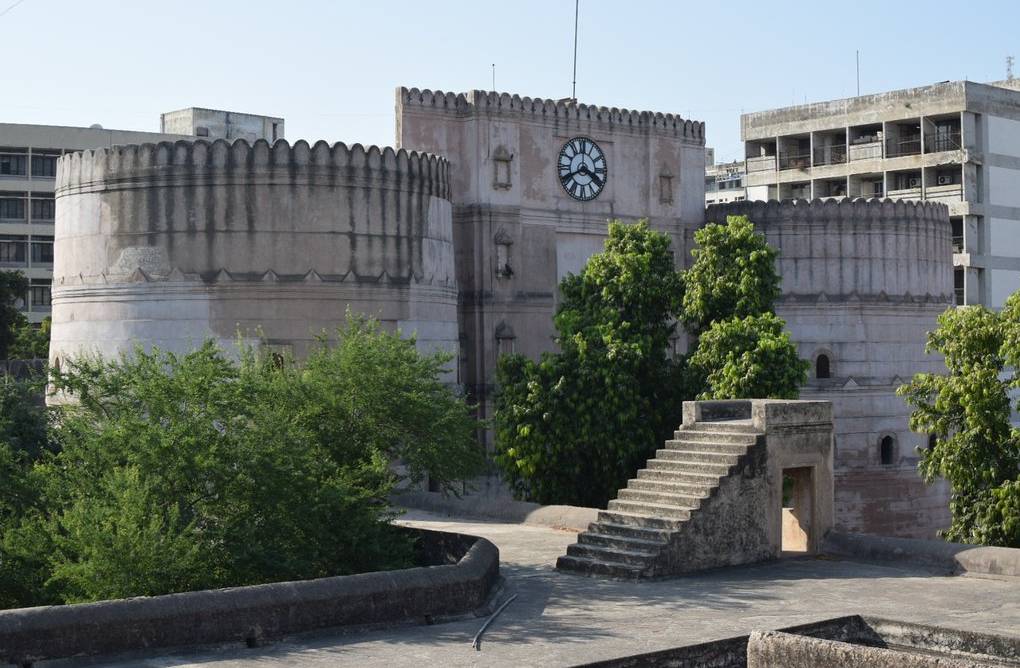 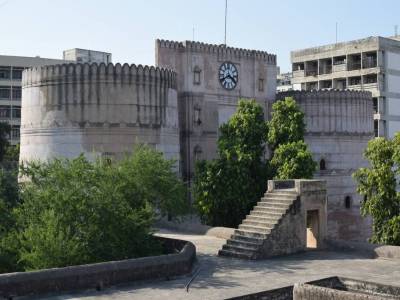 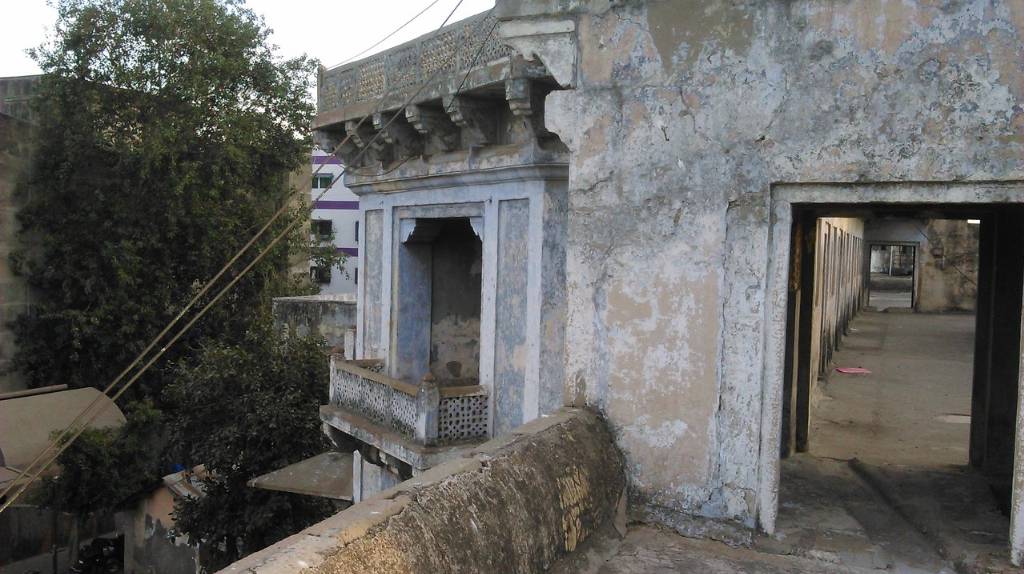 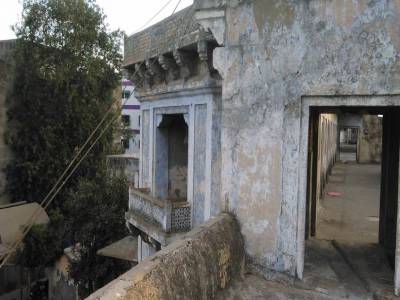 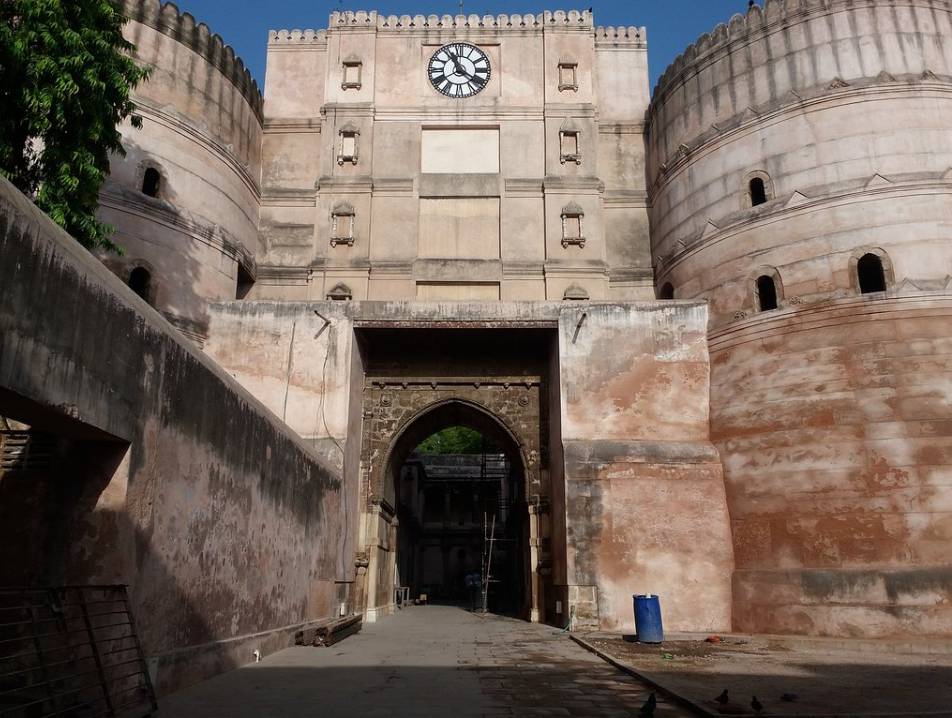 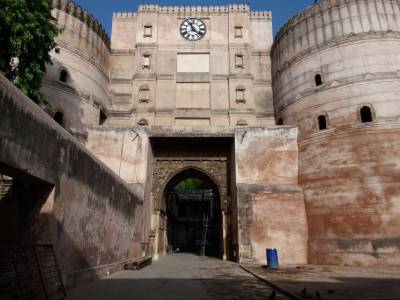 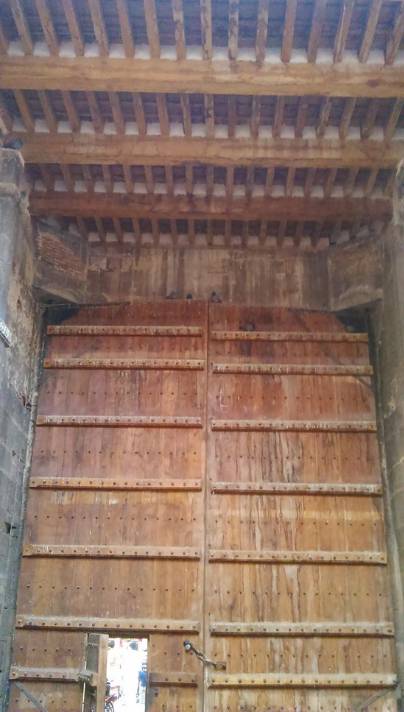 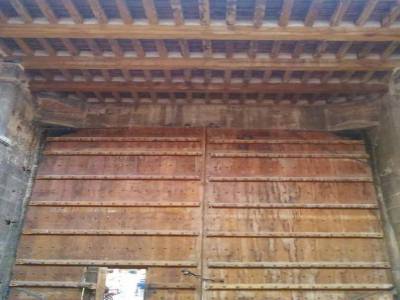 The charm of the Bhadra fort lies in its architecture and cultural influences. This fort was built using red sandstones on the bank of the Sabarmati River. There are eight gates, arches, balconies and open spaces in this 43 acres fort. Some writings of Islam are inscribed on the arches of the fort. A tower clock was installed in 1878 by the Britishers. It was brought from Britain and cost around rupees 8000 at that time. This clock tower illuminates today also.

There is the main entrance of the palace which is a massive fortified structure built in 1411. It is called the Bhadra gate. Teen Darwaza is a famous triple gateway located on the east side of the fort. It was the former entrance of the fort which led to the royal square called Maidan-e-Shah. This Maidan-e-Shah was the king’s market which was around 1600 feet long and where Palm, Date, and Orange trees were planted alongside the road and many articles and products were sold there. There is a prison called Adam Khan Sarai which was used by Britishers in the 19th century. This was the resting place. When the fort got freedom after independence it became the premises for The Bhadra Kali temple. Most parts of the Bhadra fort were renovated by AMC (Ahmedabad Municipal Corporation) and ASI (Archaeological Survey of India) in 2014. Even flag hoisting ceremony is conducted in the region of the fort during national festivals. This fort is a highly significant one due to the great historical importance it holds and reflects.