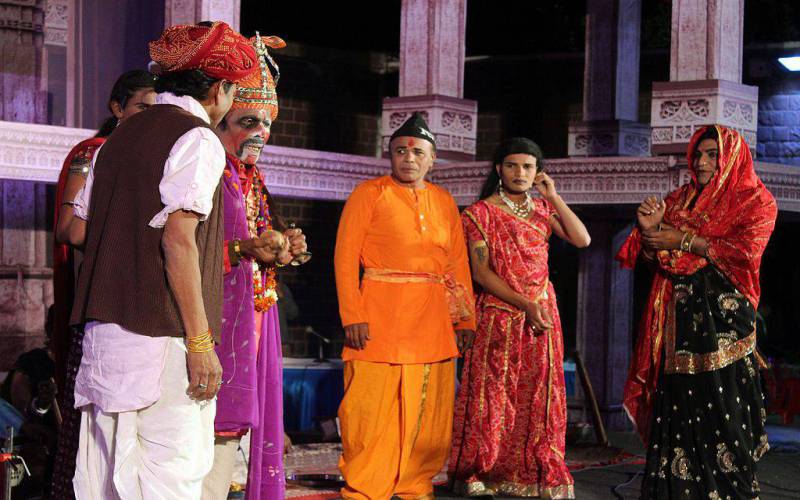 Bhavai is entertainment, which is a form of folk theatre in Gujarat. The main thing about bhavai is that it is a form of comic dramatic performance. Bhavai was much popular during ancient times, but at present, it is not much highlighted because there are many new recreations introduced. However, at once, you cannot tell that it is entertainment because it is a kind of worship that is done to goddess Amba.

Males perform Bhavai, and females cannot perform it, and therefore the males also act the female roles in that. Bhavai plays are not short ones, and if it starts at midnight, it will be played until the next day morning. This is a play that is mixed up with all three languages, which are namely Hindi, Marwari, and Urdu.

The bhavai is played by selecting different themes like; religious, social, and political. The people who are involved in playing bhavai had many colorful outfits to wear when they perform it. Once the play is over, you would surely get a moral boost that will help you throughout your life.

But, do you think that bhavai has its power still? If you do, you are absolutely wrong. With the development of technology people tend to watch all kind of shows which has led the power of bhavai to sink. It is saddening that the beautiful cultural things fade into history just like that. Though it is not popular at present, it was the best tool for entertainment and a sort of worship.