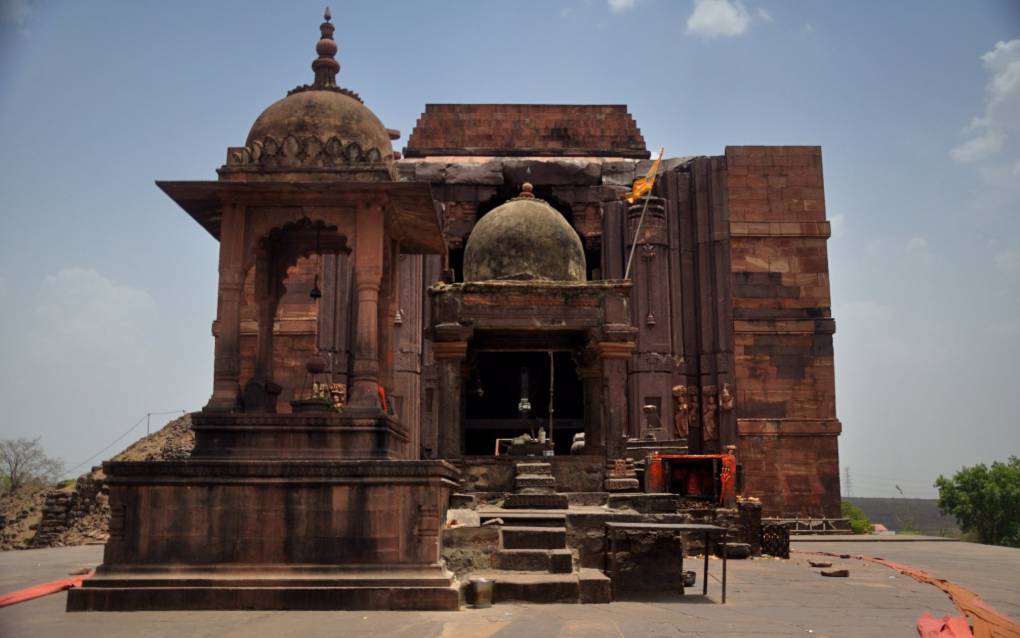 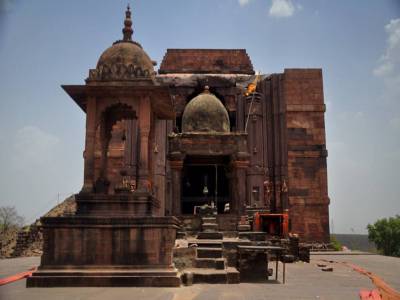 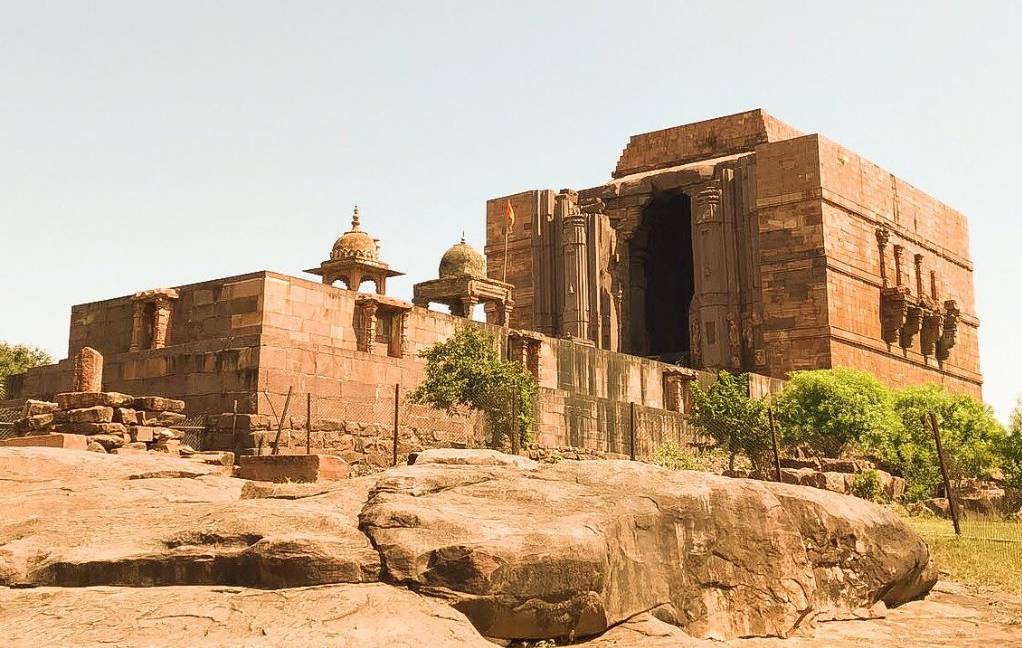 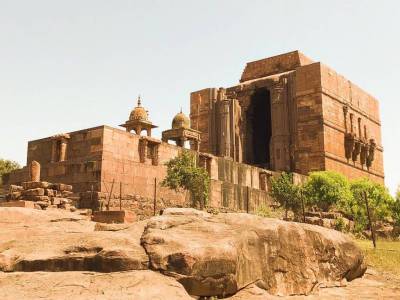 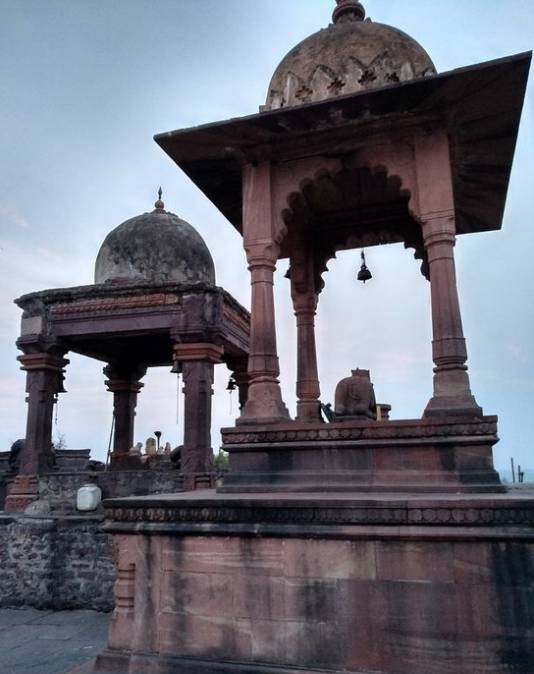 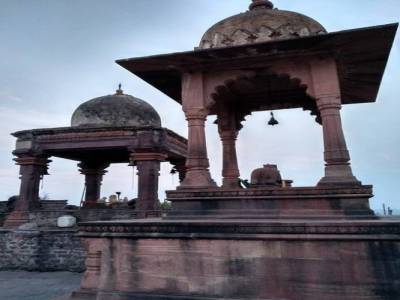 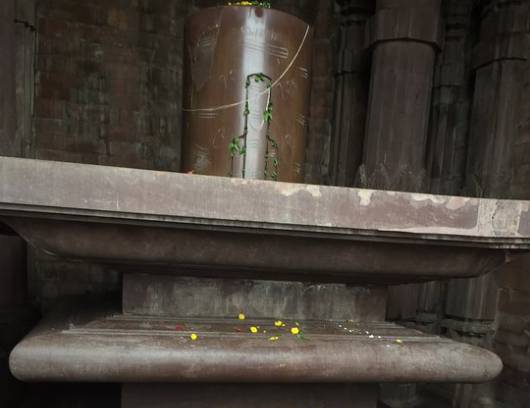 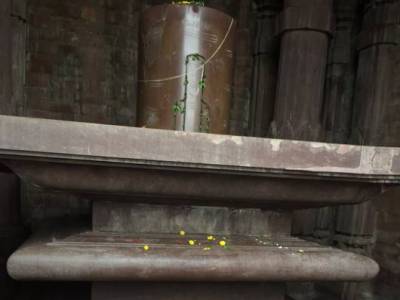 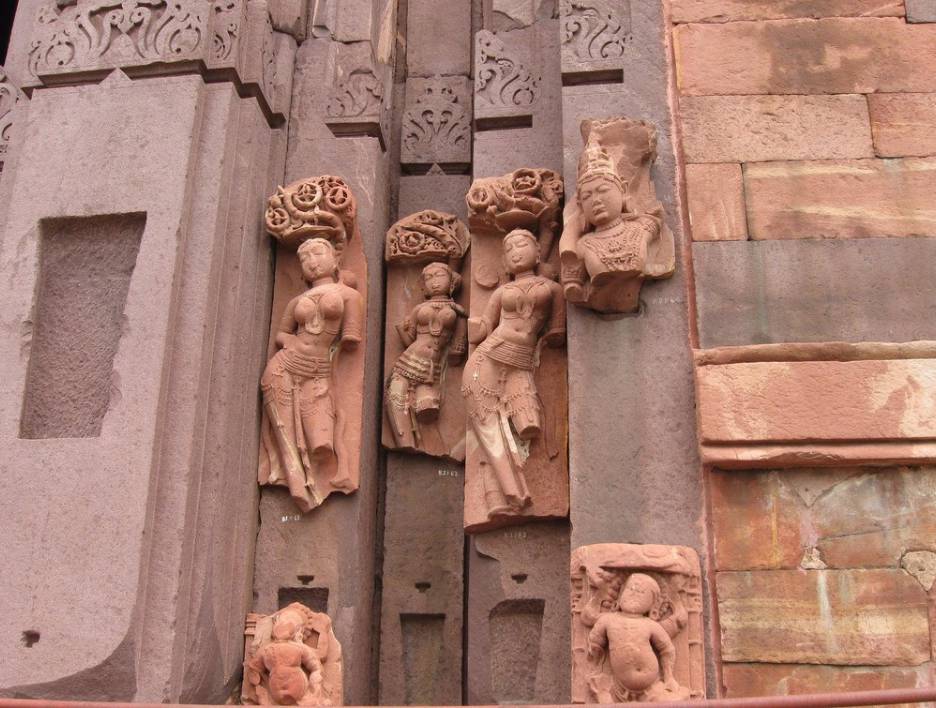 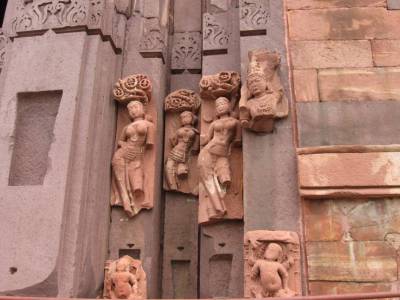 The Bhojeshwar Temple is a Shiva temple in the Bhojpur village of Raisen district, Madhya Pradesh. The temple building of the Bhojeshwar Temple, which is believed to have commenced in the early years of 11th century CE under the patronage of Raja Bhoja, was abandoned prematurely due to unexplained reasons. The Bhojeshwar Temple is devoted to the religious observance of Shiva and its main temple confines the symbolic idol of Shiva, a massive 7.5 feet tall lingam in its sanctum. Since it was abandoned prematurely, this temple strangely does not have the statutory inscription plaque commemorating the patron due to whose efforts and support the construction could be completed. However, research reveals that the Temple construction is believed to have commenced in the 11th century during the reign of the Paramara dynasty king Raja Bhoja. Rock stone engraving on nearby surrounding boulder reveals the elaborately proposed architectural plans for the vision of the completed construction. It is through these artefacts and after extensive study of other helpful material in the same field such as mason's marks and the unfinished materials abandoned at the site, scholars have arrived at the conclusion that this temple dates back to the 11th century.

The temple itself is no less than a rare specimen of the earliest possible instance of this temple based architectural style which was born out of central India. There are provisions for windows and doors on all sides and the specialized small segregated areas on these walls are designated for installation of statues there. The Bhojeshwar temple spire or dome tower however has succumbed to the test of time and is presently completely beyond retrieval.