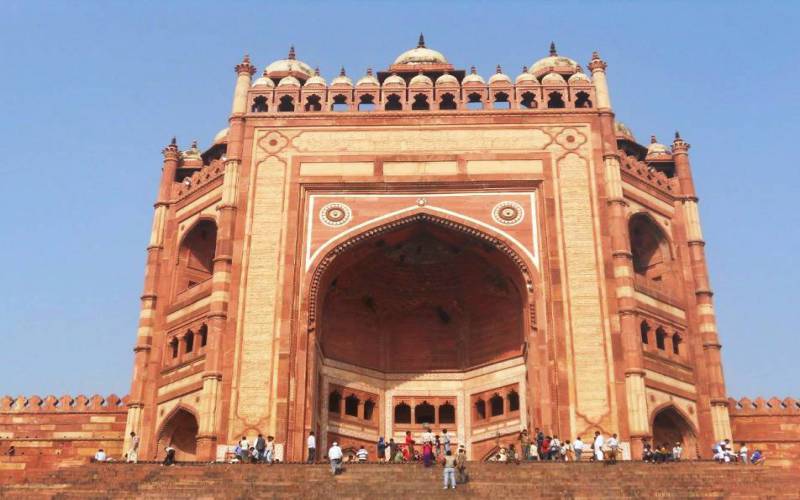 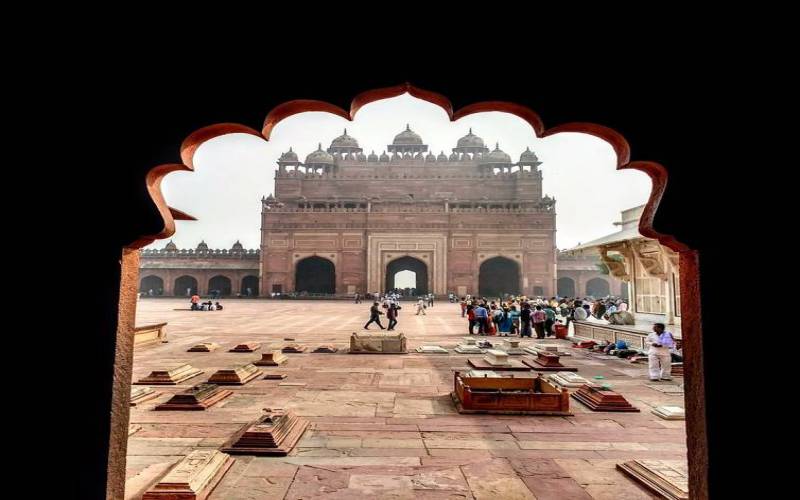 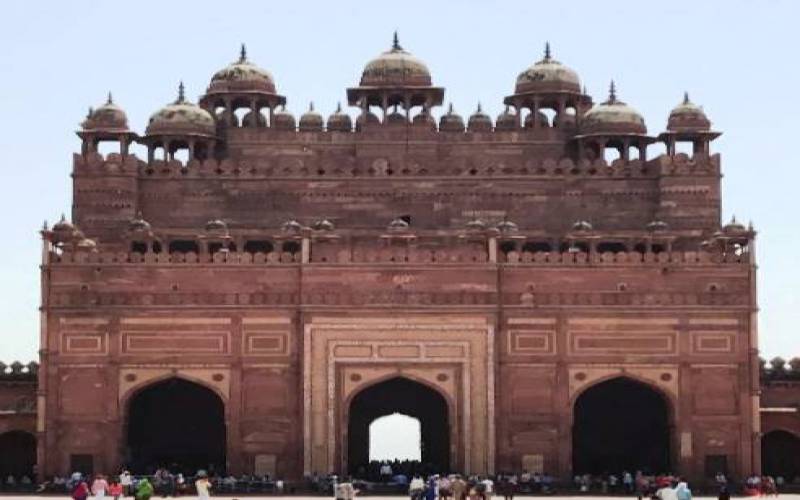 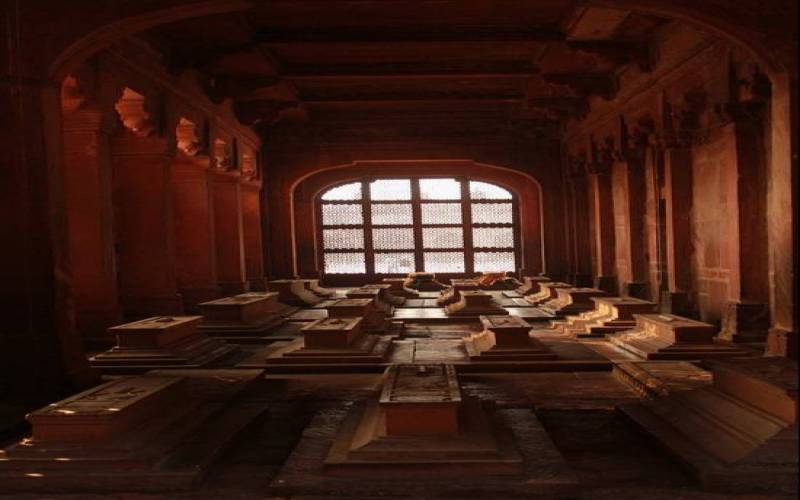 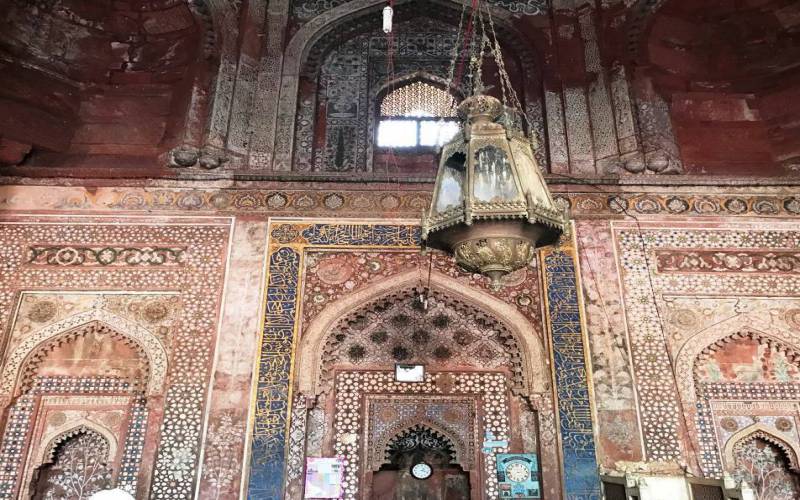 Buland Darwaza was built as a victory symbol over the Gujarat and also referred as "Gate of Magnificence" is a high gateway built by Mughal Emperor Akbar in 16th Century A.D. Buland Darwaza symbolizes the architectural prowess of the Mughals. The Buland Darwaza leads to the complex which has the Jama Masjid and the Tomb of Sufi Saint Salim Chisti.

Buland Darwaza is an architecturally rich structure and made of red and buff sandstone and decorated with white and black marble. It's a great monument to witness the architecture of Mughal period and admire the civil engineers of ancient times.

Buland Darwaza is a part of Fatehpur Sikri Fort. The Fatehpur Sikri was the Mughal empire capital for around 12-15 years (around 1570-1585), when Mughal Emperor Akbar shifted his capital from Agra to Fatehpur. But later due to the shortage of water, he had to shift the capital back to the Agra.