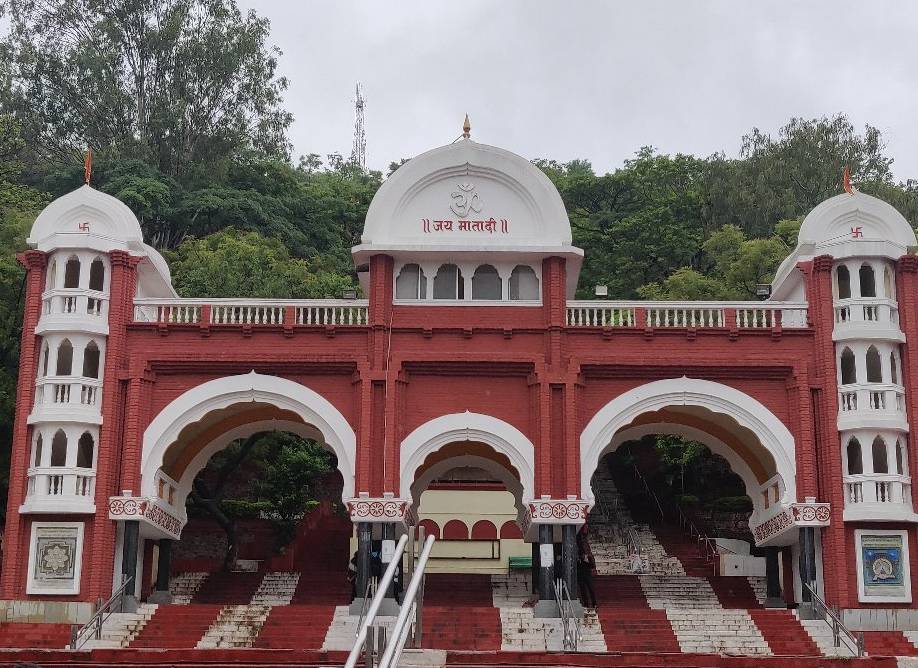 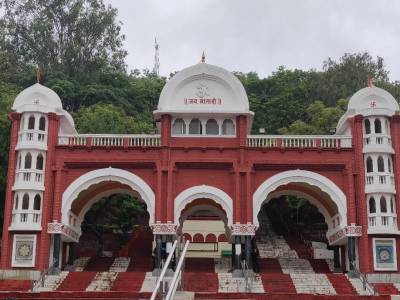 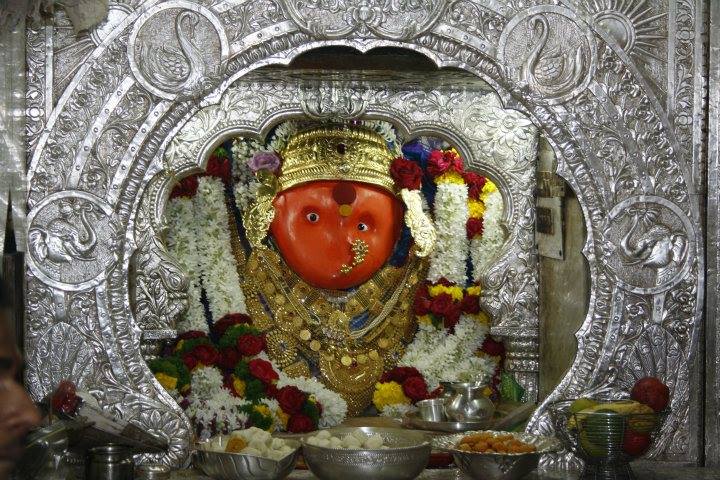 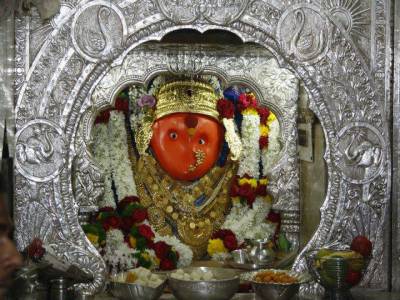 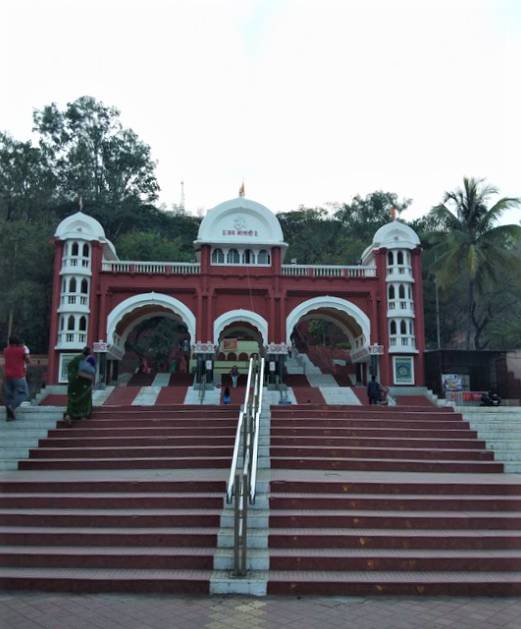 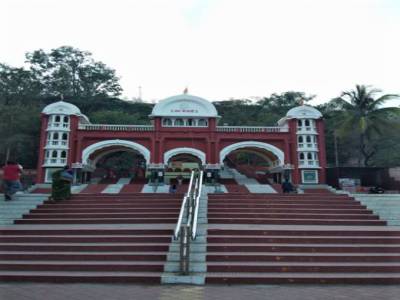 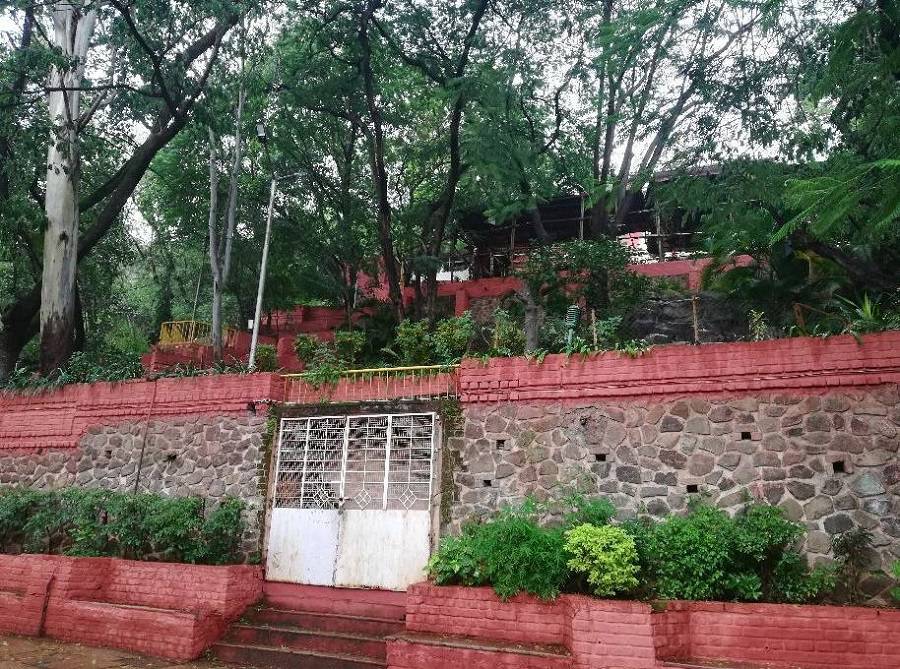 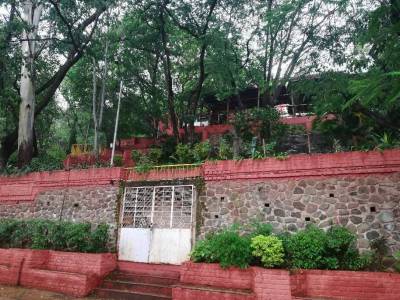 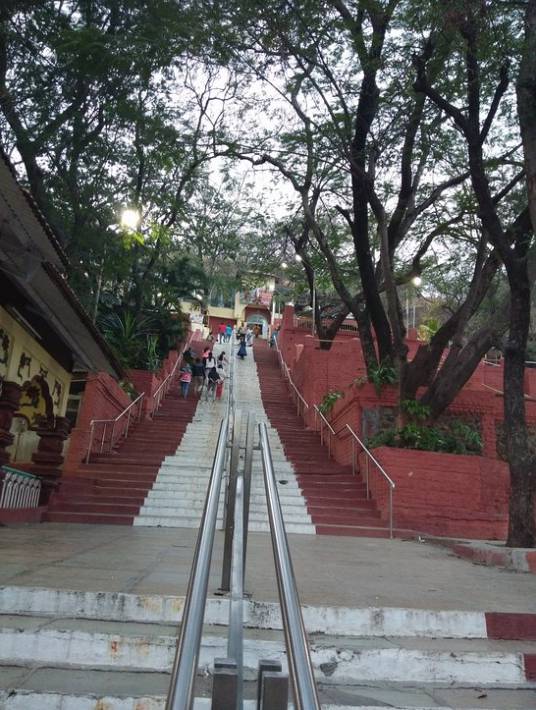 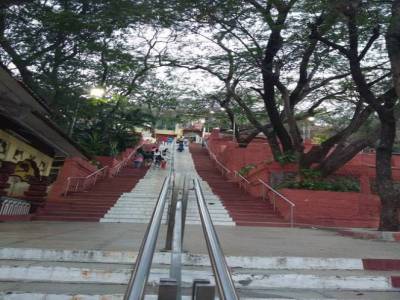 According to legend, a rich merchant during the time of the Peshwas, Durlabhseth Pitambardas Mahajan was an ardent devotee of the Goddess Saptashrungi. He frequently visited the shrine of the deity in Vani. But as time passed he grew older and was unable to travel to such long distance. He became very upset and with a heavy heart prayed to the deity. Due to his passionate devotion the Goddess appeared in his dreams and said that if he cannot she will come to him. She then instructed him of how and where to get her. As per the deity’s instruction he came to a place and started digging and miraculously found the natural statue of the Goddess. A temple was constructed and this same temple was renovated in different times which can be viewed today.

At present, the Chaturshringi temple is under the Chaturshringi Devasthan Trust. The devotees have to climb up 100 steps to reach the shrine. The place is beautiful in the midst of the nature. A panoramic view of the surrounding can be experienced from the Chaturshringi temple premises. Huge crowd of devotees visit the shrine especially during the 15 days festival of Navaratri. There are small temples of other deities on four separate hillocks which include Goddess Durga and miniature idols of Ashtavinayak or Lord Ganesha.