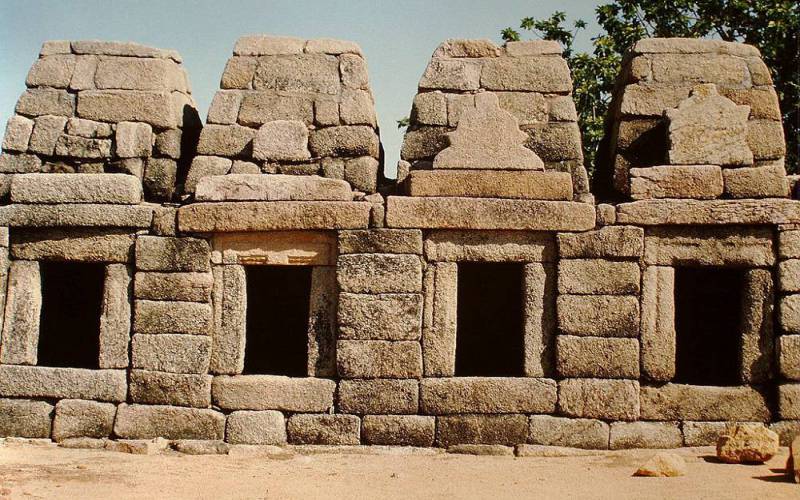 The Chausath Yogini temple was built for Goddess Durga and her 64 Yoginis. The word Yogini refers to a female attendant of a Goddess, therefore this temple was named after the 64 female attendants. Although the temple is in ruins now and there are not sculptures present in the temple, the scriptures of the walls are still present. Though the temple is not accessible due to the fragile structure and the state of the temple, there are few relics that were shifted to the Museum of Khajuraho along with some sculptures.

Therefore, the history of this temple has been preserved in one form or the other in the museum. Some sculptures which were present in the temple were of other gods and goddesses; sine the temple was named as a ruined temple, these sculptures were later shifted to the Khajuraho Museum. Similar temples with similar architecture structure of the Chausath Yogini temple are present across the state in various towns and cities. One of the most famous Chausath Yogini temples which is being visited by devotees is located in Bhadaghat, Jabalpur.