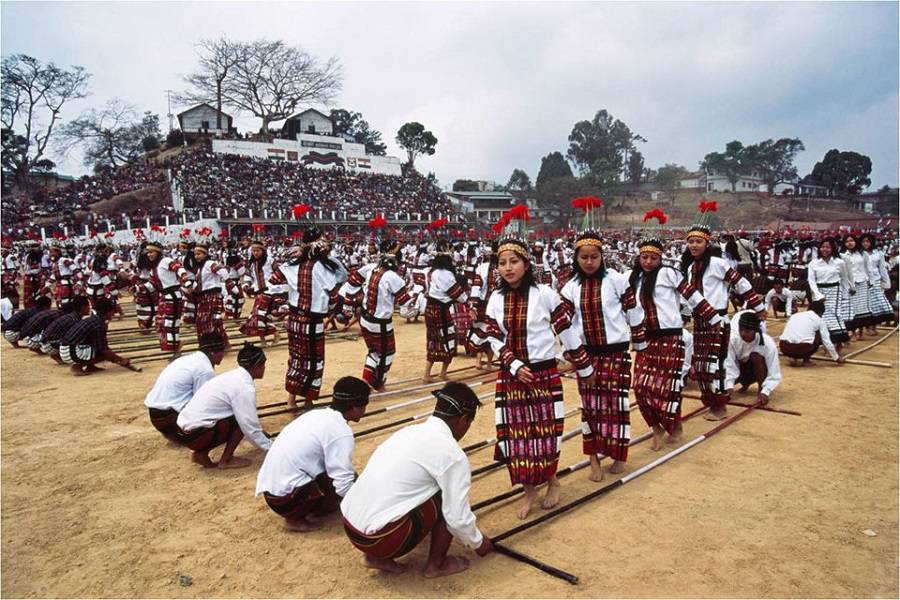 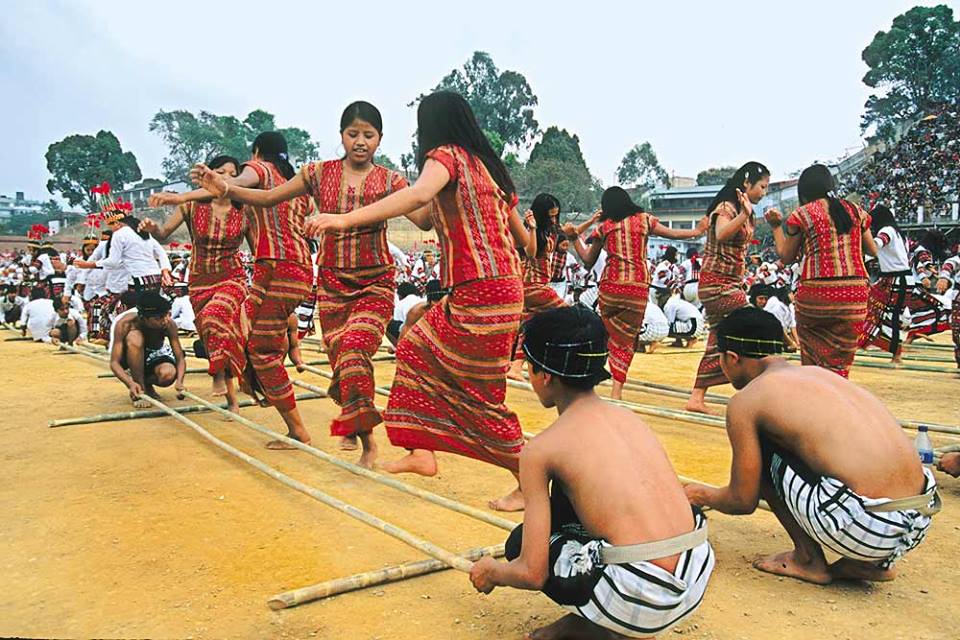 Men stoops wearing their simple single piece around their waist and a shirt and perhaps a broadened belt like string to hold the two together, with a bandana in their forehead. Their responsibility is to control the opening and the closing of the bamboo sticks. Women do the exotic performance. Skipping their way such that it synchronizes with the opening and closing of the bamboo sticks. But this isn’t just skipping. Again dressed in plantain clothes, their head like mud out of which grows the beautiful red flowers, they dance mostly independent with a sense of the collective. At times, they break the structure to form strong doublets and with their hands clap one another almost like the Gujrati dandiya folk form. The Cheraw dance form gives you a sense of merry making like the merry making Christmas without much decoration but rustic like Christmas in a mountain village but having the same spirit. And the movements imitate nature – birds flying, trees swaying, rice paddy blooming out to allure the world. And the good news is the sense of practice which has carry forwarded the Cheraw dance form with itself with pride and integrity.