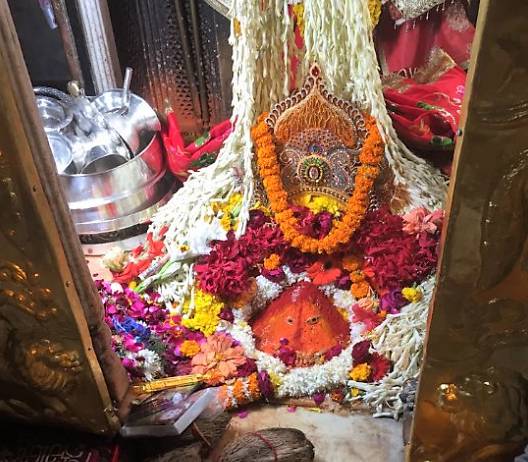 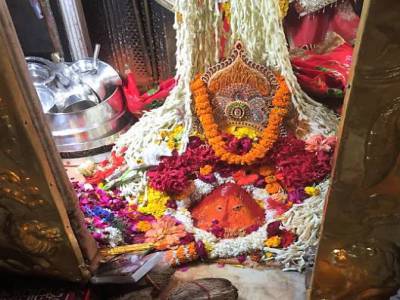 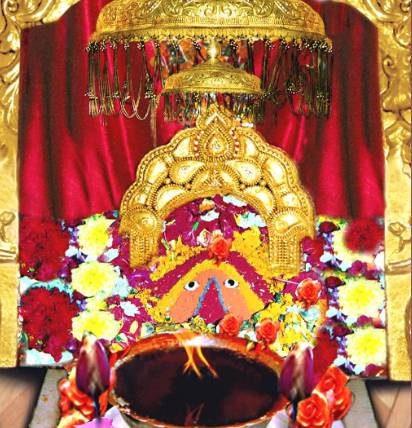 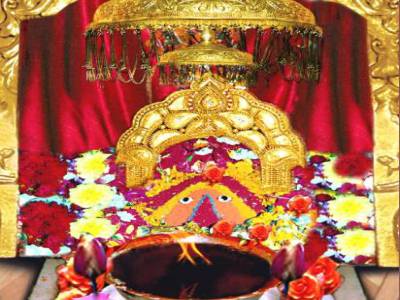 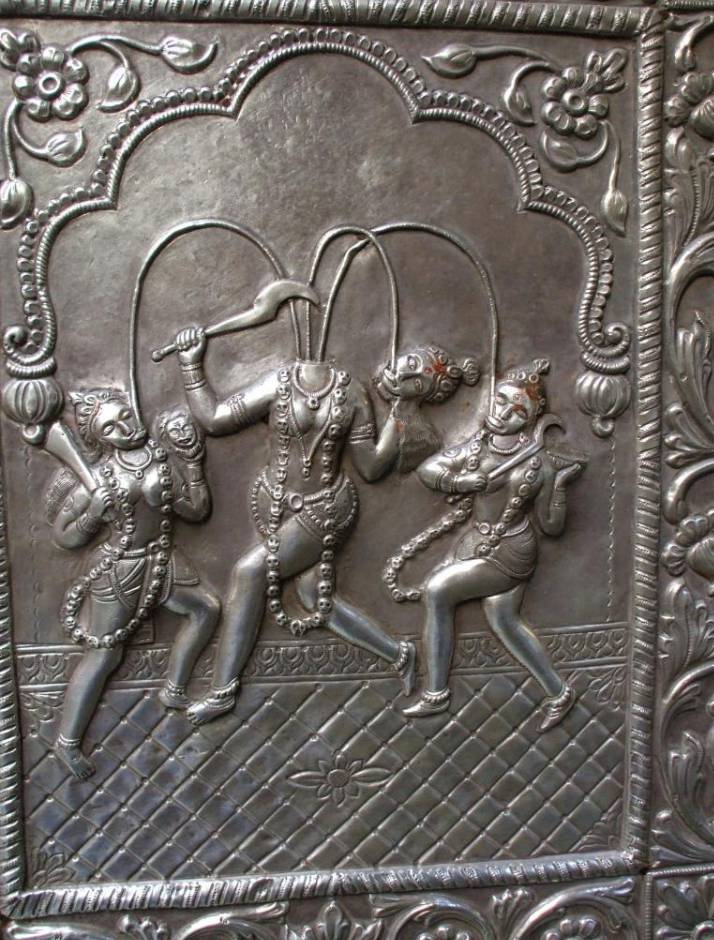 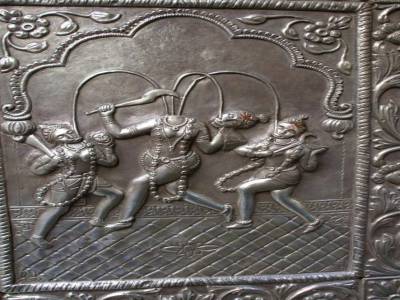 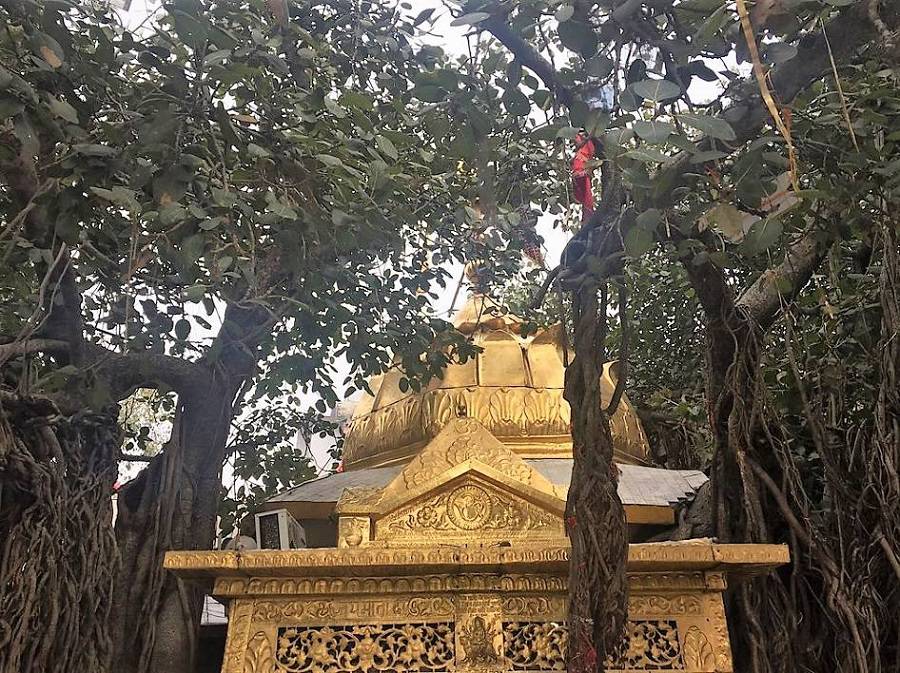 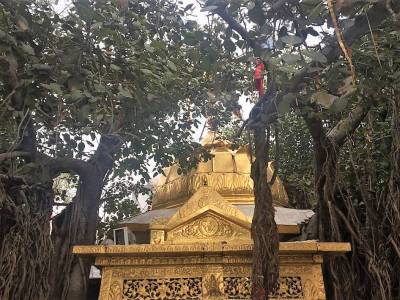 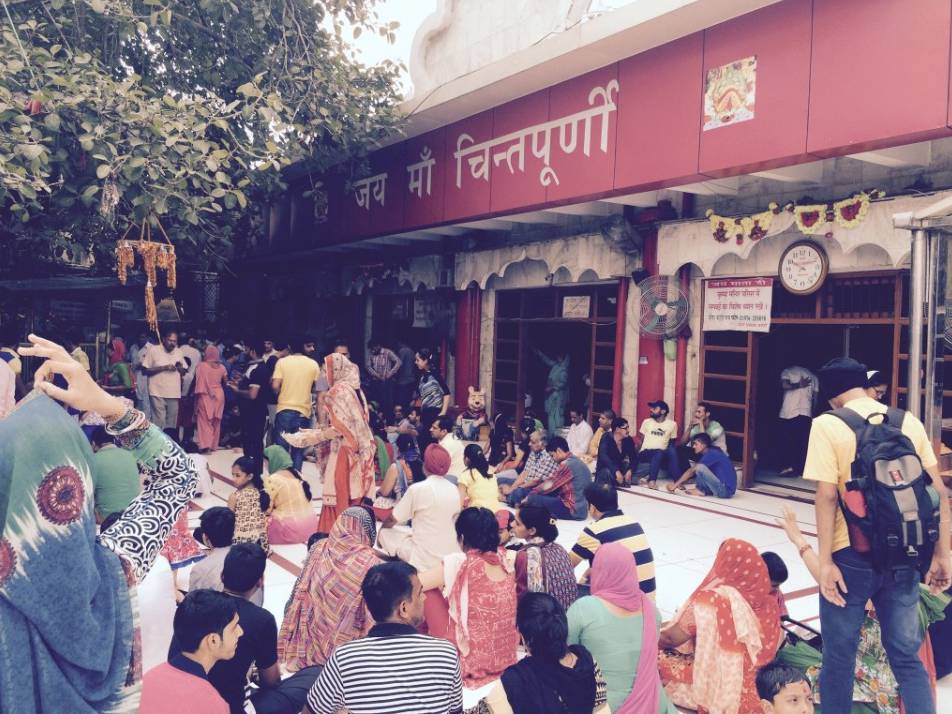 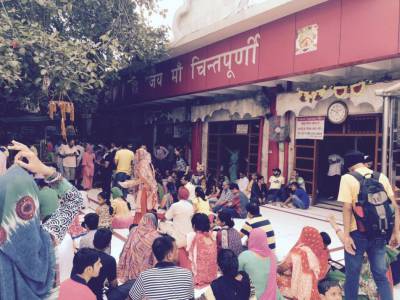 The Chintpurni Devi Temple situated in the Una district of Himachal Pradesh is a shrine dedicated to the site at which the goddesses head is supposed to have fallen. In continuation of the legend in Hindu mythology that narrates how Shiva's dance of initiating turbulence in worldly and divine affairs was brought to a premature halt by the preserver of both worlds Vishnu when he severed the corpse of Shiva's wife with a revolving blade, his trademark weapon. It was the only way which Vishnu sought appropriate to bring to a halt Shiva's dance of destruction and preserve life. Subsequently wherever the served parts of the goddesses body fell were converted into very powerful and major spots of religious significance for its auspiciousness and spiritual power withheld. That is the place where head of goddess Sati fallen in Satya Yuga and later a shaktipeetha was established here.

The Chintpurni Devi Temple is a religious community for the shrine of the Chinnamasta devi who is depicted holding her severed head in her own hand and drinking the blood oozing out of her neck. Chinnamasta is a very powerful deity and legend has it that after a fierce battle to defeat demonic and evil forces, Chinnamasta successfully quenched her thirst for blood but her associate yogini emanations were still thirsty for more. Hence the goddess cut up her own head to quench their thirst. Thus the shrine of the deity Chinnmasta is always accompanied and depicted with two associate yoginis by her side drinking from the streams of blood emanating from the goddesses severed head. The temple and its deity are an embodiment or emblem of supreme selflessness and sacrifice and draw millions of devotees who come to seek her blessings and offer their prayers and oblations at her lotus feet.