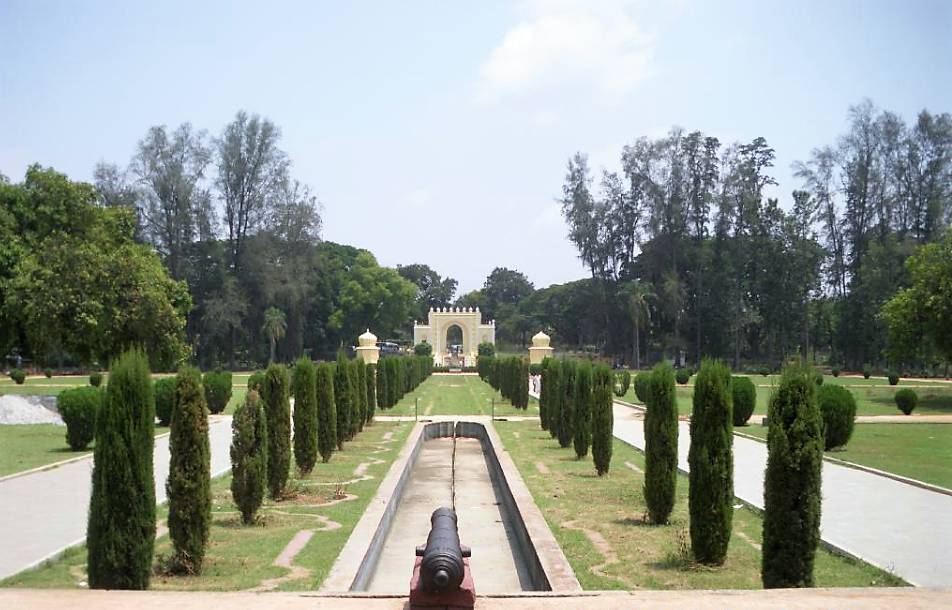 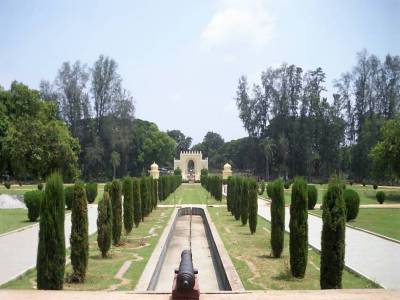 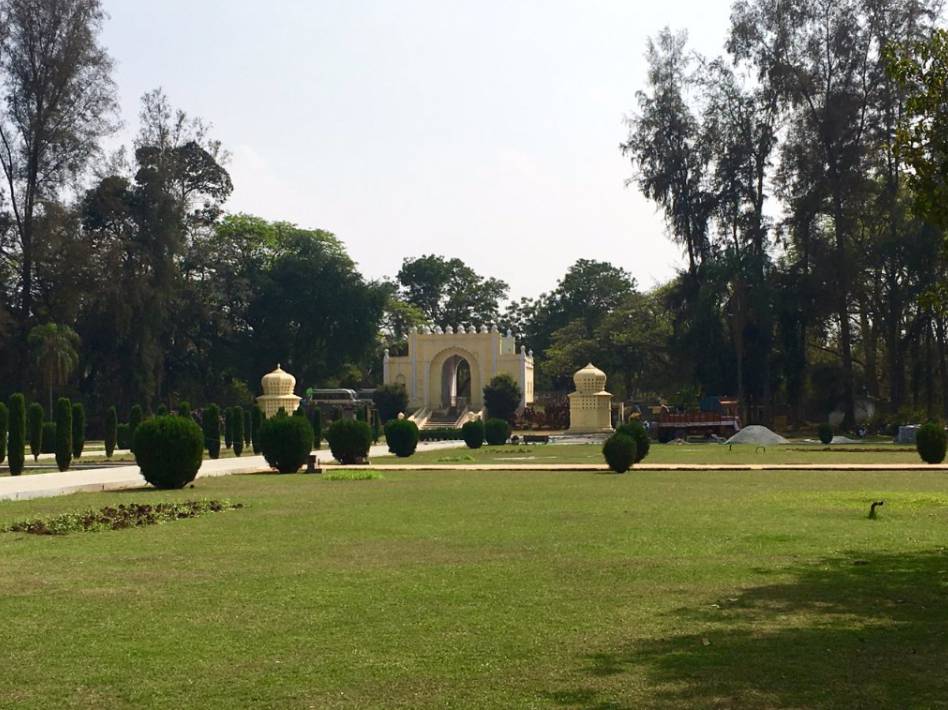 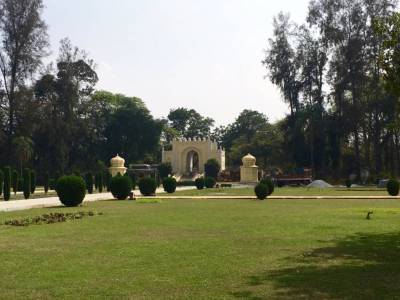 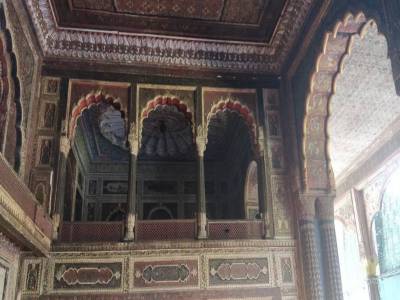 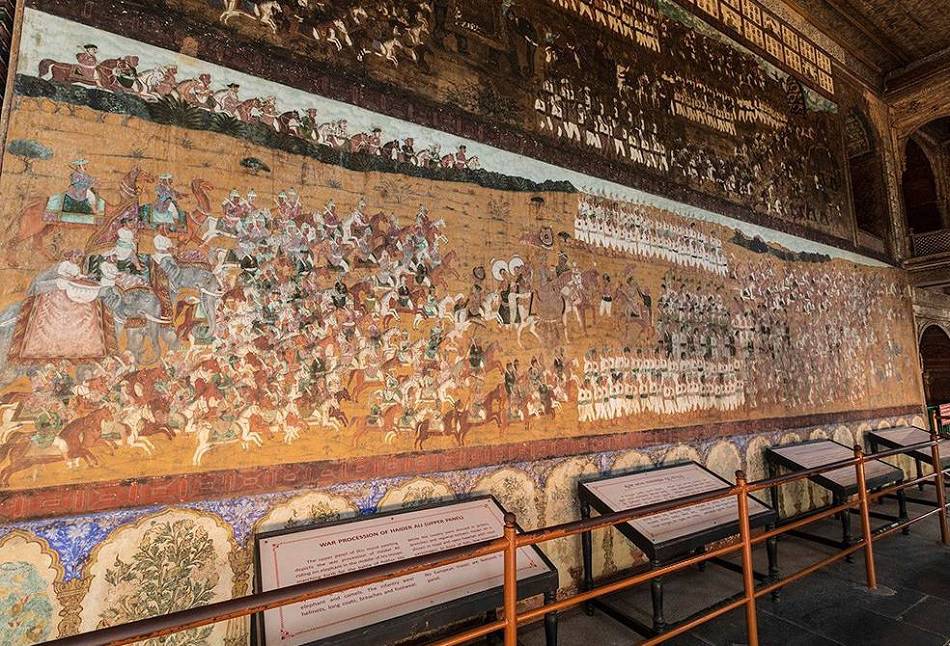 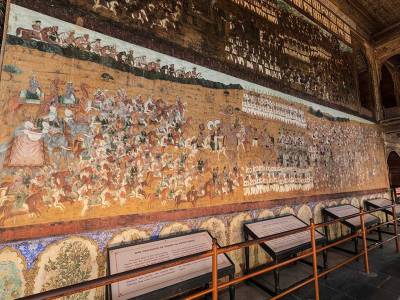 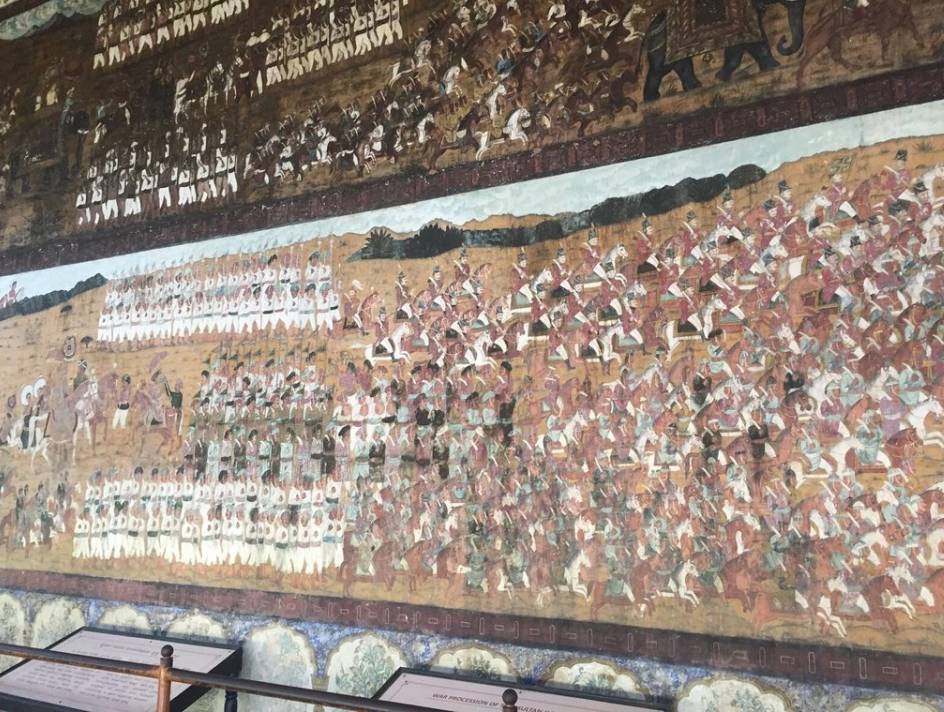 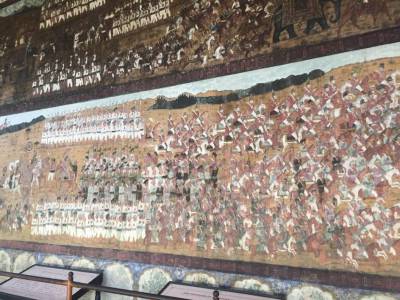 The Tipu Sultan built the Daria Daulat Bagh palace in 1784 and ruled his Mysore kingdom from here for a short time after his father, Hyder Ali, snatched Srirangapatnam away from the Wodeyars. The Daria Daulat Bagh is a palace situated in Srirangapatnam in Mandya district of Karnataka. The literal translation of the name means ‘Garden of the Sea of Wealth’. As mentioned earlier, the palace is made mainly of teakwood and the architecture follows the Indo-Saracenic style. The palace has been built on a raised platform and follows a rectangular plan. Open corridors are situated on the four sides of the platform along with wooden pillars built on the edges of the plinth. It is divided into four wings. The northern and southern wings comprise of recessed bays with pillars supporting the roofs while the eastern and western wings have walls.

One of the most attracting aspects of the Daria Daulat Bagh is that the available space on the walls, pillars, canopies, and arches have been adorned with colorful frescoes, painted in the Mysore painting style.

On the western wall, the panels depict Tipu Sultan’s army going to battle, Col. Bailee being troubled, as he is besieged by the army of Tipu Sultan, Lally leading the French soldiers and the late arrival of the Nizam of Hyderabad with his army and to help the English. The eastern wall displays paintings which show the Darbar scenes of Tipu Sultan including the Raja of Tanjore, the Rani of Chitor and other important rulers of the era.

The top floor of the Daria Daulat Bagh houses the Tipu Sultan Museum, which displays a collection of Tipu Sultan’s accessories, paintings, and Persian manuscripts.

15 INR for Indians and 200 INR for Foreigners