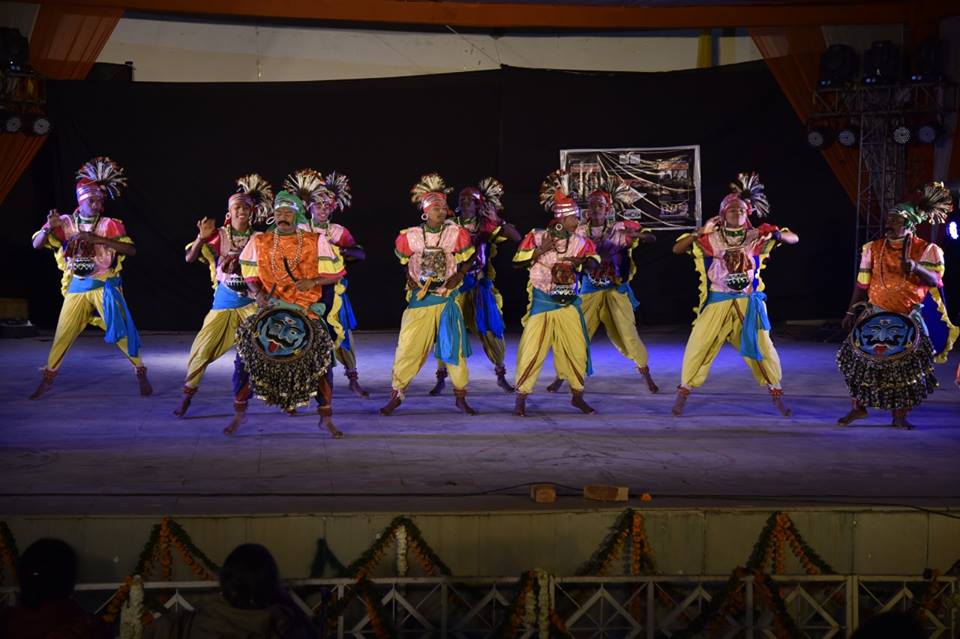 The origin of Ghumura folk dance form Odisha, India. The Ghumura is out-rightly a dance of extreme energy and celebration, a power packed clementine. A collection mainly tapping to the long blowing horns and drums, at times the structure breaks to discrete sub groups in strong pyramidal assembly, at times solo performers run across playing a sharp note on his horn or rolling past in some hyper energetic rhythm . At times imitating truly the phenomena called sound – stretching and compressing the space. Scenes of the deity getting driven by the horses, lateral shifts left and right, phase transitioning to circular ensembles and there is a gradual anisotropy in the music, sharpness in the homogeneous calmness yet the mood of celebration persists. A performer equipped with peacock feather fans the space as if acting like the global eraser erasing whatever is supposed to be erased or providing the necessary wind for the static to flow. Drummers play the role of the time keeper as Leonard Cohen introduced his drummer whilst participating in the some involved kneeling postures.

Myth wise there are many excerpts. Few accepting Chandra Dhwaja as the originator later taken over by Karttabirya Asura. Again, few accept Ghumura is a war dance in an attempt to imitate the war of the Worlds. Ghumura by its own self is the unified soul, a musical instrument to kill or rather transform the Mahisasur, with Shiva’s Dambaru and Saraswati Veena as the ingredients.