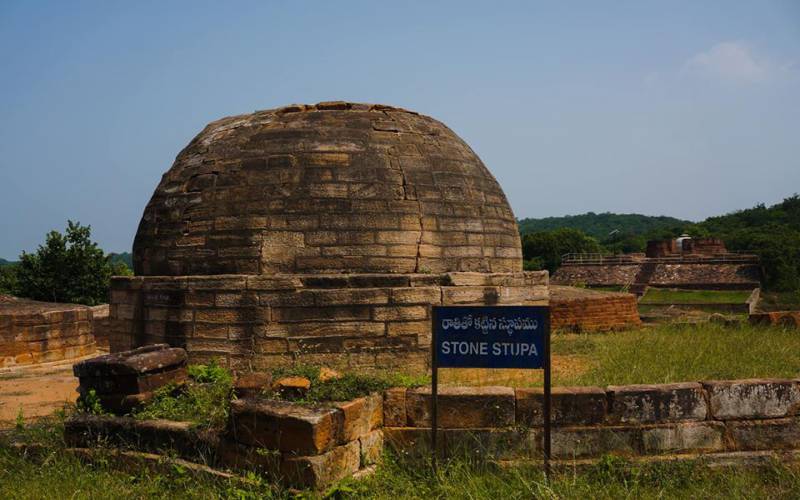 Guntupalli Group of Monuments of the Buddhists is located Kamavarapukota, which lies in the West Godavari District of the Indian state, Andhra Pradesh. West Godavari and East Godavari district are known for being the most popular pilgrimage site as the most ancients and most important temples and devotion centres are located in this part of India. These temples are known for providing a great amount of knowledge with the help of wall carvings and paintings created on the walls of the temples.

This pilgrimage site is slightly similar to other Buddhist caves present across India but is slightly different at the same time. Similar to that of other caves, There is a chaitya hall inside the cave where the entrance of the cave has been carved on stone. But the entrance of the cave is made in a different and rare stricture which is similar to wooden structure carvings. There are two Buddhist caves located within the Guntupalli Group of Buddhist Monuments where you can see that several large stupas and erected inside the cave.

Apart from the structure being similar to that of other caves, there is a brick formation structure present in the pilgrimage site protecting the cave. This structural building is also very famous due to the fact that three rare relic caskets were found at the pilgrimage site. These caskets contained various types of treasure like gold, silver, rare gems, crystal beads and more. There were inscriptions found on top of these caskets dated back to the 9th century AD.