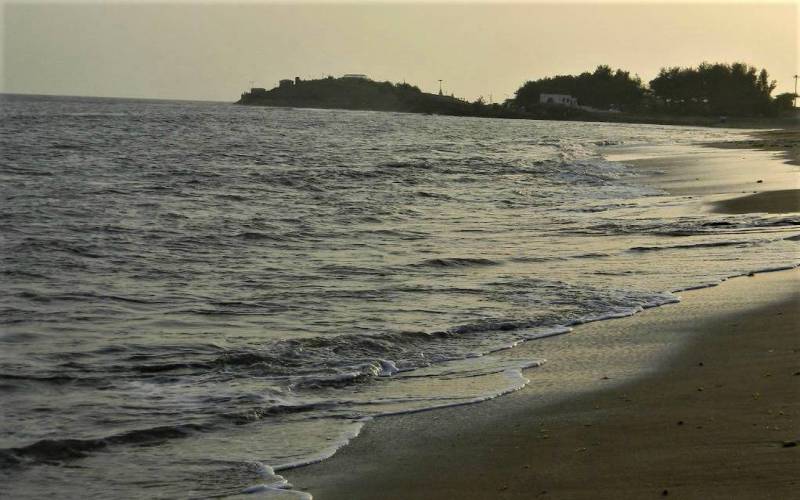 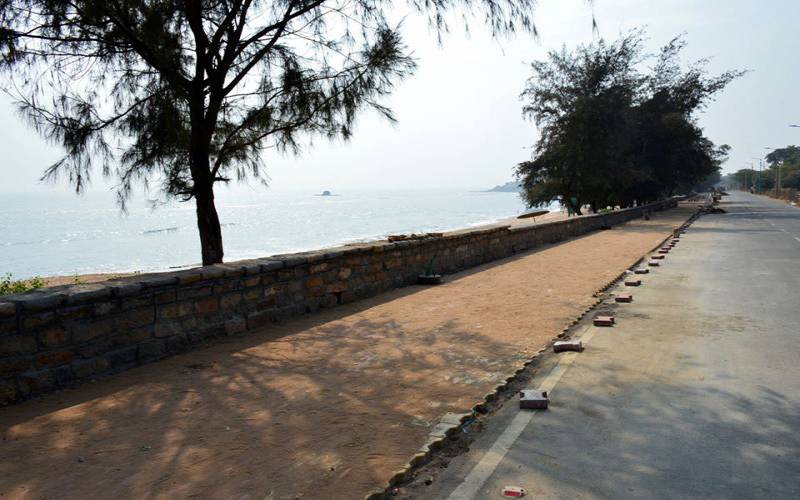 Jallandhar Beach in Diu is another peculiar coastline beach which also attracts its own fair share of tourists who like to have a good time on beach. The beach is not exactly like a beach, it’s more like a small patch of sand with the calm sea beside it. The beach is usually famous for its aesthetic views and people, especially photographers who have a huge passion for clicking and taking pictures. There is also an important mythological significance of this place. It is said that Jallandhar was killed at this place and was buried here.

The myth goes like that once Jallandhar the demon had fallen in love with Lord Shiva’s wife, Goddess Parvati, and wanted to marry her. However, Lord Shiva was on the way and one day Jallandhar had insulted Lord Shiva for his poor condition and that he doesn’t deserve someone like Goddess Parvati. This infuriated Shiva and he wanted to kill Jallandhar. However, this was not possible as Jallandhar had a boon where no one could kill him ever as long as his wife, Tulsi’s purity was to be intact. This was a major hindrance.

Then Lord Shiva consulted the other two gods Lord Vishnu and Lord Brahma and came up with the plan that Lord Vishnu was to create an illusion of Jallandhar in front of Tulsi. He reached on this very beach, transformed himself to Jallandhar and called Tulsi to his embrace. Upon embracing him, to Tulsi’s horror, the Lord showed his true identity, this made Tulsi lose her purity and she jumped in the sacrifice fire nearby. This again angered Jallandhar and he went to the battle ground to fight Lord Shiva where he was ultimately killed.

There is a Jallandhar shrine nearby in the beach and one of the most fascinating things about it is that there is a huge rock on the shrine and there is a face carved on it. This face is said to be of Jallandhar and it was carved while burying him so that people would know whose shrine it is. This myth is also interesting as there are rarely any shrines of monsters found in India. He was a special one as some of the gods had equally loved him as well, and if it was not for the lust, he would have been deemed to be a good demon.

There are various other attractions nearby from a number of churches like St Paul’s church and St Thomas’ church. The place is filled with a number of beaches and hence one would often find beaches scattered over the whole territory owing to the fact that it is an island. There is also the shell museum near the beach along with a dinosaur park which is famous amongst the kids during the vacation.