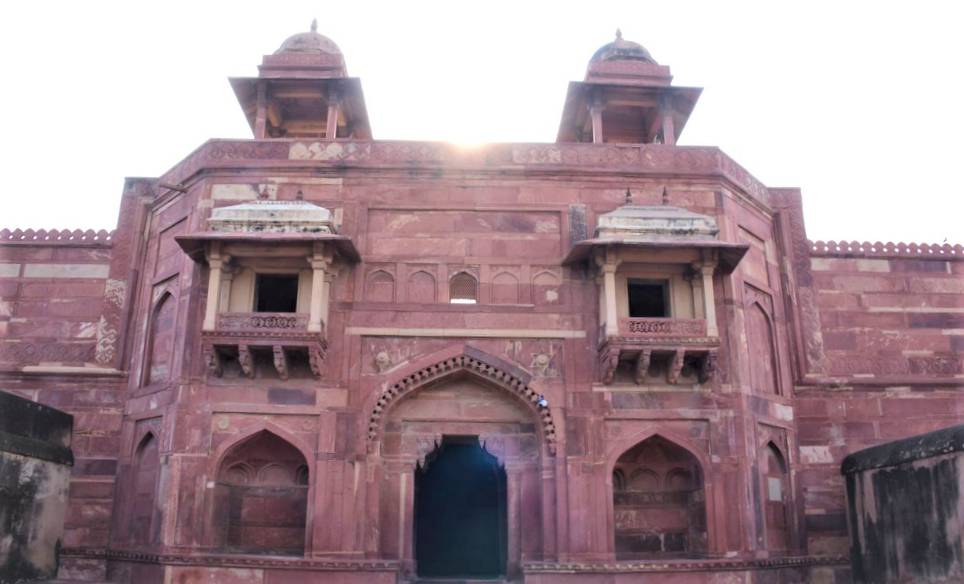 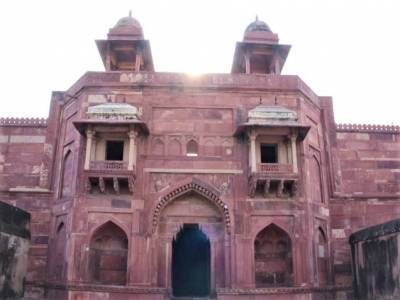 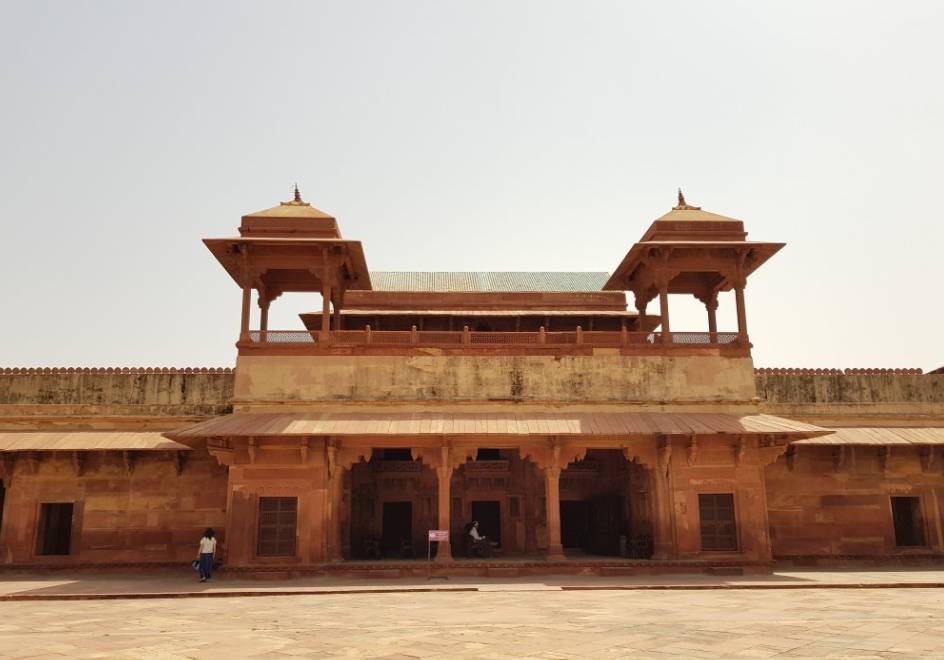 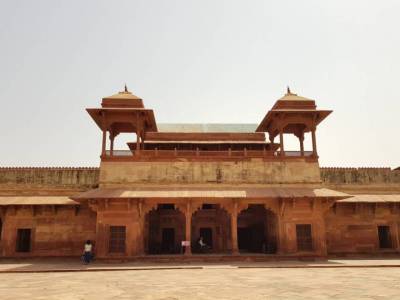 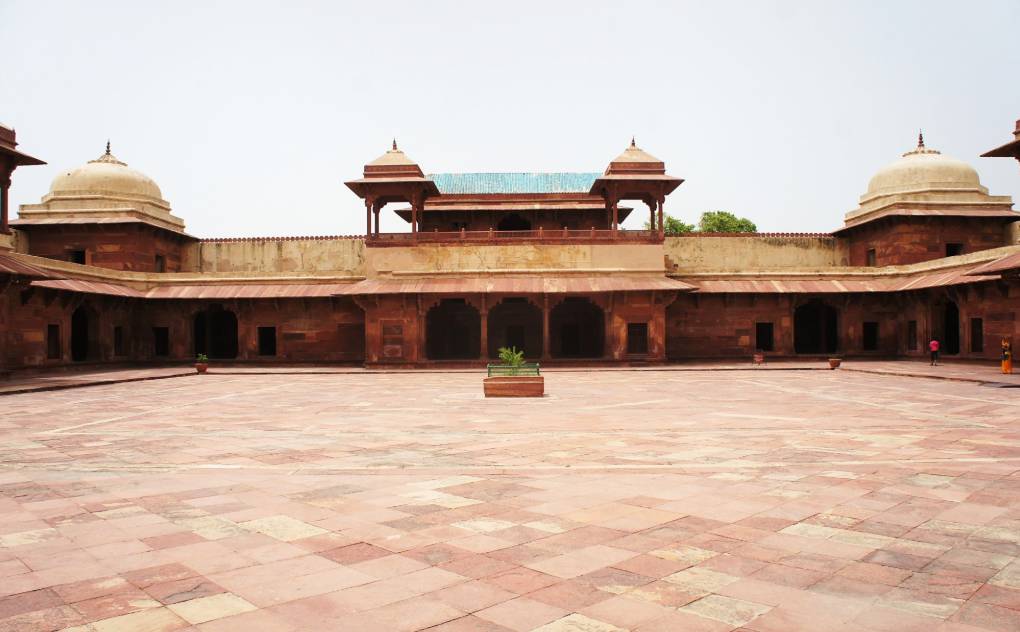 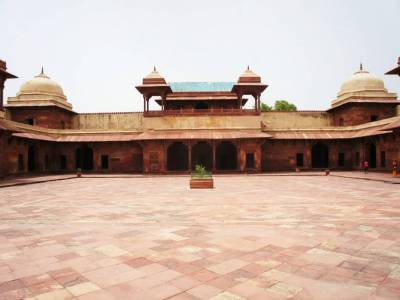 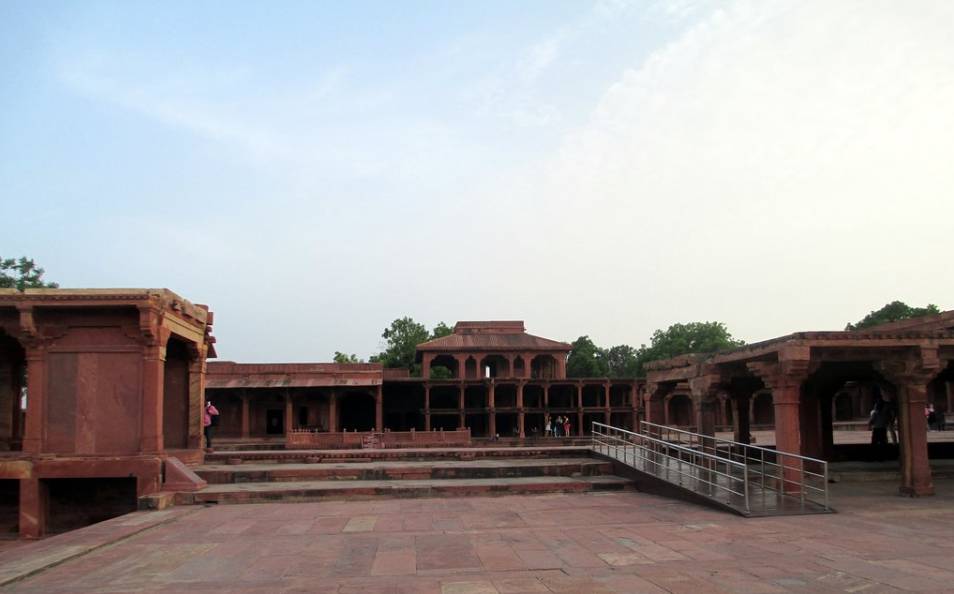 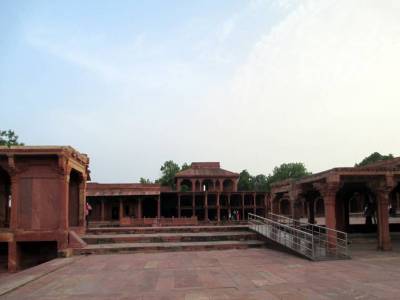 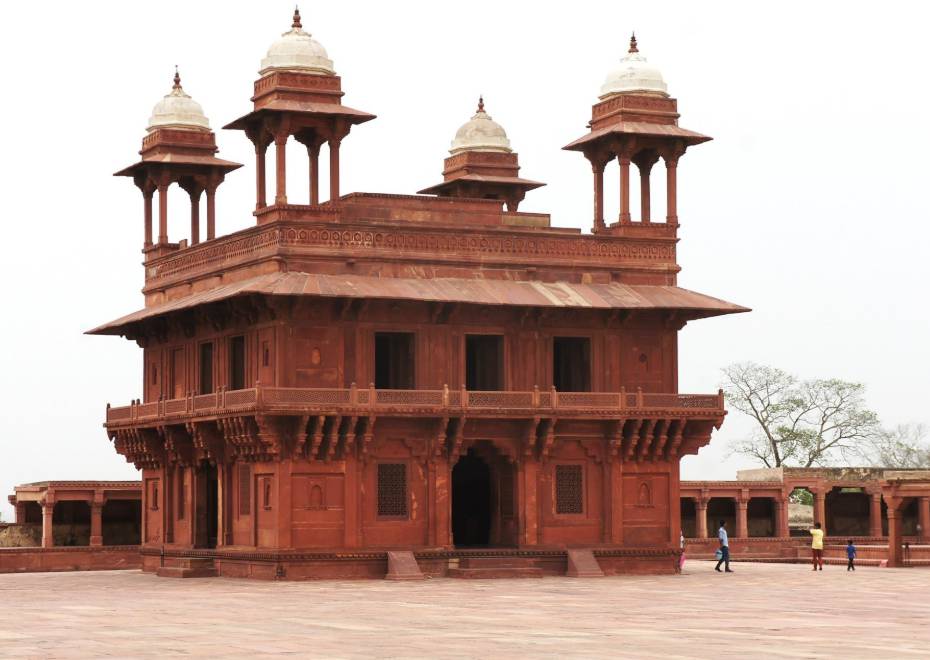 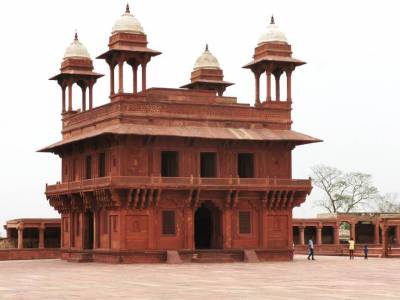 Jodha Bai Palace is one of the most astounding monuments from the Mughal Era. It signifies the unity of diversity in the medieval periods. The palace is a rich mine of history & art. It has been designated as a world heritage monument by UNESCO.

The Mughal reign during the medieval India was one of the golden periods of Indian Civilization. From administrational restructuring of Indian Economy to construction of some of the breath taking architectural marvels in the world, all were done during this glorious Mughal Era. Though Mughals were a batch of Mongol invaders from the Oriental Asia, still instead of plundering India they enriched the country with art, culture, inventions and many more. Politically & culturally, the most prosperous Mughal period belonged to the reign of Akbar the Great. The most popular construction during the reign of Akbar was the Fatehpur Sikri. It is located in Uttar Pradesh and it served as the royal fortress of the Mughals for 15 years.

It was built in the memory of the famous Sufi Saint Salim Chisti. However, the most beautiful monument in Fatehpur Sikri is the Royal Palace of Queen Jodha Bai. She was the Raput queen of Emperor Akbar. The Jodha Bai Palace was built for the queen as she was the most beloved and the mother of the Emperor’s heir. You will find a staunch amalgamation of contrasting Rajput & Mughal architectures in the structure of this palace. This is indeed a must visit tourist spot.

Fatehpur Sikri Monuments (Jodha Bai Palace is a part of Monuments) open at 06:00 AM to 06:30 PM (Friday Closed)

40 INR for Indian and 510 INR for Foreigners