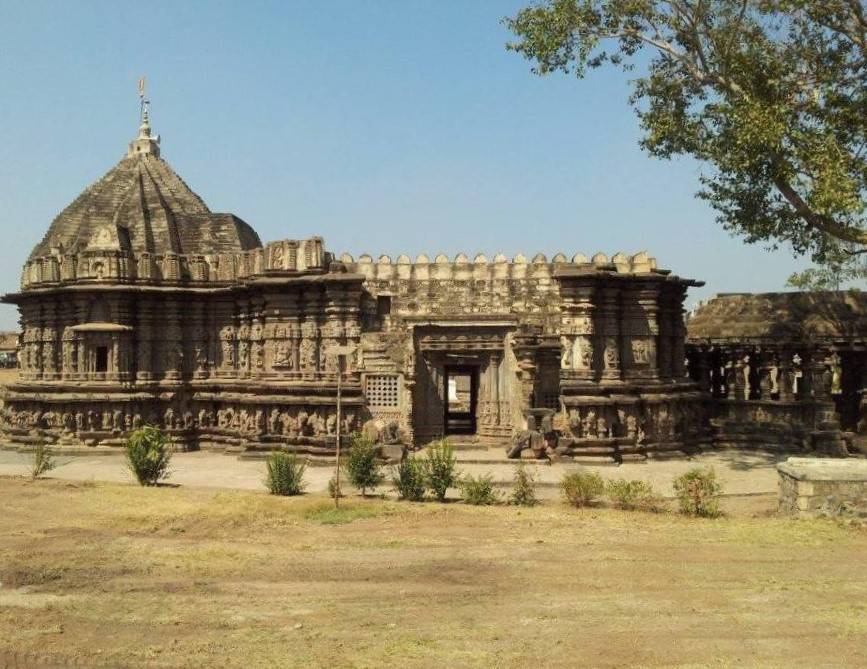 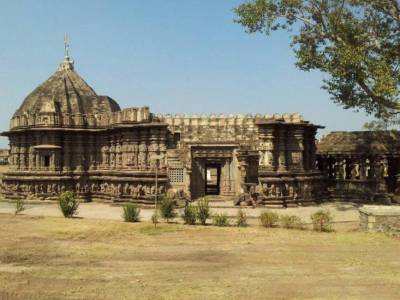 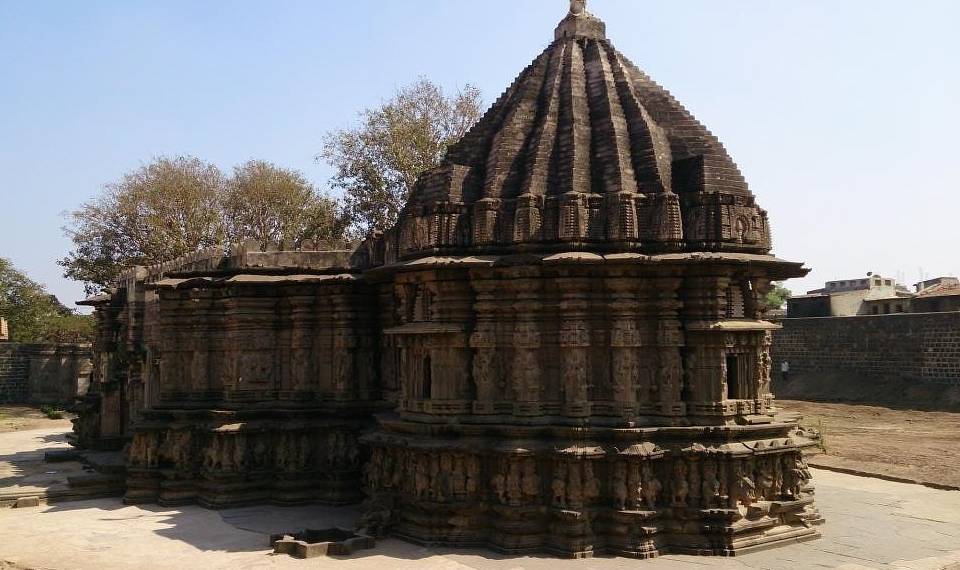 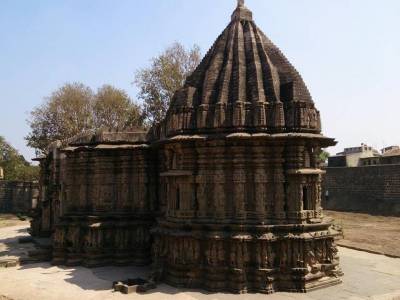 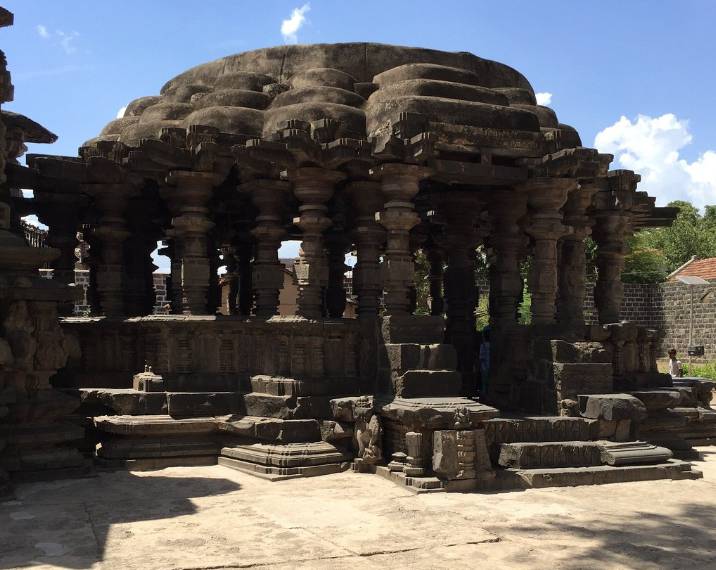 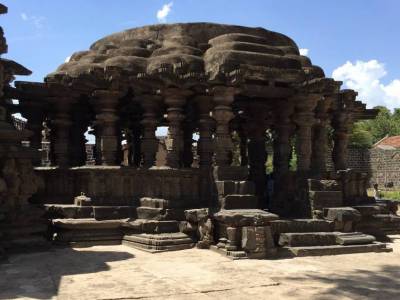 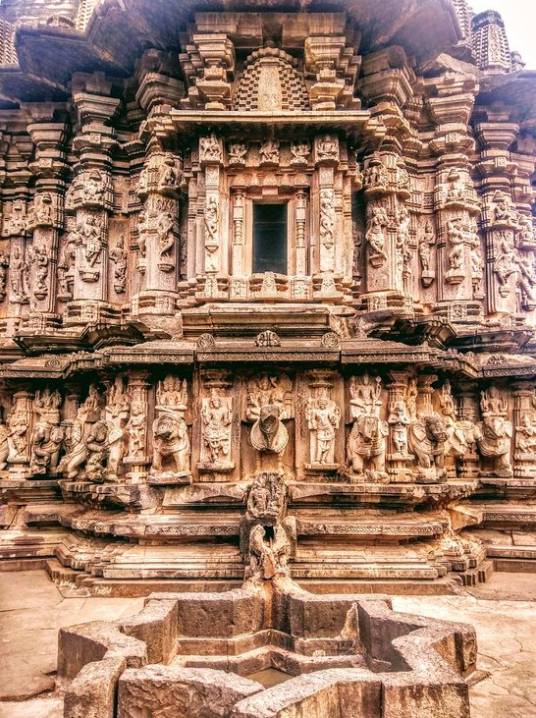 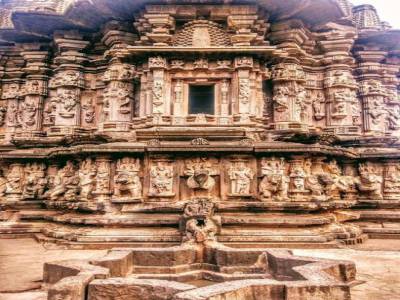 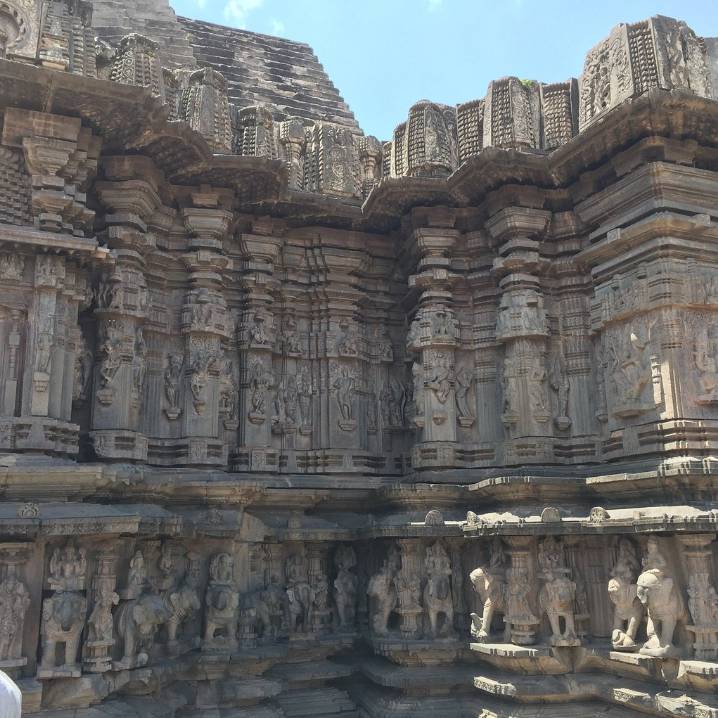 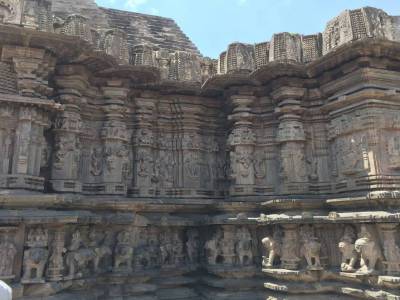 Kopeshwar Temple, located at the Kolhapur district of Maharashtra, depicts the vision of Indian mythology. Kopeshwar temple is a beautiful reflection of Indian Archaeology Heritage. The temple's body is engraved with several inscriptions out of which 12 were identified as Kanadda script except one in Devnagri. It has a special chamber called "Swarg Mandap", a hole at the centre of the ceiling in a doom shaped give you the glimpse of heaven through it. Swarg Mandap has 12 round pillars, stunningly engraved King and Queens with their vehicle on them. This pillar has been geometrically placed which gives you the miniature version of the sculpture.

The Kopeshwar Temple has 12 deities carved on the wall, along with Brahma, Vishnu and Maheswara. It is said that Lord Shiva got furious at the death of his beloved wife Sati and on the verge of the destruction of the world. So, Vishnu appeared as a pacifier to stop Lord Shiva from the devastation. Hence the temple got the name Kopeshwar where Kopa means anger in Sanskrit. The Sabha Mandap is a part of the temple with little altered from Swarg Mandap. Here rooftops are closed and the Saraswati Devi statue at the top of the entry door. It has an amazing carving and cutting of a deity which is a glitches expression of art. Kopeshwar Temple depicts of Indian Culture between 1109 AD to 1178 AD.