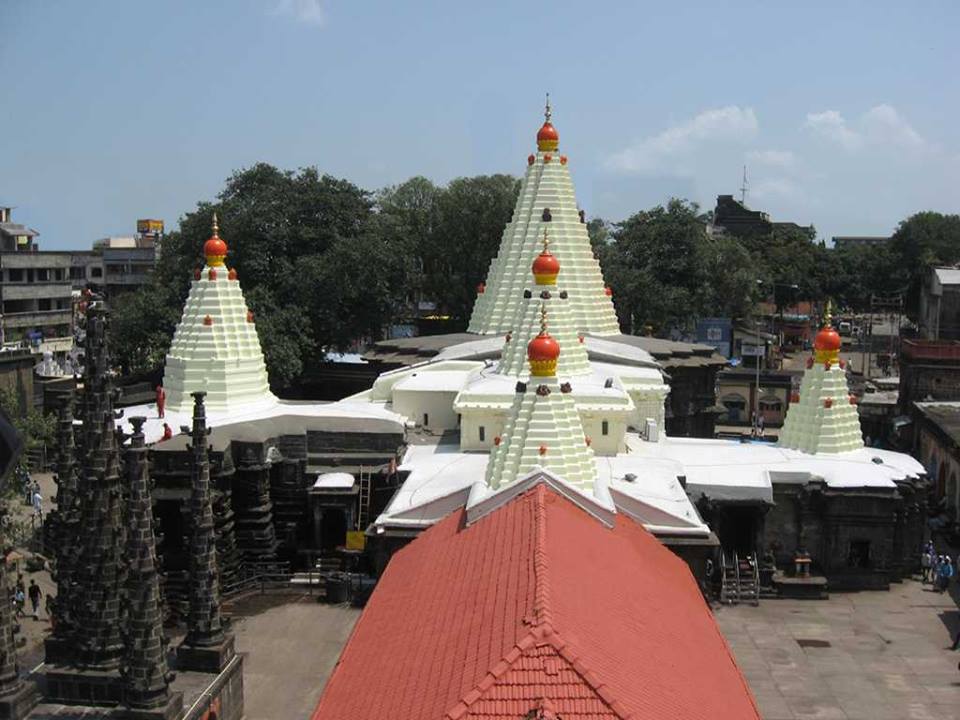 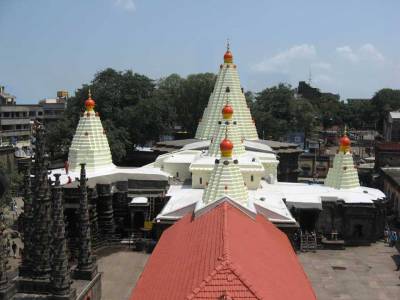 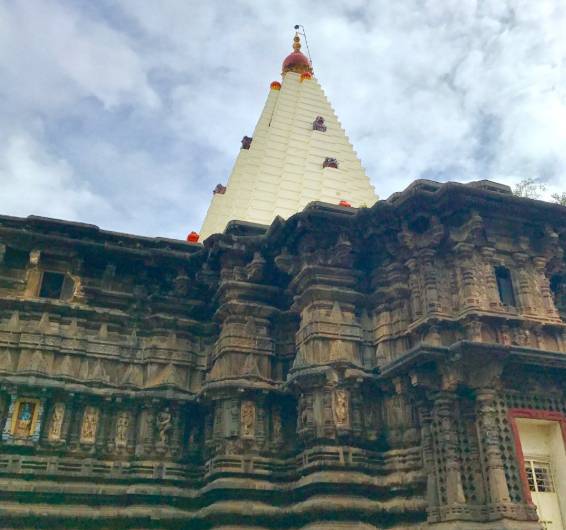 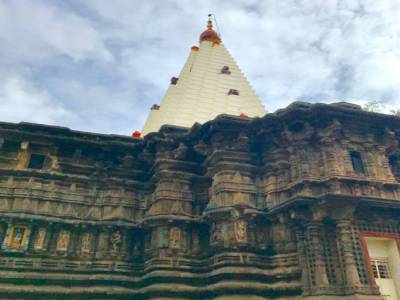 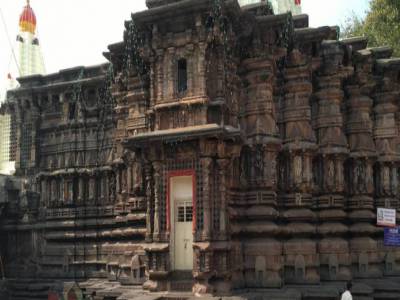 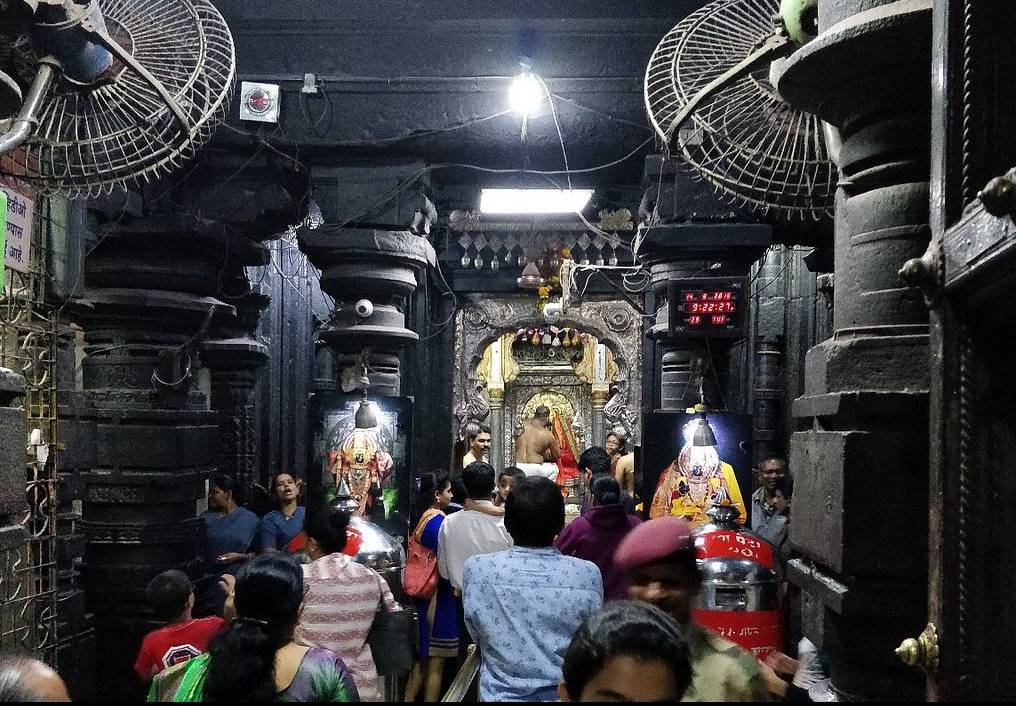 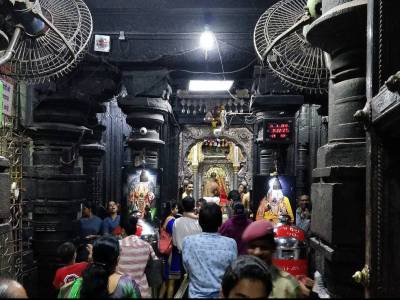 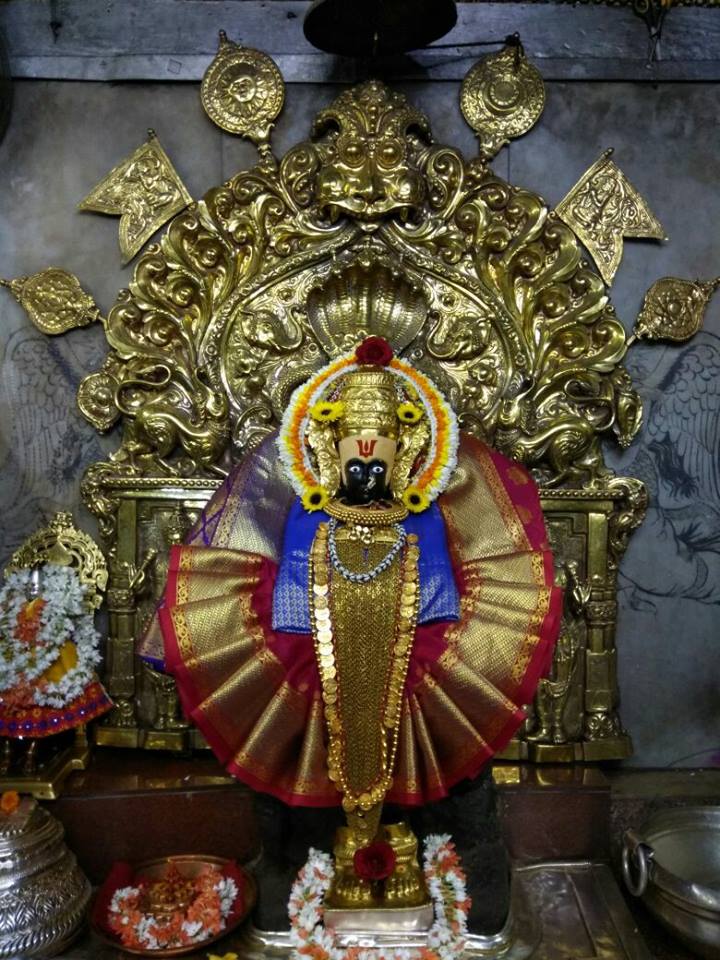 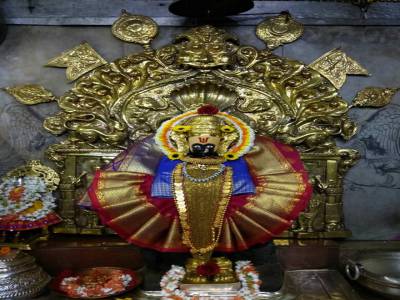 The Mahalakshmi temple is located in the Kolhapur district of Maharashtra and holds quite a significance in the Hindu pilgrimage as it is one of the 18 Shakti Peeth’s listed on the various Puranas of the Hindu religion. The Mahalakshmi temple is known for manifesting Shakti also known by as the Energy of the Supreme Lord, one of the only six such places where the Shakti worshippers can free themselves from the longings.

It is located on the banks of Holy River Panchganga situated around 252 km south of Pune. Its name is derived from the goddess Laxmi and this place is believed to harvest the divine couple Laxmi and Vishnu. It is mounted on a stone-based platform and has the statue of the goddess Mahalaxmi carved out from different gemstones totaling a weight of over 40 kgs. Its an image carved out of black stone and is around 3 feet height-wise. There are other aspects like Shri Yantra, Stone lion i.e. Vahana of goddess along with the statue.

The Mahalakshmi temple isn’t just limited to these as it has other plenty of shrines like Navagrahas, Surya, Mahishasuramardini, Shiva, Vishnu, Tulja Bhavani in the courtyard. As of norm, most of these images are from the 11th century and others are later dated. It was first built during the 7th century and has been denoted in multiple Puranas.

There’s a say that Goddes Laxmi and Lord Vishnu are seated at this temple eternally and won’t leave the place at all giving the place a name of Avimuktashetra. Mahalakshmi temple is also known for being a Shakti Peeth, the highly revered shrines of the Hindu mythology Shakti. The place offers worships on a daily basis with the opening being at 4:30 am and the night Arti being at 10 pm. Furthermore, major festivals are celebrated with such grace here that visitors are amused all over.