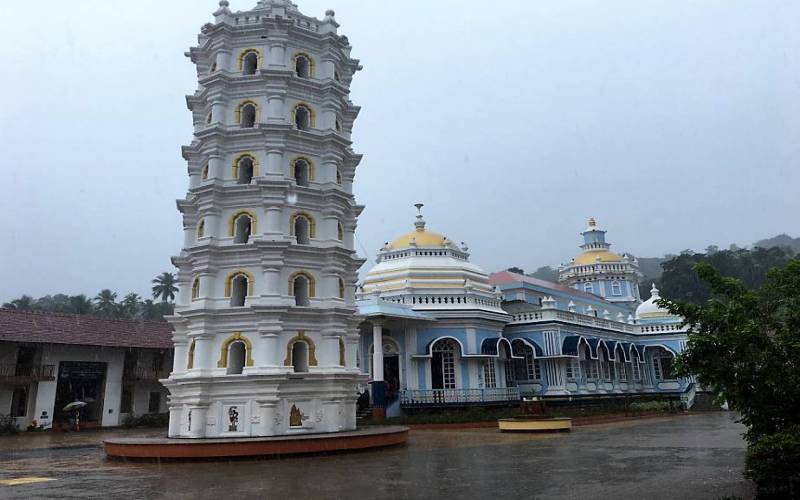 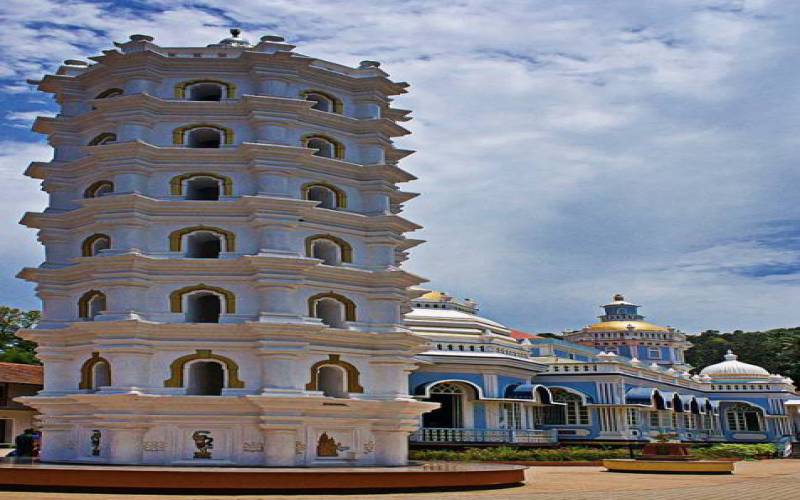 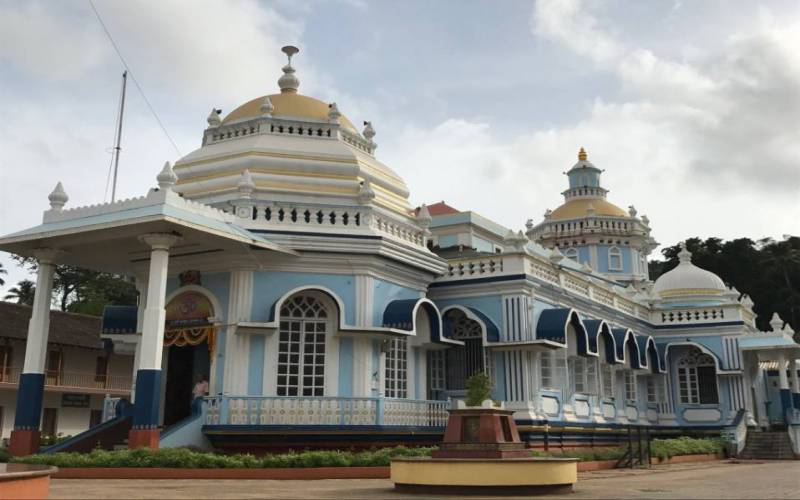 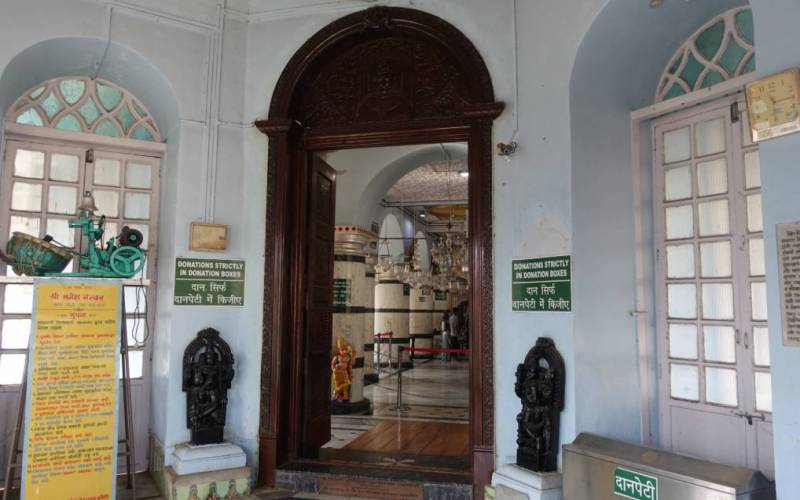 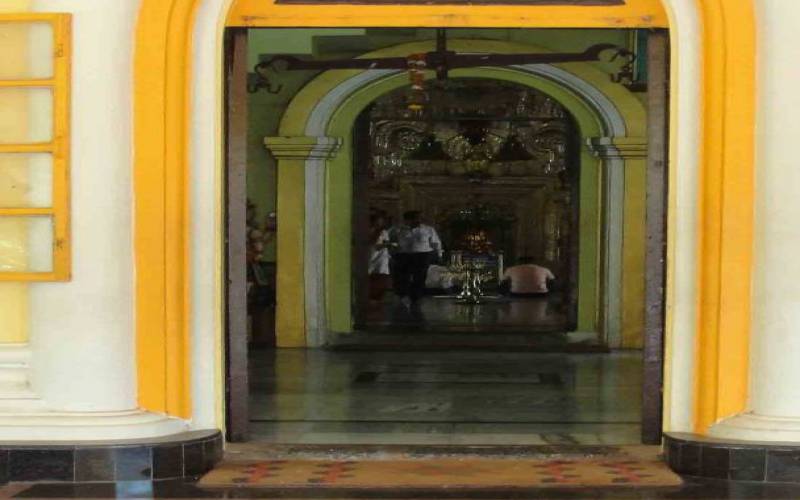 It is believed that Mangeshi temple originated in Kushasthali, a village in Murmugao. After the Portuguese invasion, the Christian conversions started at the area in the year 1560. In fear of such blasphemy, Vatsa Gotra and Saraswats of Kaundinya Gotra decided to move the Mangesh Linga Mangeshi in Priol village. The Mangeshi temple has been renovated twice by the Maratha kings and also in 1890 during the British Raj. The final renovation was done in 1973 by fitting a golden kalasha on top of the temple dome.

According to folklore, the Mangesh Linga was consecrated on the Mangireesh Mountain beside the Bhagirathi river banks by Brahma. From that location, the Saraswat Brahmins brought the Linga to Trihotrapuri situated in Bihar. Then they carried the Linga to Gomantaka, settled it down at Murmugao, on the banks of river Sancoale and established the Mangeshi temple there.

The main temple houses the idol of Bhagavan Manguesh, an incarnation of Shiva. He is accepted as the ‘kuldevta’ of the Goud Saraswat Brahmins who journeyed with the Linga. The Mangeshi temple complex also has shrines where various other deities are worshipped. Goddess Parvati, Lord Ganesha, Nandikeshvar, Gajan, Bhagvati, and Gramapurusha Deva Sharma have shrines dedicated to them. Even subsidiary shrines with gods like Mulakeshwar, Virabhadra, KalBhairav, Garuda, Lakshminarayan, Suryanarayana are situated behind the main shrine.

The Mangeshi temple has a 450-year old history and yet it has a clean, elegant structure with several domes, plasters, and balustrades. A bull statue of Lord Nandi and the seven-storey Deepstambha are some of the eye-catching architecture of the temple. But surprisingly, the oldest part of the Mangeshi temple is believed to be the magnificent water tank located inside the complex. The Mangeshi Temple is located in Priol of Ponda taluka and is about 21 KM from the Panaji and is well connected by roadways to various other parts of the Goa state.