There were many great personalities in the history of our Indian civilization, both indigenous and foreigner. But the common thing among them was that they all contributed in one way or another in building the nation to the state it is now. Well one of the foreign origin kings, who did wonders to the civic life of India, was the famous emperor of India from the Middle Ages, Sher Shah Suri. The Sher Shah Suri Tomb in Bihar was built to bury the last remains of this great Indian King. The greatness of Sher Shah was not in defeating the Mughals and establishing the Suri Empire in India but to give India the civic infrastructure it lacked. From planning of cities to administrative layout and from instruction of millstone system to the laying of the Grand Truck road, connecting Bengal to Lahore, the first natural highway.

All his initiative gave the modern India the much needed foundation it needed. However, the reign of the emperor was short lived due to an accident in a battle and in Sasaram lays the Sher Shah Suri Tomb. The tomb was built with brilliant architectural prowess by Mir Mohammad Aliwal Khan in the year 1545. The Redstone building with a main dome and lots of spires was created at the center of an artificial lake to display the magnificence of Afghan inspired Indo-Islamic architectural craftsmanship. This is one of the major tourist magnets for Bihar Tourism. To revisit the era of Suri epitome and get a glimpse of human intellect at its best, make sure you do not give Sher Shah Suri Tomb a miss.

25 INR per Indians, 300 INR per Foreigners and Child's upto 15 years is free of cost allowed.

Concession on purchasing digital tickets - 20 INR per Indians and 250 INR per Foreigners. 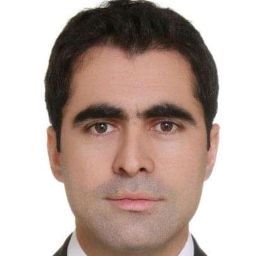 Ali khan
11 July 2019
I am from pakistan. I wish i come some day to visit this tomb and many other places in india. Please take good care of your history. Around the world world people are very good at it while in indo pak we are very casual in this respect. Allah bless the soul of shershah suri and guide us all to enlighten future.