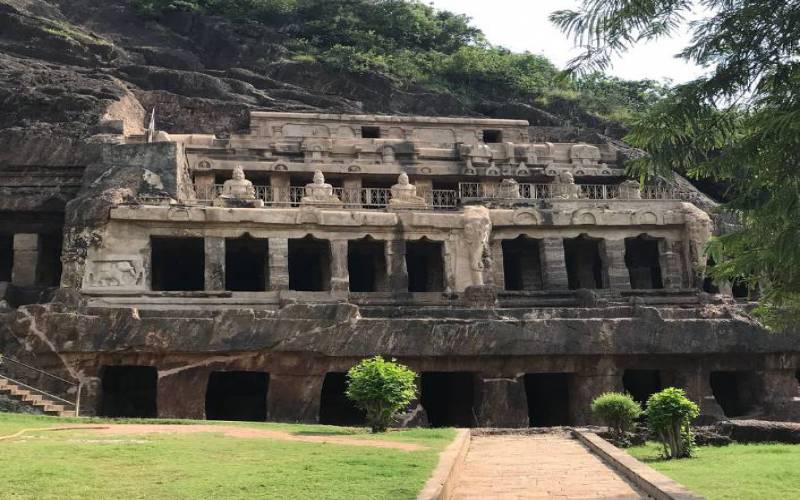 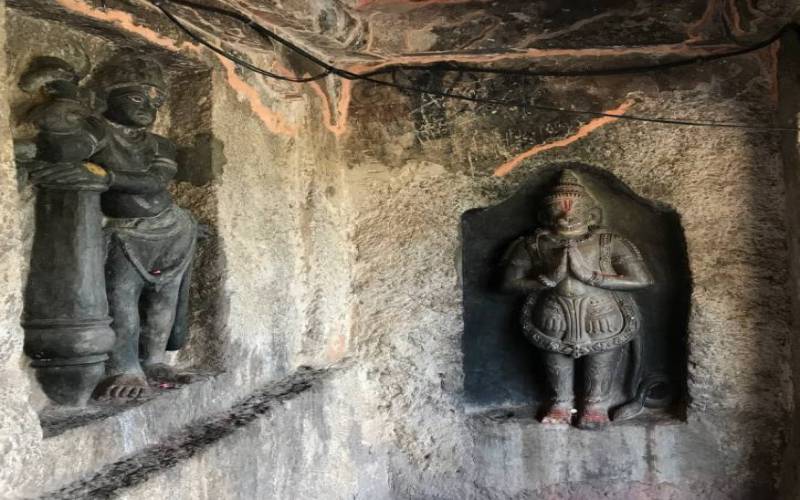 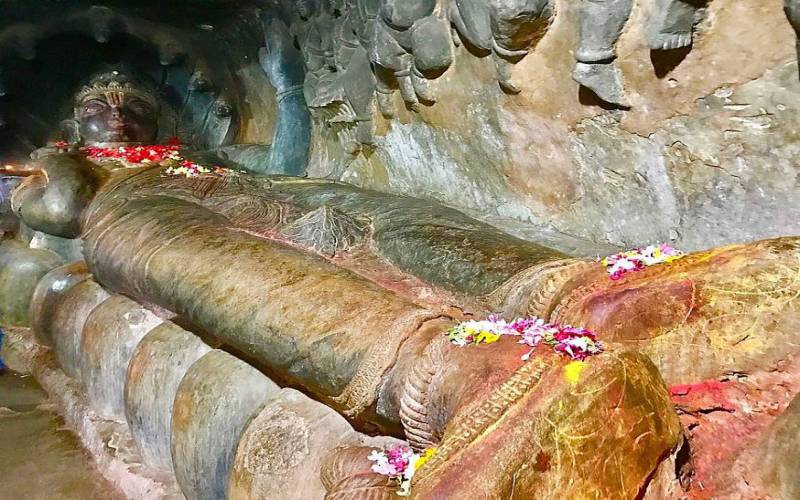 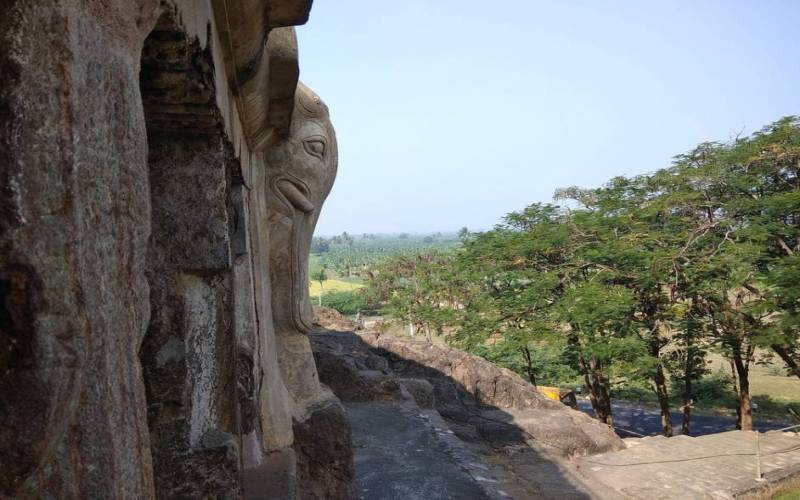 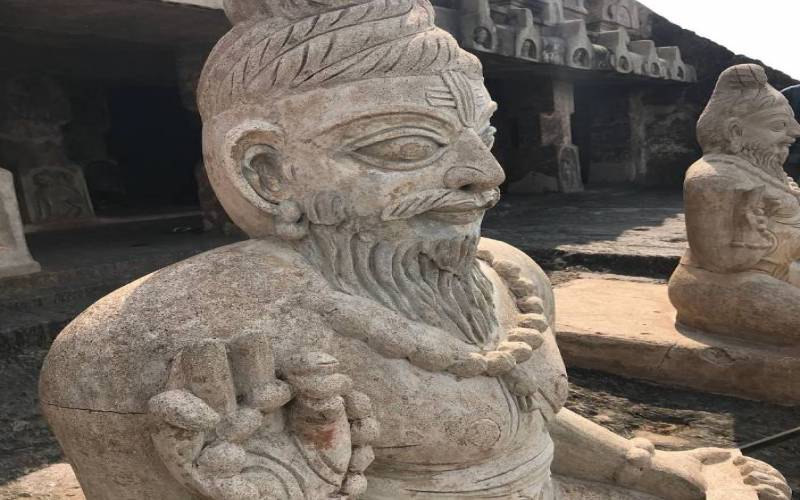 The Undavalli caves are one of the finest specimens of monolith rock art and relief work in India. They bear testimony and affirm the ancient creative skill and knowledge by prior generations including the viswakarma sthapatis. The caves take name from their place of origin or location, Undavalli. The Undavalli caves are located in Undavalli in the Vijayawada district of the South Indian state of Andhra Pradesh. They are equidistant from the prominent cities of settlement in Andhra Pradesh, Vijaywada and Guntur City, with Vijaywada holding better proximity and connection to Undavalli.

Situated at a distance of just 6 kilometres drive from the coastal port town of Vijayawada, the Undavalli caves are easily accessible by alternate forms of public transport. With much exposure and coverage by explorers and professionals alike, the Undavalli caves have now been declared as a monument of national interest for their historical importance. Like most excavated caves and monolithic cave art from India, these caves are typically the haunts of Buddhist monks and were sued by them to learn and propagate the teachings of Buddha.

Believed to have originated as early as in the 7th century the construction of these caves are patronized by Vishnukundi kings ruling during 420-620 A.D as the inscriptions found in these caves reveal. Apart from being used as residences for Buddhist monks, these caves were built on prominent trade routes arising from the Arabian Sea and hence also served as rest houses for travelers. The cave complexes are indeed superior depictions of creativity with sandstone and granite to create absolute marvels of architecture with limited resources thousands of years ago.

5 INR for Indians and 100 INR for foreigners