Vijayawada is a city in Andhra Pradesh. It is well known for the landmarks present in the city. Gandhi Hill is the first Mahatma Gandhi memorial in India and it is situated on the top of a hill in Vijayawada. Krishnaveni Mandapam, also known as the River Museum, presents the history of the river Krishna along with the statue of Krishnaveni (the river idol). One of the most famous attractions of Vijayawada is Kanaka Durga Temple. During Dushera, people across the country come and visit the temple. According to the legend there are 10 forms or avatars of Kanaka Durga Devi and each day a form of Kanaka Durga Devi is worshipped till the last day of Dushera.

During the Ashadha Masam (First two months of Monsoon), farmers pray to the Goddess Shakambhari for producing a good amount of vegetables, grains and other agricultural products throughout the year. This process is also known as Shakambhari Festival. The goddess Shakambhari is another form of Kanaka Durga Devi. Apart from temples like Marakata Rajarajeswari Temple, Subramanya Swamy Temple, Sri Nagarala Sri Maha Lakshmi Ammavaru Temple; Vijayawada is also known for Kondapalli toys. As the name suggests the toy were handmade by the Artisans of Kondapalli. An archaeological museum named Victoria Jubilee Museum is also located in this city which features the artefacts, sculptures and other belongings of the Hindu and Buddhist relics.

Places to Visit in Vijayawada 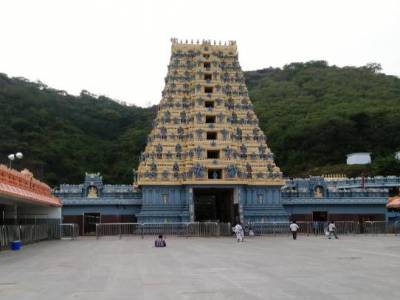 Kanaka Durga Temple is one of the most famous and popular temples of Mahishasur Mardini (Killer of the buffalo head demon), Devi Durga in southern India, Located in Vijayawada, Andhra Pradesh. The Vijayawada is a city of South Indian states of Andhra Pradesh. 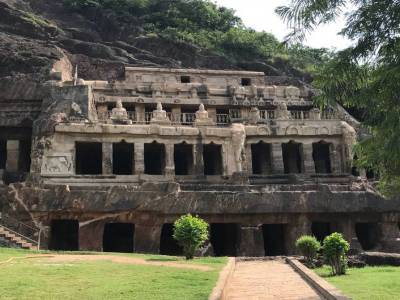