The Adalaj Stepwell in Ahmedabad is also known as Adalaj Vav or Adalaj Baoli which translates to Adalaj Well in the vernacular dialect and is incidentally also the same place where its patron Queen Rudabai plunged to her death to join her husband in death.

It is often speculated that the finest specimens of architecture and creativity in rock relief art and sculpture lie in the annals of history in India. The remains of some heritage monuments and structures in India quite aptly testify to the glorious heights that Indian architecture had reached with limited resources and tools to help them achieve their outcome. It will not be exaggeration if it is said that most of the monuments and heritage structures that are still present in India were constructed manually using simple tools to chip off pieces from a monolith edifice in the absence of any power tools.

The Rudabai Stepwell is one such beautiful specimen of heights of architectural and engineering prowess combined to benefit mankind. The Rudabai Stepwell is located in the village of Adalaj close to Amhedabad city in the Gandhinagar district of the Gujarat state of India and was constructed in 1498 by Queen Rudabai in commemoration of the fond memory of her warrior husband Rana Veer Singh who was decimated at war.

While one may find it hard to understand the significance or historical importance of a step well construction patronized by royalty, who could definitely have a more lavish memorial in honour of her beloved, it needs to be explained that in the desert or semi arid region bordering the states of Gujarat and Rajasthan, water was indeed a luxury and very hard to find for common folk. Some had to walk miles at a stretch to procure drinking water ration from a natural water body. This step well was a major innovation considering those contemporary times and would go onto benefit the entire populace by giving them access to drinking water nearby. Through this ingenious idea Rudabai kept alive the memory of her beloved who died at war for generations after his demise.

25 INR per Indians and 300 INR per Foreigners. (Children below 15 years free) 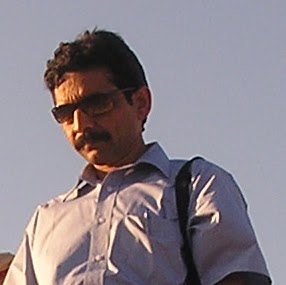 Sanjiv Kumar
1 year ago
It is great architecture of 500Year ago without using any power tool,crane or machine and the greatness of Rani Rudabai who gave a facility of drinking water in this region in memory of his beloved Rana.