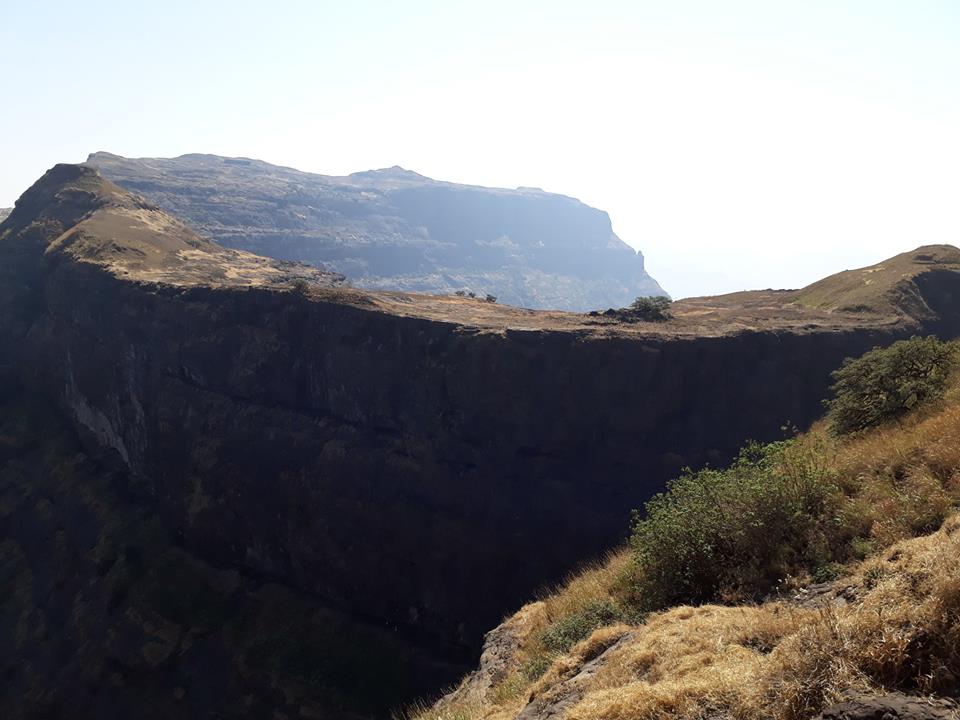 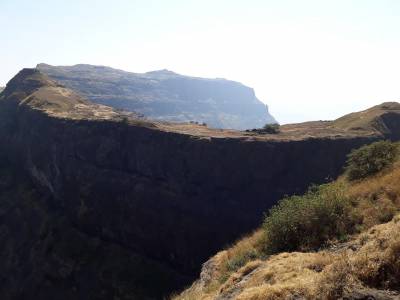 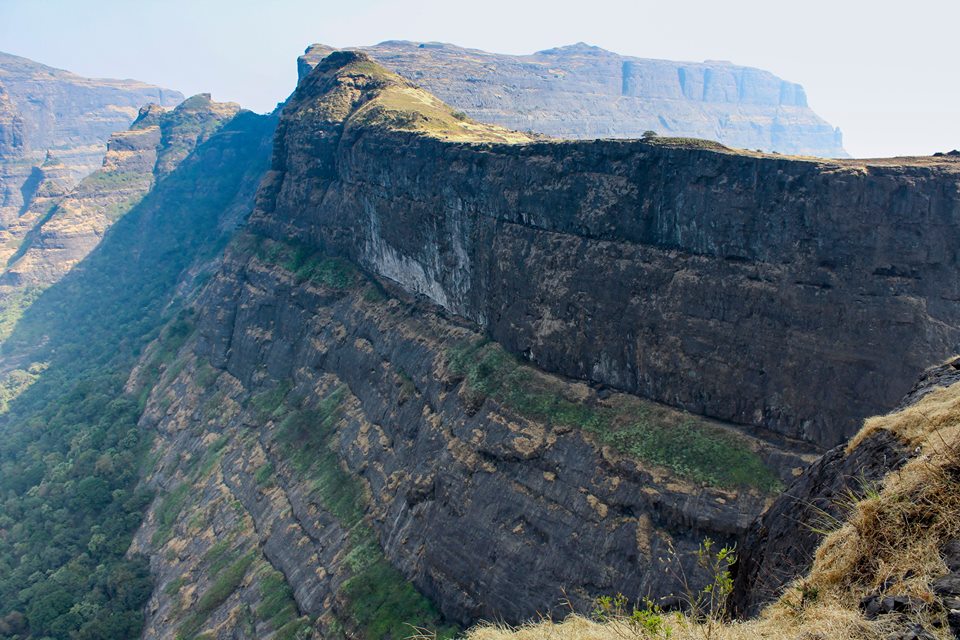 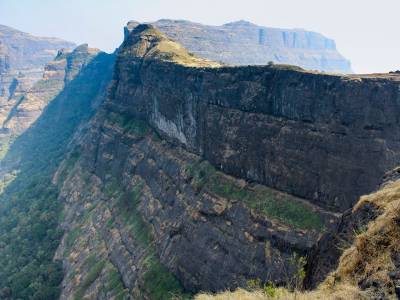 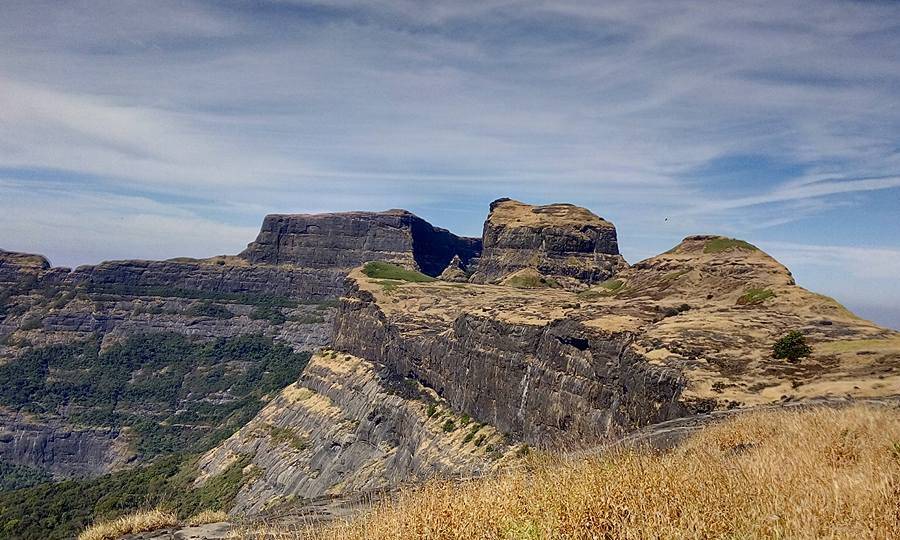 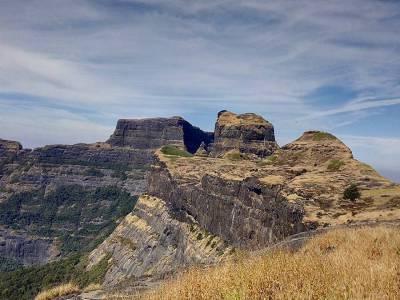 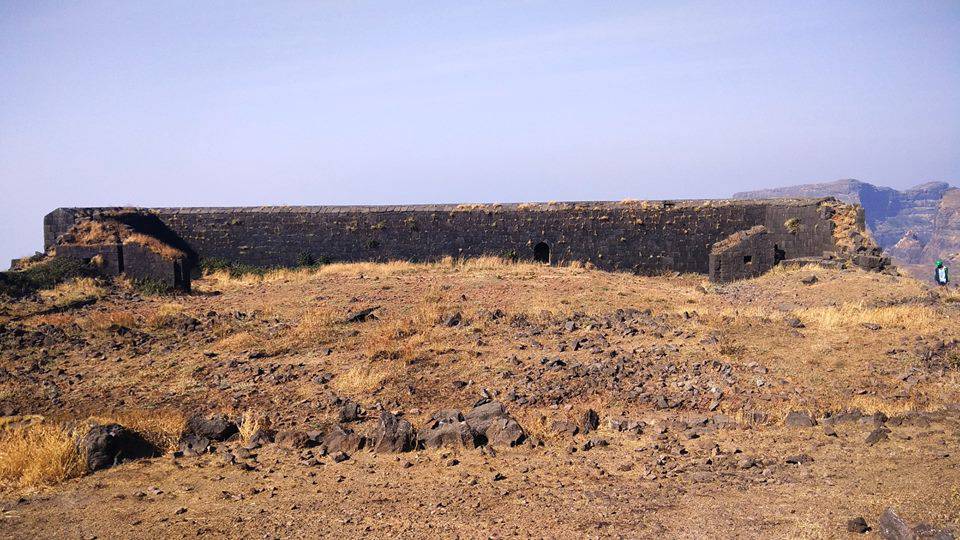 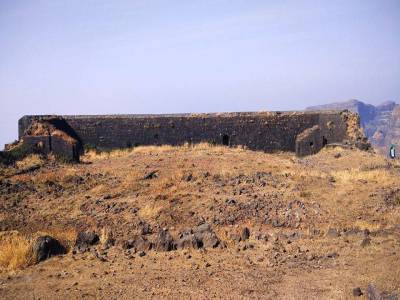 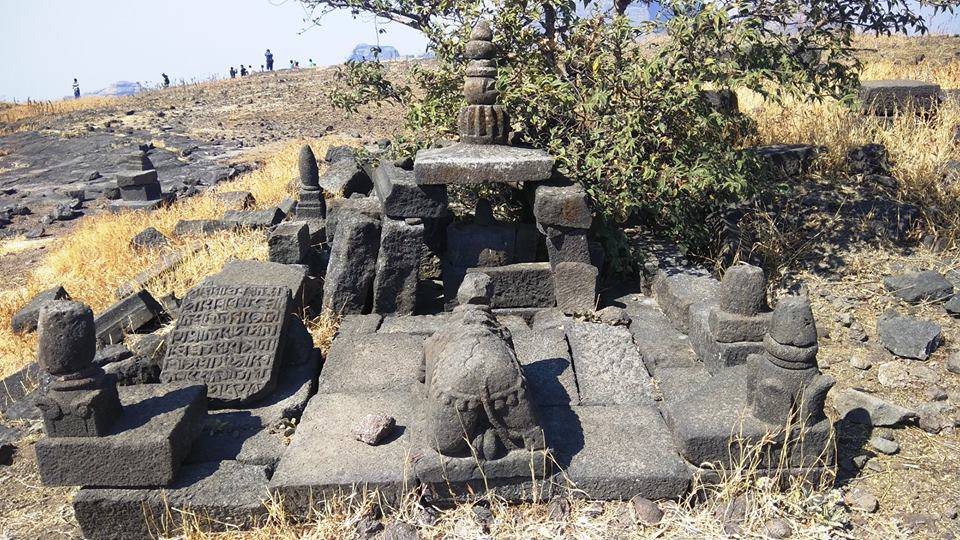 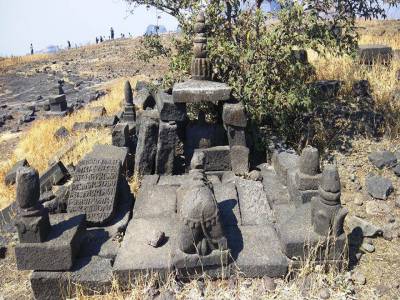 Alang Fort is located in the Kalusbai range of the Western Ghats in Nashik, Maharashtra. Being on a hilltop and having a confusing and hard pathway, climbing up to the Alang fort is similar to a hiking experience. Yet, the scenery at the top is breathtaking and it is a highly recommended spot for tourists looking to sweat out and enjoy an adventure.

As it is situated on high and rocky terrain, people are advised to visit the Alang Fort (also called Alangad) in between the months of October to February, otherwise, the drenched and sloppy surface during the Monsoon makes the climb very difficult and dangerous. The steep slopes are favored by people who come here for hill climbing and trekking. The top also has very good sightseeing venues. Along with the architecture and inscriptions found inside the fort, the dense vegetation and expansive scenery make the trip memorable.

With no clear-cut historical records, it is believed that the Alang Fort was built by the native tribes of the vicinity near Ambevadi villages. The Mughals and Marathas used the location as the high altitude allowed them to oversee the area and respond quickly in case of enemy invasion. Later during the British Raj, the Europeans used this as a holiday destination.

There is no definite fort-like structure as the heavy rains, lack of caretaking and poor accessibility have ruined it to an extent. Situated at a height of 1372 meters above sea level, the fort wall is built on the ridges with the same marvel stone found in the area. It has a curved-shaped rampart of 30-meter thickness on the hilltop. Many caves are built inside the fort for living purposes. The fort is supported by pillars made of single stones and various inscriptions in Sanskrit and Pali are found here.

The fort is open everyday, yet people are advised to travel there in daylight due to the difficult terrain. It takes about 7 to 8 hours to reach Alangad from Amewadi.