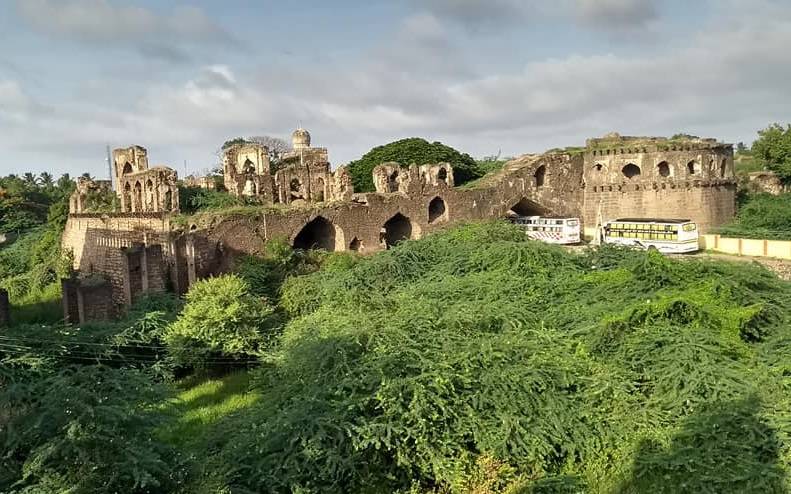 Bijapur fort houses a plethora of artifacts and arts, with the heritage of each Sultan on display. The Sultans of Adil Shahi dynasty had an endeavor of creating the best arts, and authorized the best structures, buildings, projects and more. As a result, there are plenty of buildings nearby and thus the place was also given the nickname of the Agra of South India. The fort has a rich history that can be traced back to the period of the 10th-11th century established by the Kalyani Chalukyas. At that time, the fort was known as the Vijaypura. The place then later came under the guidance of the Khalji Sultanate of Delhi. Later on, the fort was conquered and the command was reined by the Bahmani Sultanate hailing from Gulbarga. After a few years, Adil Shahi dynasty took over.

The fort has plenty of historical forts, palaces, tombs, mosques and gardens housed inside and features inscriptions and more that showcase the civilization. There are also some ruins of ancient temples, which can be dated to the very start of the fort. The major iterenary of the Bijapur fort is Jama Masjid, Citadel, Gagan Mahal palace, Mahatar Mahal, Tomb of Ibrahim Roza, Jal Mahal and much more. Apart from all these, you can also find monuments like Gol Gumbaz and other structures like Sangeet-Nari Mahal and Saatkabar (showcasing the story of 60 graves). The fort is accessible via roadway and railway with broad gauge station platform at the Bijapur.

There is no entry fees