Vijayapur is now known as Bijapur and it is located in the Indian state Karnataka. It is a district headquarters of Bijapurtaluka. Bijapur city is located near metropolitan cities like Mumbai, Bengaluru, and Hyderabad. So, it is highly populated and an important tourist location. It is well connected through railways and roads.

The historical monuments were built in this district many years ago during the Adil Shah Dynasty. They are important in terms of history and architecture. Other historical tourist places are Gagan Mahal, Gol Gumbaz, and Jal Manzil. These are impressive in their construction which has Persian influence. The Taj Bawdi, a water framework was constructed in 1620 to create a water supply for the city. Also, Abraham Rouza is termed as the “TajMahal of the Deccan”. Both the monuments were built as a tribute to Taj Sultana, Adil Shah’s wife. A building which is more than 100 years old called Elavia house is also visited by many. Jama Masjid, a mosque in Bijapur has been known to have the duplicate of the book Quran written in golden ink. It also dated back from the Adil Shah dynasty. A good spring inside is considered auspicious. The twin minarets are the highlight of the mosque.

Places to Visit in Vijayapura 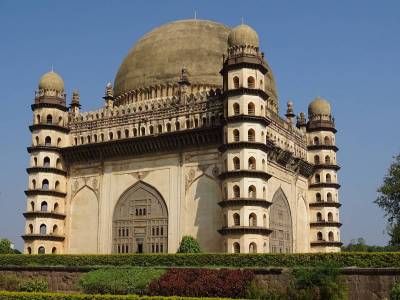 The Gol Gumbaz is a towering monument which can see from the miles when approaching the Bijapur. It is a tomb of Adil Shahi Sultans and his family members, built in 17th century over a period of 30 years. The Gol Gumbaz popularly known as the Taj Mahel of Bijapur. 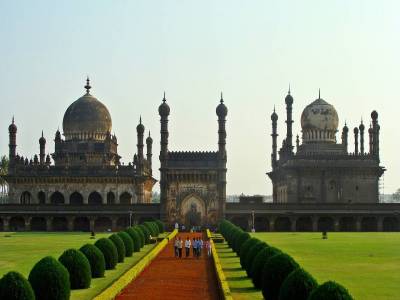 The Ibrahim-Rauza was built by Ibrahim Adil Shah II. This is the second best attraction after Gol Gumbaz in Bijapur. The place consists of Adil Shah II tomb and mosque within a compound. The mosque and the tomb are parallel to each other with a tank and fountain placed between th.... 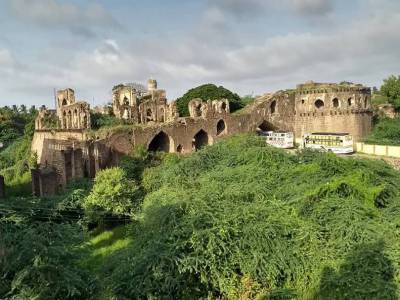 Bijapur Fort is a rich cultural heritage of India which bears the lineage to the Adil Shahi dynasty. The fort is an architectural majesty and features plenty of structures, monuments, tombs, mosque and even the remains of the ancient era of temples. A true explorer’s heaven, th....