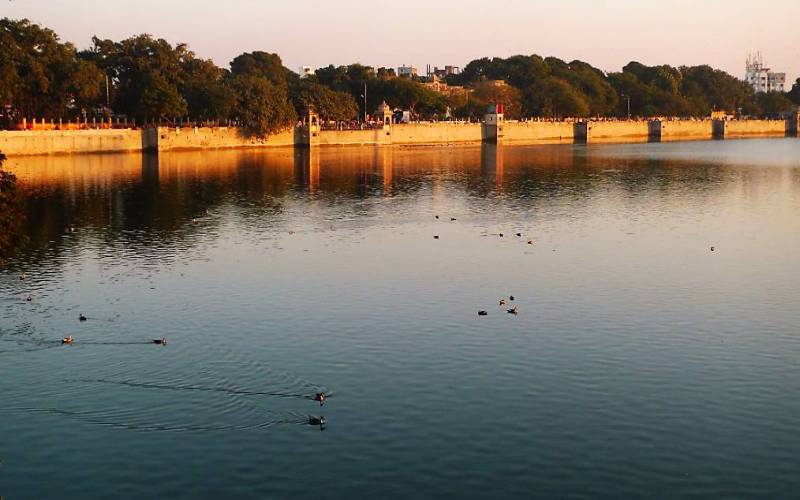 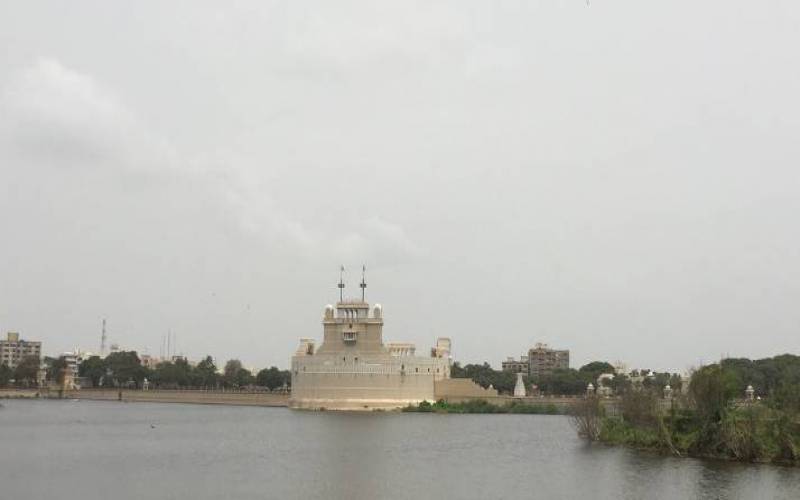 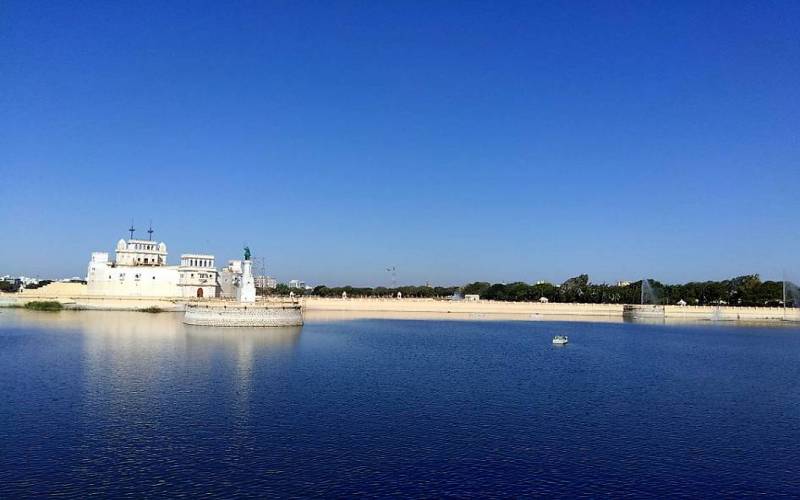 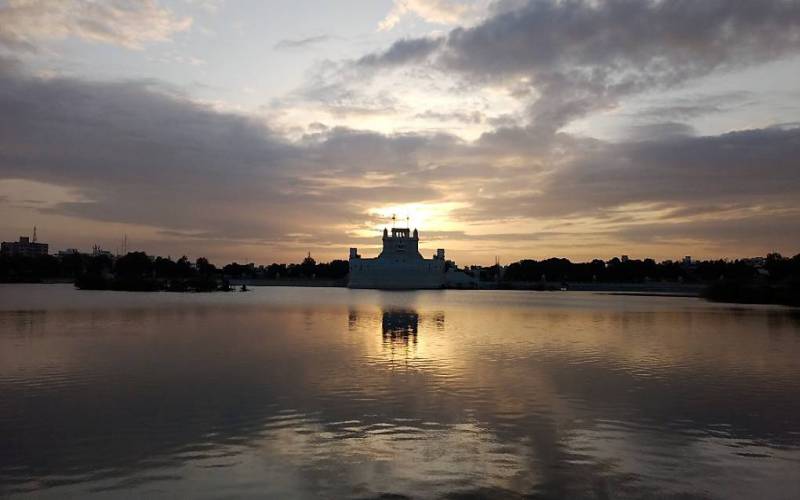 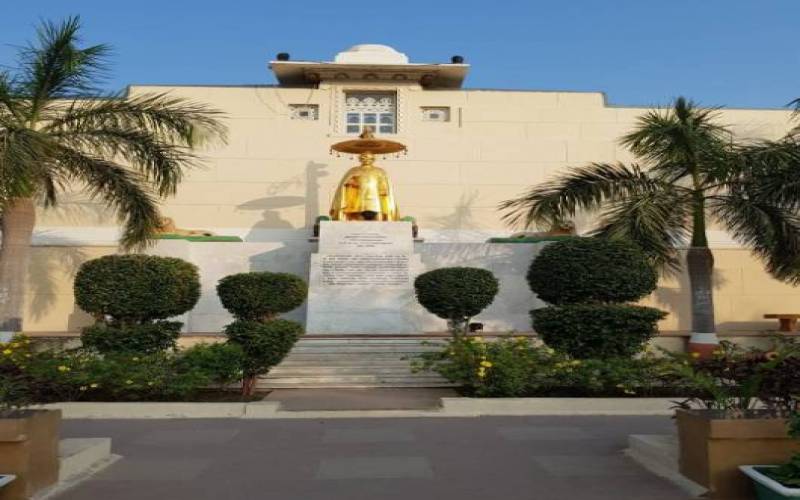 Lakhota Talav or Lakhota Lake as it is known by is a beautiful serene lake located in Jamnagar, Gujarat. The lake surrounds the Lakhota Palace which as of today stands as a proud museum depicting the historic nature of the era from 9th to 18th century. Lakhota lake is located right in the middle of the bustling city and is a great escapade to make for.

The Lakhota lake was built as part of the palace by the then King Jan Ranmal of the Navanagar in the 19th century. The lake acted as the fortified area of the dynasty and provided them with the security and purpose. The lake is greatly known for being a recreational hub and a tourist spot in the area. It garners people from all regions. It is also famous for the bird flocks as there are many birds that come over here. It is a lake with many rare varieties around. It was once recorded that 75 different kinds of birds were found in this Talav.

The Lakhota lake has a walking track that allows you to walk around the area and get indulged in the atmosphere that it offers. The night walks around the area is well known as the lake gets lighted at night making it one of the best atmospheric venues around. There are also plenty of food stalls that allow for satisfaction of the hunger pangs and offer a happy tummy after a relaxing session by the lake. You can further also take in the experience of walking around the museum as well.

10 INR for Indians and 50 INR for Foreigners