Jamnagar, also known as the 'Jewel of Kathiawar' is a city in Gujarat, India. Jamnagar is also known for having the world's biggest oil refinery in the city and is the largest city across the western region in India. Jamnagar was known to be the capital of Nawanagar before India gained independence and formed a union. The name Jamnagar was derived from Jam Raval and his descendants who established this city in the 16th century. One of the descendants, Jam Ranjitsinhji became one of the greatest cricket player even though he played for the England team. Jamnagar is also known for its scenic beauty with lakes and ancient architecture along with mesmerizing exhibitions and fairs.

Narara Marine National Park and Khijadiya Bird Sanctuary are also located in this city where you can find various types of animal species which has attracted many tourists over the years. According to history and legend, Lord Krishna established his kingdom in Dwarka after leaving Mathura and the traces of the Lord Krishna's Yadav Clan was found in the city. It was also the commercial zone for traders before independence. The Lakhota Fort is one the main attraction sites for the tourists. Bedi Port, Bala Hanuman Temple, Lakhota Talav, Darbargadh, Adinath Mandir Jain Temple, Pirotan Island, Ayurvedic University, Lakhota Museum and Balachari Beach are other tourist attraction sites in the city.

Places to Visit in Jamnagar 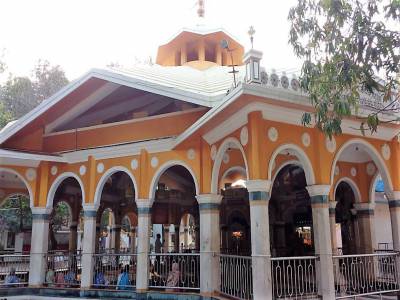 Bala Hanuman Temple in Jamnagar is a famous tourist spot in ‎Saurashtra region of Gujarat. Apart from the divine ambience of the temple, the serene winds of the lake will keep things interesting. The lodging and transportation is not a problem in Jamnagar. 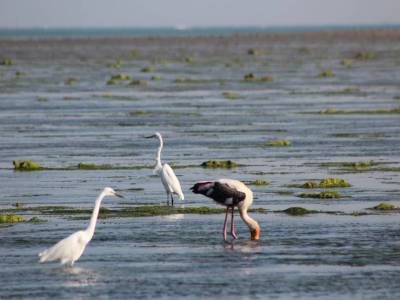 A few miles away from the Jamnagar City you will be welcomes at the Narara Marine National Park. This biodiversity park is a tourist’s favorite. Being close to Rajkot, Jamnagar as bountiful lodging and travelling options. So visit the park to know the origins of life. 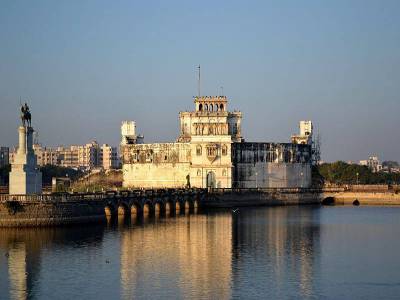 A vital historic monument, this one is more than just a normal scenic palace. Built beautifully in the middle of the lake, this one has so many things on offer, neatly carved architecture, murals of the past and things that showcase rich heritage. 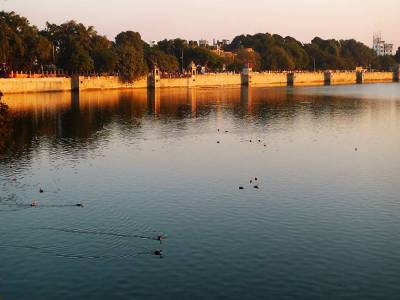 Lakhota Talav, part of the heritage of Lakhota Palace and Talav is a well-known place for recreation and taking in the serenity of the region. Well known for birds and the night lights, the lake is a perfect getaway from the hectic life schedule. 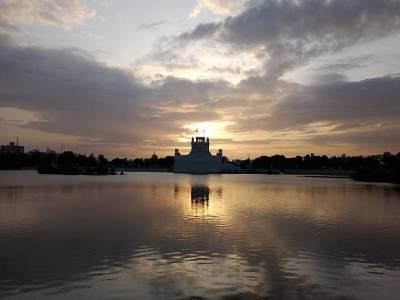 A natural body, filled with the beauty of natural phenomenon and splendour is located only 8 km away from the proper town of Jamnagar. The place is located in close proximity to the other popular places making it really easy for the travellers to explore those places.