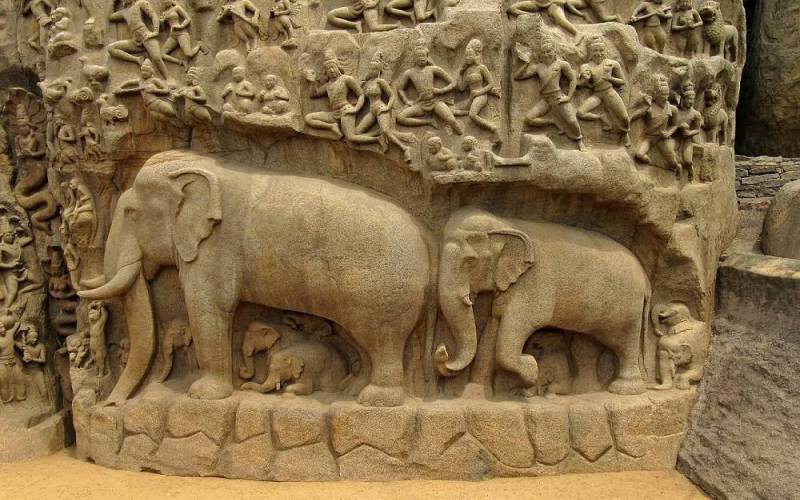 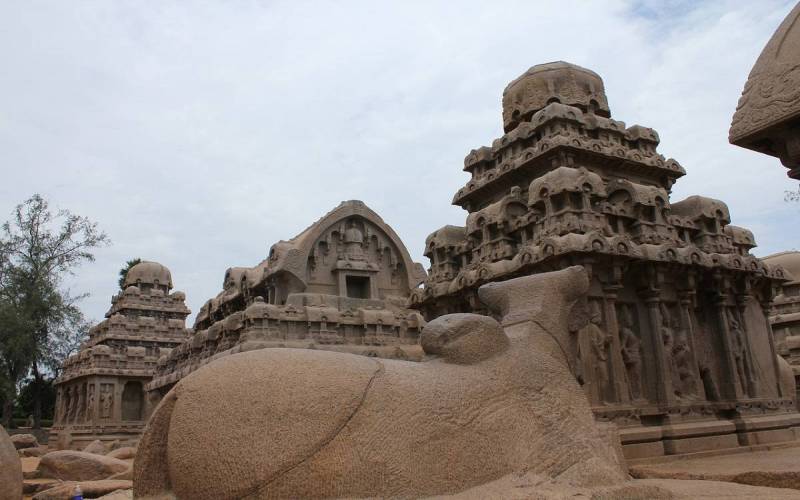 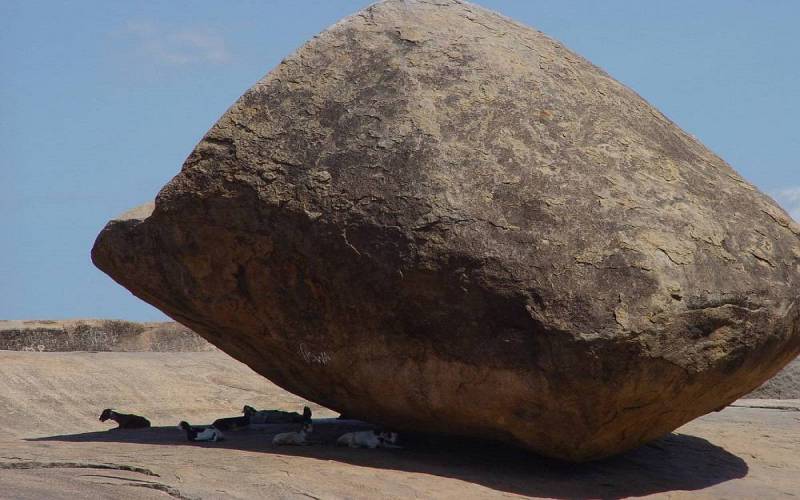 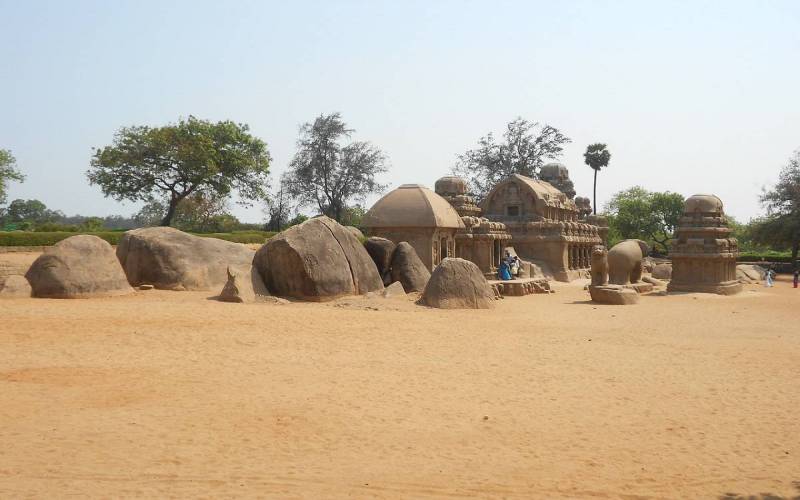 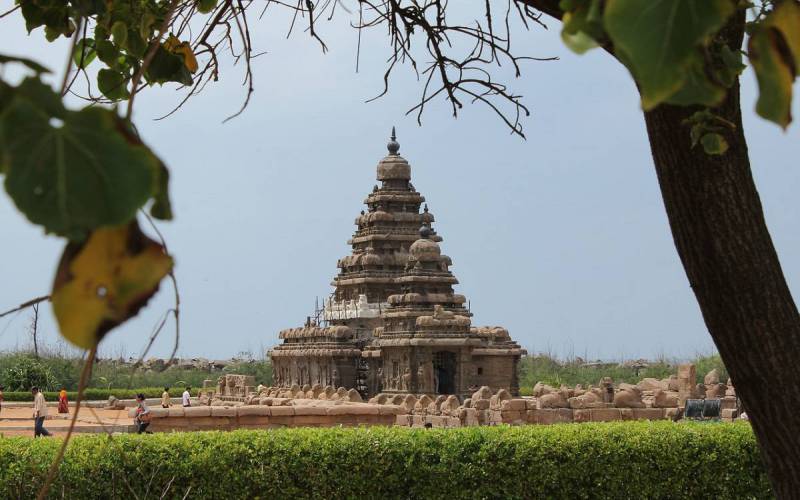 Mahabalipuram Group of Monuments and Group Temples is a location in the southernmost fringes of the Indian peninsula, in the Indian state of Tamil Nadu. It is situated at the tip of state of Tamil Nadu on the Coramandel Coast where the Indian peninsula opens up into the Bay of Bengal. Mahabalipuram is renowned for its largest open rock reliefs and is home to a structural system of 40 temples and monuments and relics which are collectively declared as a World Heritage Site by UNESCO. Mahabalipuram is also known as Mamallapuram which translates to City of Great Wrestler. It is also referred by a few other names in Puranic texts which all when translated equate roughly on the same lines as above which could be a reference to the great 7th century royalty Narsimha under whose patronage the rock reliefs were executed here. The other name for this place

Mahabalipuram is also a subtle reference to show of strength when translated, although it literally means city of Mahabali who was a mighty demon king who was ultimately slayed by a dwarf avatar of Vishnu. However going by historical records and texts documented by travellers in their recounts, this place was a hub of trade and commerce attracting many foreign merchants and traders and hence the word mallal is derived from the Tamil word of the same name meaning prosperity.

Although there is no definitive evidence regarding the origin of these monumental structures, however they find mention in the traveller’s records of accounts of their travels. And since this place had a reputation of being a trade hub, a lot of travellers and sailors are said to have confirmed the presence of structures similar to 7 Pagoda that became famous by the same name in Marco Polo's travel accounts.

Although these records are disputed by historians, but the structures or monuments haven’t deteriorated over the period of time and they still stand resolute even today. They are a fusion of expression through the medium of rock cut art and sculpture and have many references to religion and life dominated by the Hindu pantheon and they can broadly be classified as Chariot shaped temples, cave temples, rock reliefs, structural temples and excavations.