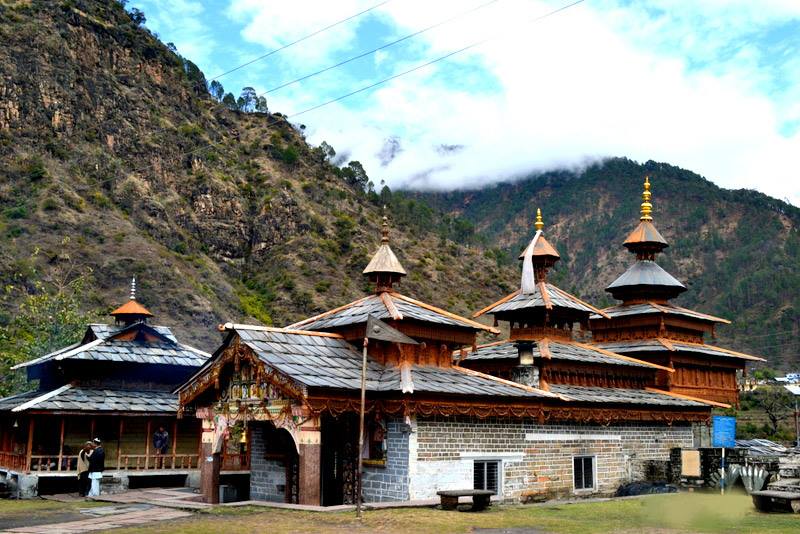 Mahasu Devta Temple is one of the ancient temples enlisted in the Archaeological Survey of India. It was built in the 9th century and is situated in the eastern bank of Tons or Tamas River at Hanol village, 190 kms from Dehradun. A popular legend is heard regarding the existence of the main deity, Mahasu Devta. According to the legend, four divine brothers (Pavasik Mahasu, Botha Mahasu, Vasik Mahasu and Chalda Mahasu) appeared to save the land from the hands of the fierce demons. These quadruple brothers collectively came to be known as the Mahasu Devta. There are many other local legends surrounding the temple. The Mahasu Devta temple is also known for its unique style architecture, ‘Kath – Koni’ or ‘Kothi Banal’. It is a perfect blend of stone and wooden structure.

The Jagara of Mahasu Devta is the most popular ritual celebrated in the month of ‘Bhadon’. It was the time when the deity arrived to save the villagers from the demons. The Shaant festival at Hanol is also celebrated surrounding the Mahasu Devta Temple. The Mahasu Devta fair is the most prominent religious fair for the local tribes known as Jaunsari. People from other communities also join them thereby creating a cultural harmony among the various communities of the nearby villages. An unusual aspect of the temple is two spherical rocks which is believed to be lifted by only a pious hearted person. Other unique aspect is the trophies hanging on the Mahasu Devta temple walls. It is said that these trophies are awarded to the champion who win the match between gods.