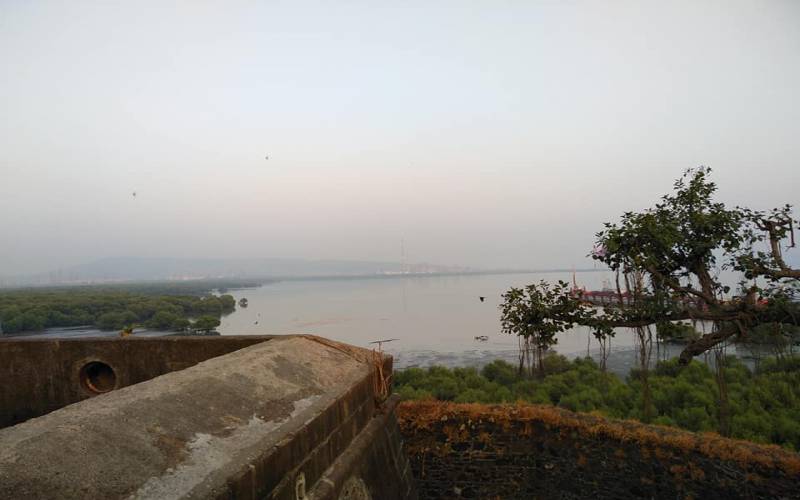 Mazagon Fort was built in the year 1680 by the Siddi General, Yakut Khan. This fort is located in the famous metropolitan city, Mumbai, in Maharashtra (a state in India). Even though the fort was built by the Siddi General, during the Portuguese invasion and the British invasion, the fort was taken over by a variety of rulers. Since Mumbai was considered as the hub for trading and was the dockyard for the East India Company trading goods to Surat, Britishers wanted to conquer the whole of Mumbai.

During the time East India Company came to Mumbai, the Mughals rulers and generals along with the Siddis had created an alliance with each other in case of invasion. Even though the Mazagon Fort was being built during the time, a war took place between the Mughals and the Britishers and most parts of the fort were taken over by the East India Company. Later the name of the fort was changed from Mazagon Fort to Sewri Fort, where this fort was built on an island facing the eastern seaboard.

The Sewri Fort, formerly known as Mazagon Fort was demolished in 1690 during the war between the Mughals and the East India Company. Now in place of the Mazagon Fort, Railway station, Joseph Baptista Garden and other monuments are located here. The Baptista Gardens and the Bhandarwada Hill is famous amongst the locals and the tourists. Since the ruins of the fort and the new monuments can be seen together, many tourists visit this place during the winter season.

Mazagon Fort can be visit during 06:00 AM to 06:00 PM (NOTE: Sometime fort is closed due to security and maintenance reason - Group visit would be recommended to tourist)