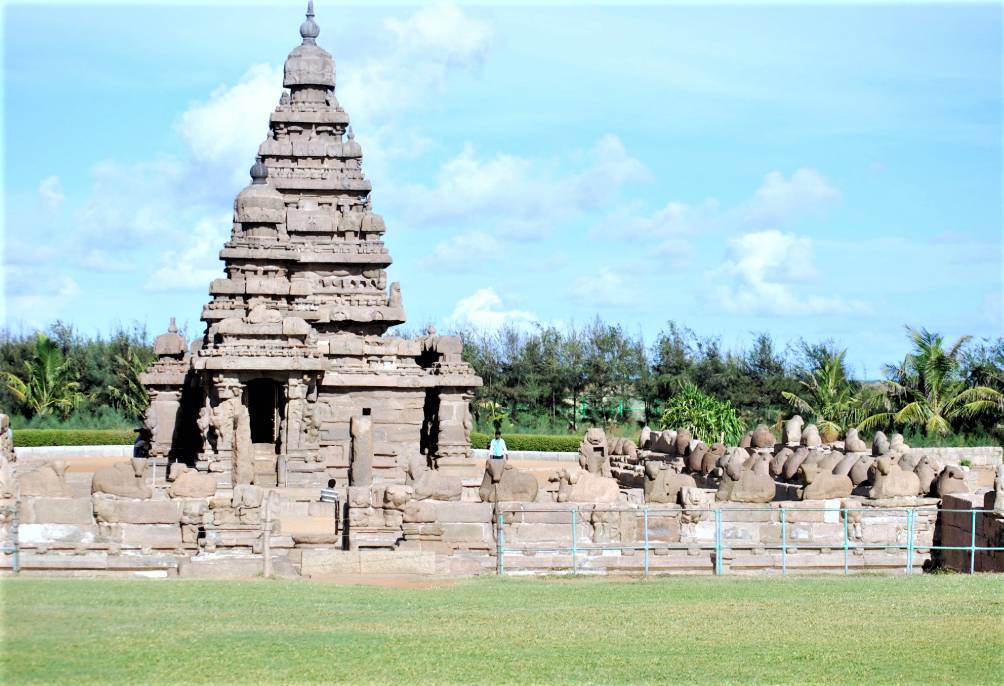 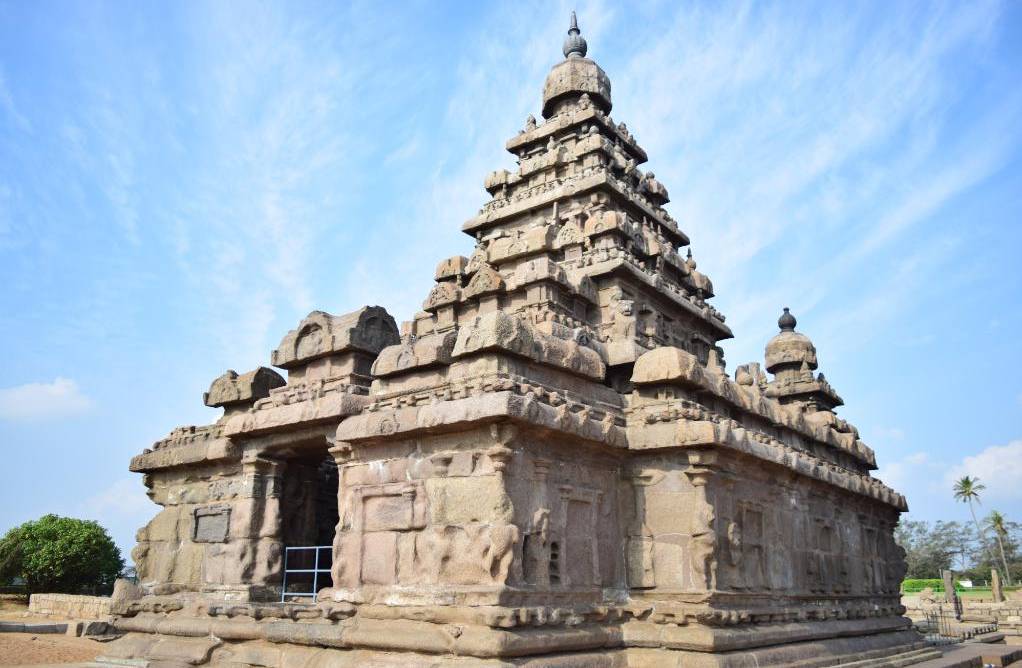 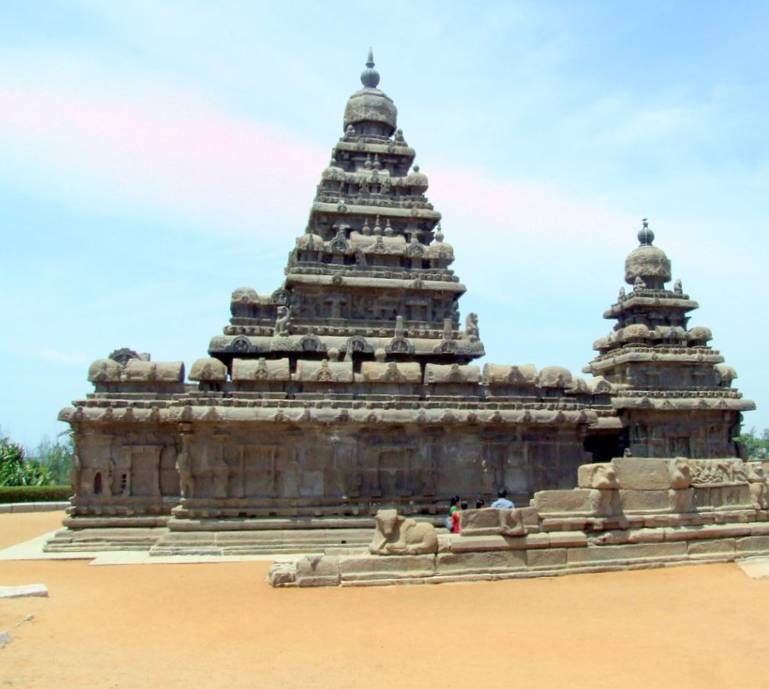 The Shore temple located in Mamallapuram or Mahabalipuram, was built in the early 8th century AD. This temple is known for being at the shore of Bay of Bengal and was built with blocks of granite marbles. These granites stones were carved into various designs to showcase the Pallava dynasty and the Chola dynasty who took over it after a war. Shore temple is one of the oldest temples with rock-cut or carved architecture style which is why it has been declared that the Shore Temple is now one of the UNESCO World Heritage Site.

During the same time, the Shore temple was also used as a landmark for European merchants travelling to different places via ships for trade and more. The granites stones are so strong that even after the tsunami in 2004, only minor damage was recorded apart from that the temple was repaired and maintained by the state. This granite temple is also known for being a temple holding idols of various gods and goddesses and the shrines of the deities are present in this temple. The shrines were excavated over the years and are said that the first shrine which was laid in the temple was that of Lord Vishnu and later shrines of various gods were excavated.

Kathak Danseuse Namrta Rai is a festival which is conducted every year; the Mamallapuram Dance Festival is held during December to January. This festival is celebrated very grandly as people from various schools and colleges perform their dance and the Department of Tourism organises various events for the tourists to be a part of this festival. Every year the Government of Tamil Nadu showcases the beauty of the Shore Temple and organise various events.