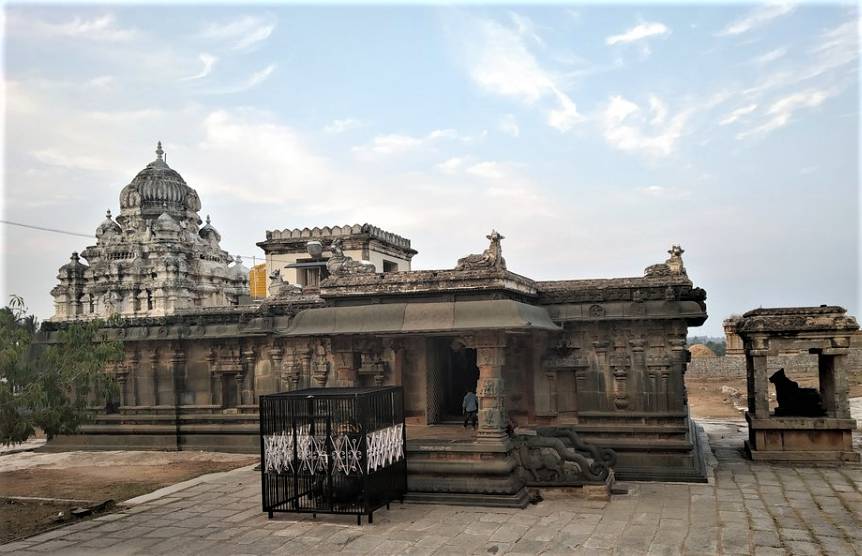 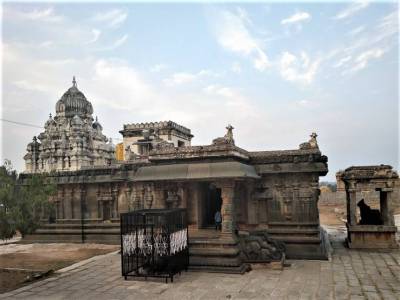 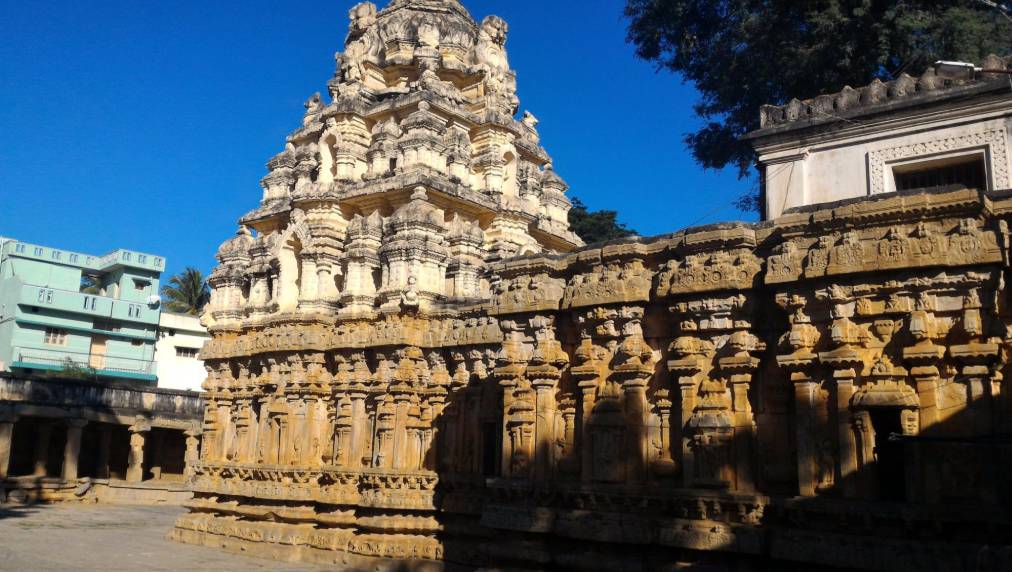 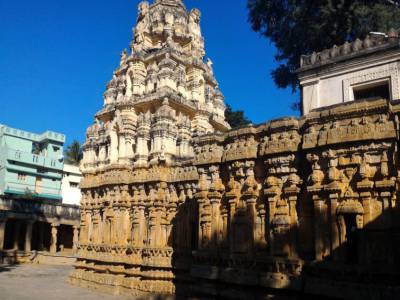 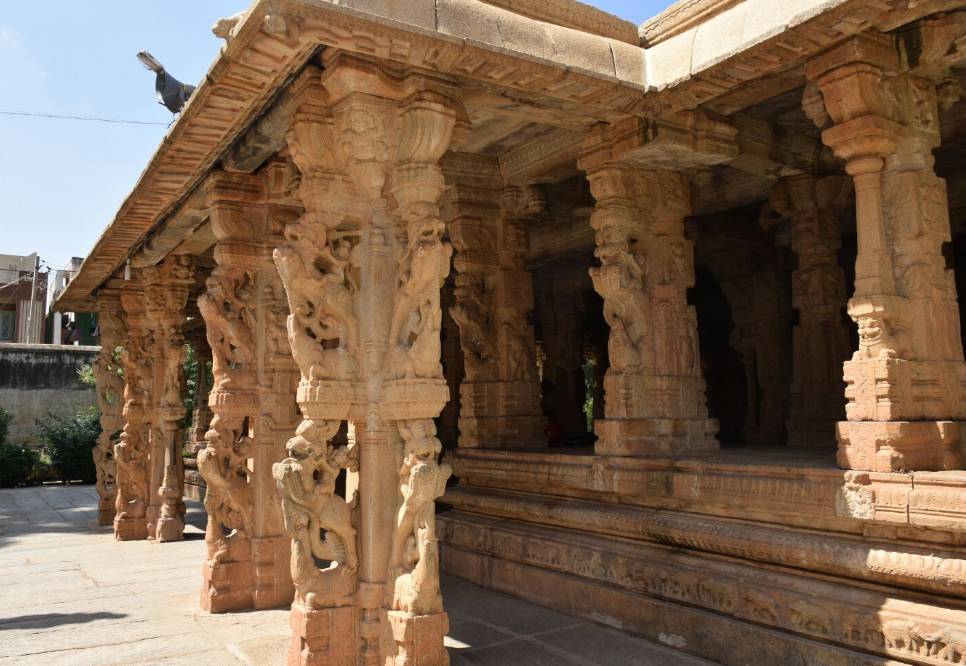 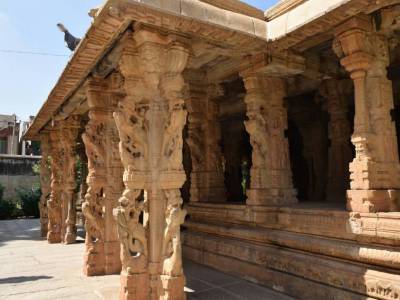 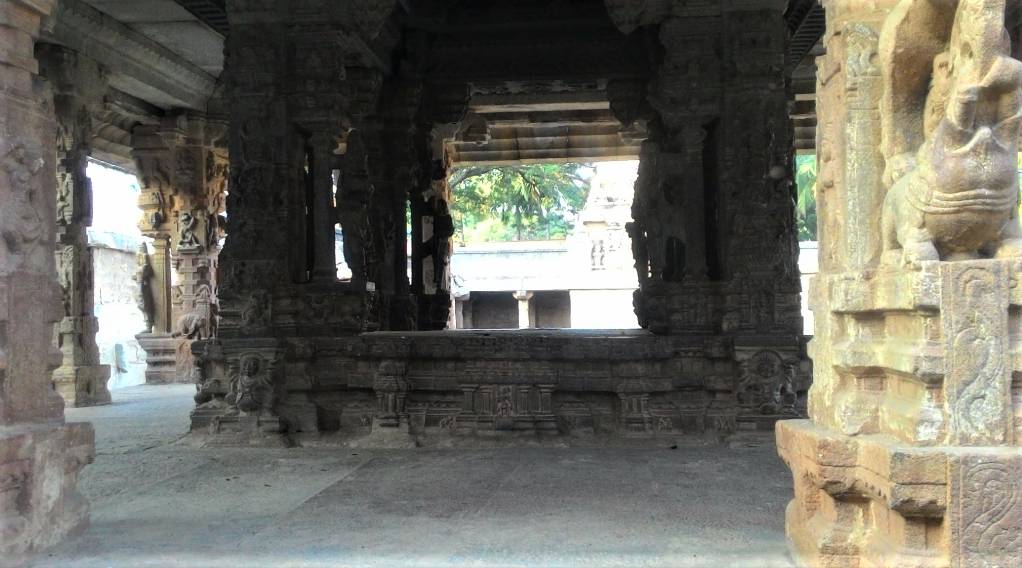 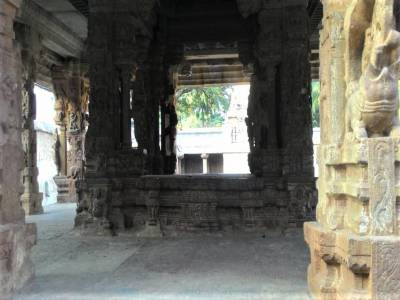 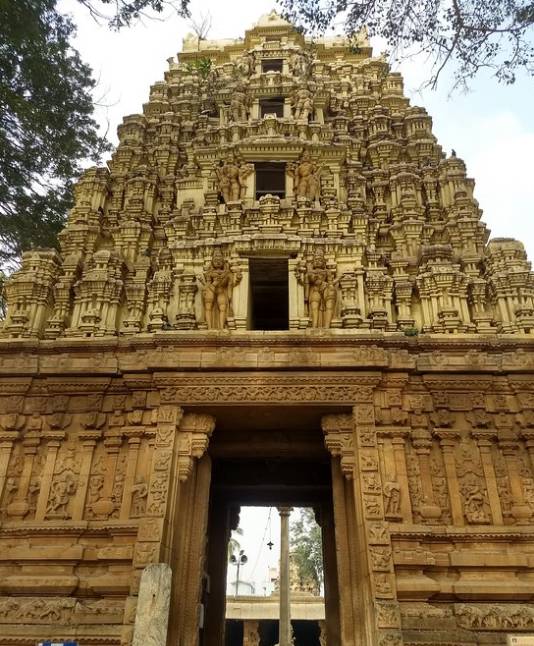 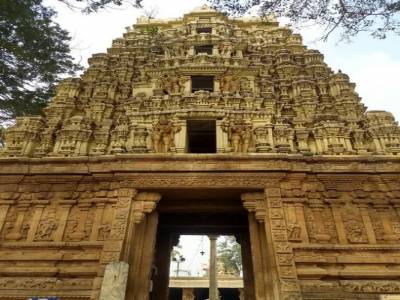 Sri Someshwara Temple in Kolar was built during the Vijanagara era in the Dravidian style of architecture. The temple is dedicated to the Hindu deity, Lord Shiva. This ancient temple is a 14th century structure still standing with its spectacular architecture of the time. Presently, Archaeological Survey of India (ASI) protects this century old monument as a national treasure.

According to the historians, the temple was built by the Cholas which was later expanded by the Chalukya kings. This masterpiece of art is a feast to the eyes. It resembles in many ways with the Somesvara Temple in Bangalore but it excelled in the finish and detail. The mammoth structure of the Gopuram which is the entrance gate in the Dravidian style of temple architecture is an architectural marvel. This massive structure is built of bricks and stucco. The temple consists of a pillared hall leading to the sanctum or ‘garbagriha’.

The main temple base consists of mouldings with friezes of dwarfs, lions and elephants. There is also a ‘Kalyana Mandapa’ or marriage hall, built of granite inside the enclosed wall. It lies in the south – west corner of the temple complex. Other notable structures inside the magnanimous edifice are the Mukha Mandapa, Vasant Mantapa and the heavy Prakara walls. The place also consists of a stepped tank, known as Kalyani. Every corner of the temple is an evidence of the Dravidian rulers to be ardent patron of art. The outstanding structure is the result of their exquisite architectural tastes.