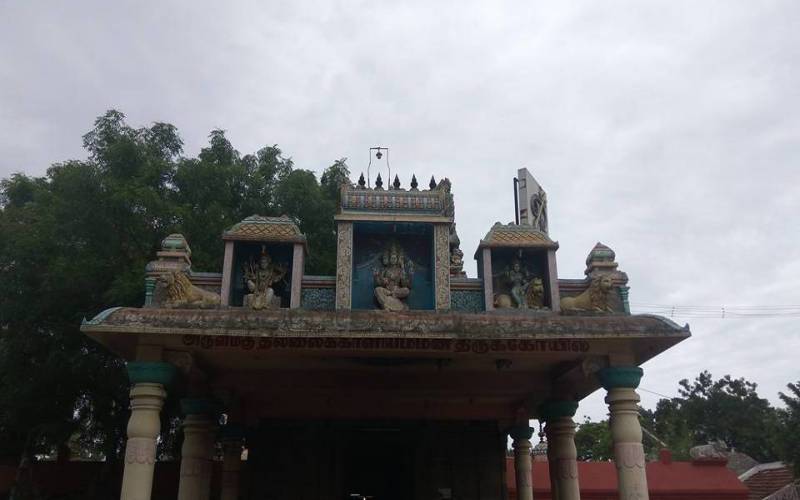 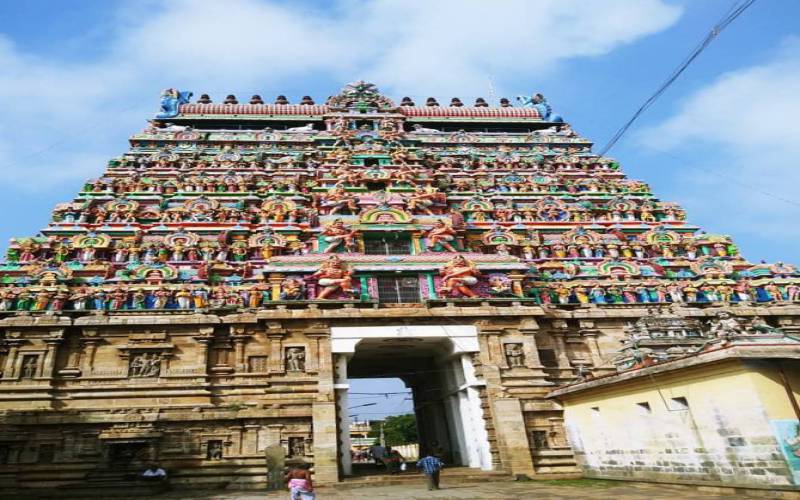 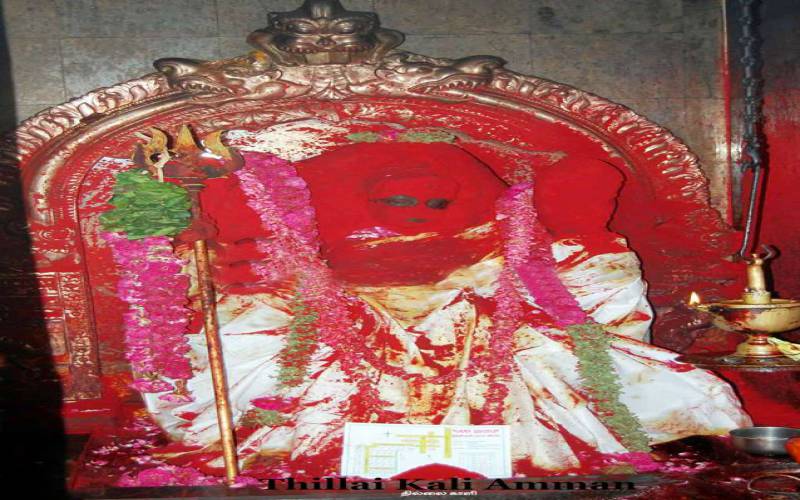 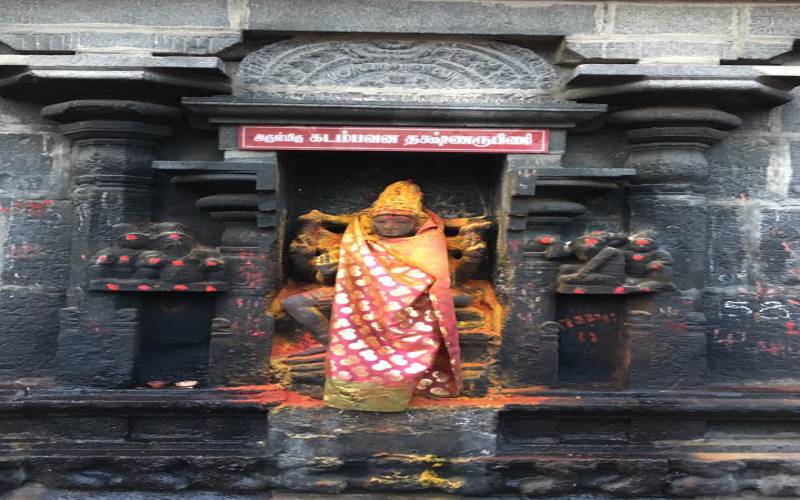 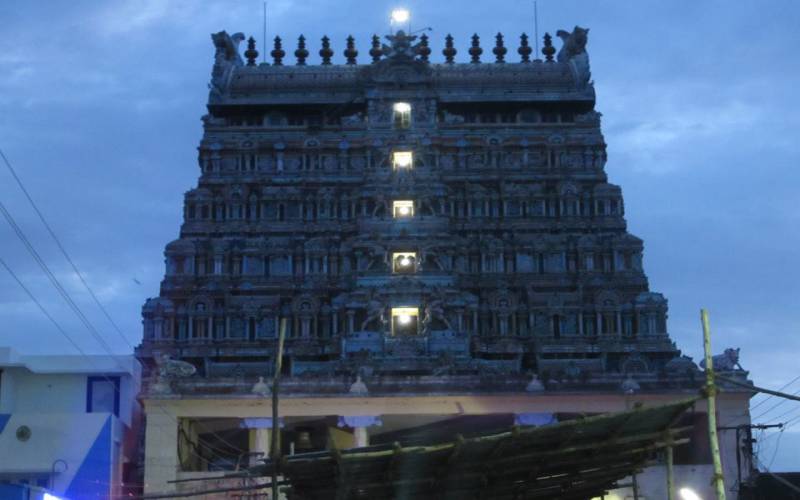 Thillai Kali Amman Temple is a Hindu temple dedicated to the primordial goddess Kali. The Thillai Kali literally translates to Angry Kali and this is because she is enraged at her defeat to Shiva by cunning trickery. She is depcited in the form of a four faced deity for worship with her all four faces smeared in vermillion giving her a very ferocious appearance.

Thillai Kali Amman Temple was Constructed as early as the 11th century, under the generous patronage and supervision of King Kopperunjingan of the Chola Dynasty, this temple is as much a historical monument as it is an architectural marvel. Standing tall withstanding the test of time through several centuries, this temple is located on the outskirts of Chidambaram main town and there is a legend associated with its strategic location. According to mythology, it is believed that Goddess Kali once lost a celestial dancing contest to Shiva, her consort when he challenged her with a remarkable posture replicating which would put her modesty at risk of being exposed for public viewing. Enraged with this shrewd subject to conceding defeat, Godess Kali left the celestial abode and decided to reside on the fringes and outskirts away from public attention to hide her shame. Hence the Thillai Kali Amman Temple was constructed to enable her new abode.