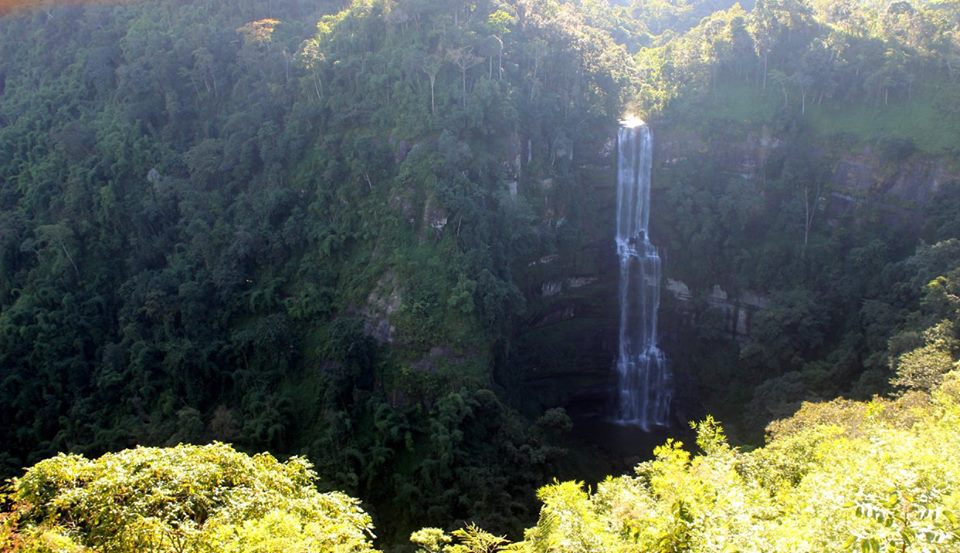 The Vantawng Falls is located in the Serchhip district in Mizoram, a North East state of India. Mizoram or the ‘land of Mizo’ is a landlocked state surrounded by other north east states of India on one side and Bangladesh and Myanmar on other. It is a land of hills, valleys, rivers, waterfalls and lakes. About 76% of the land is covered with forest which is full of various species of flora and fauna.

The Vantawng Falls is one the most spectacular waterfalls in the north east states of India. The mesmerising glimpse of this beautiful waterfall lures tourists from all over the north east part of India. The two tiered waterfall looks like shower of white milk cascading down in the midst of the lush green surroundings. The Vantawng waterfall is surrounded by thick green forest which makes it difficult to get close to it. This waterfall is truly a beautiful and a splendid one.