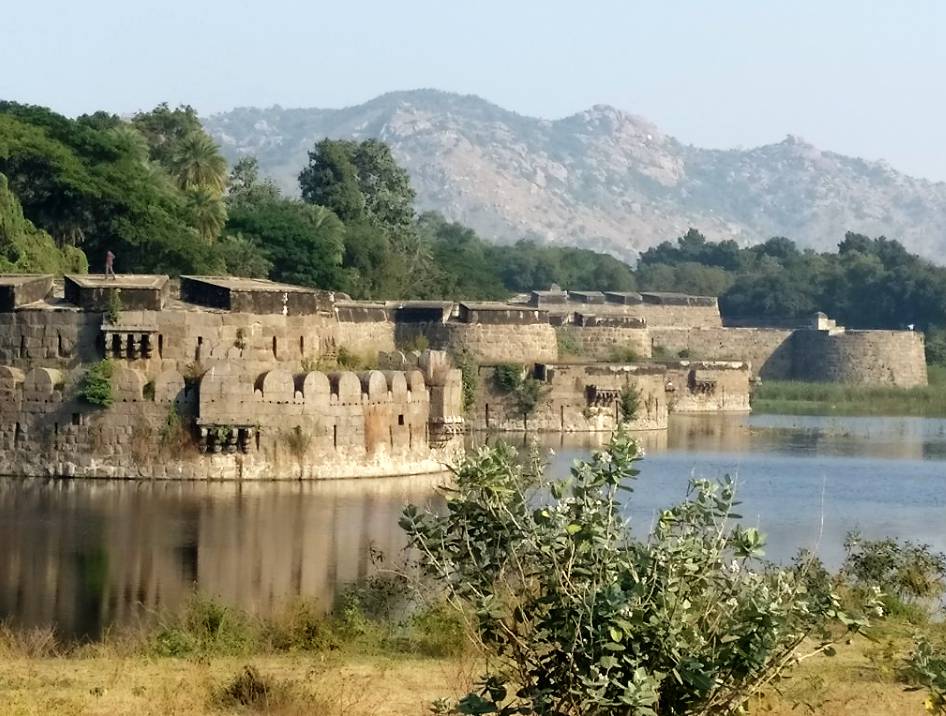 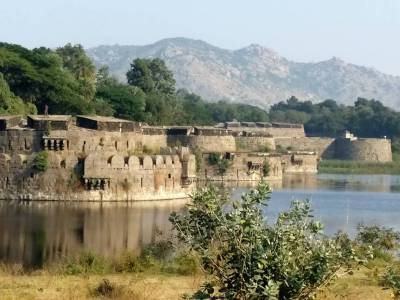 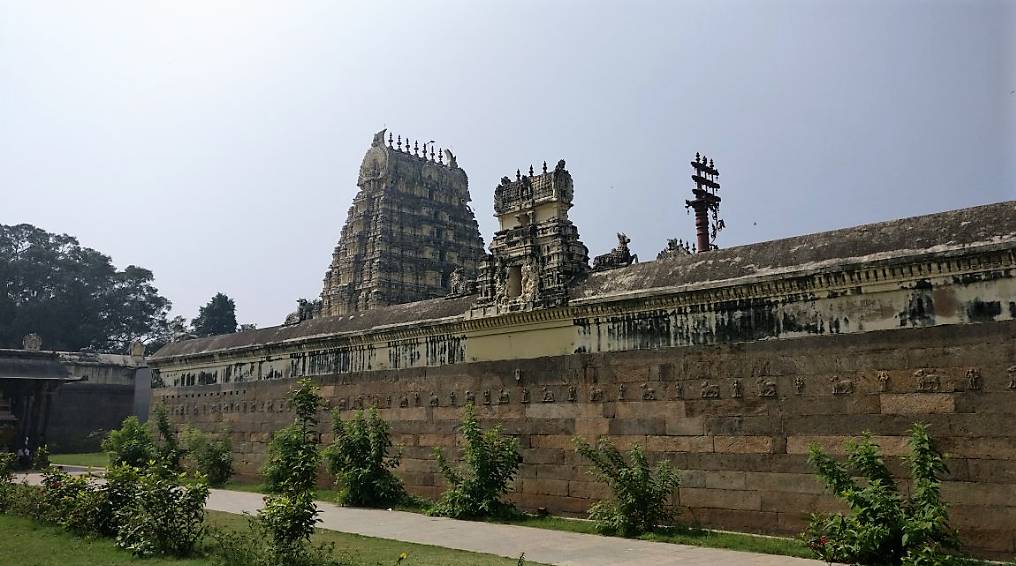 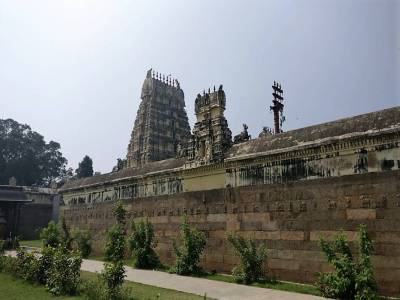 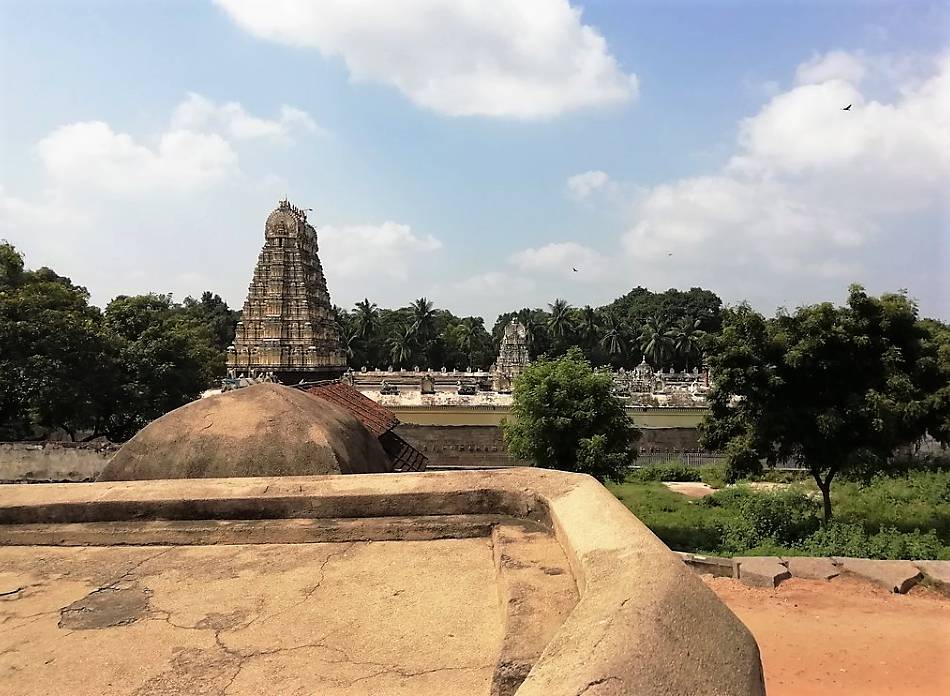 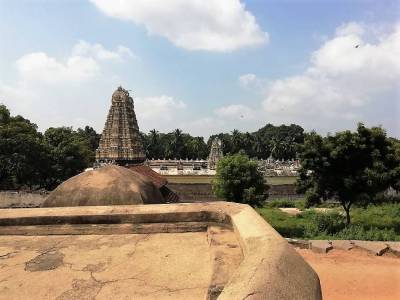 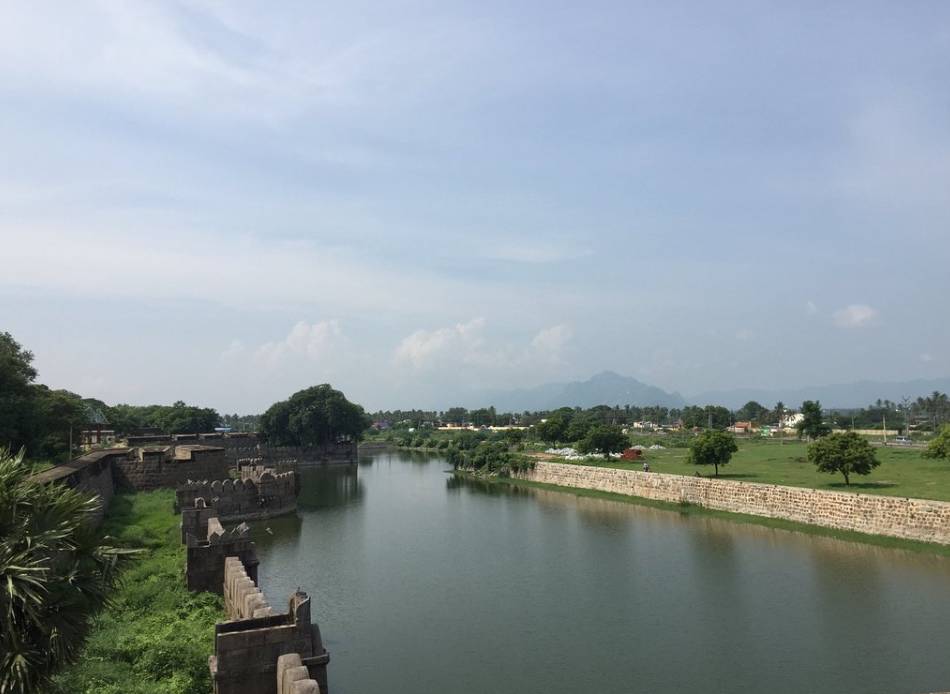 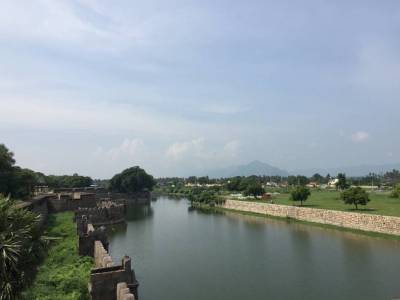 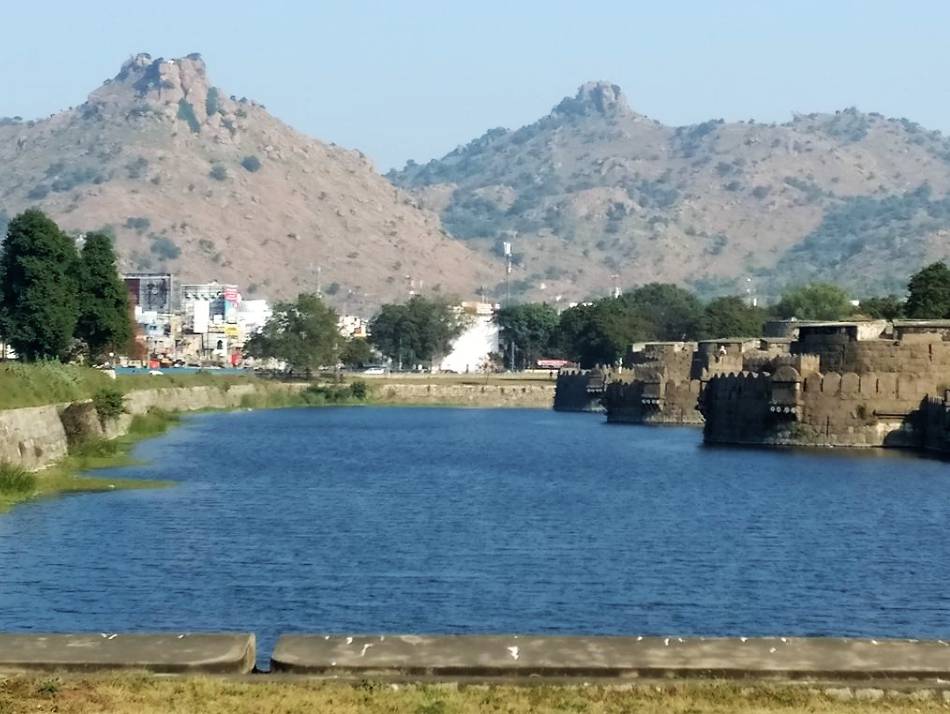 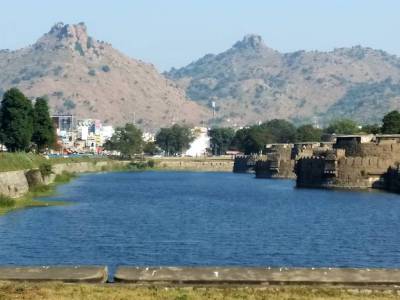 The Vellore Fort is situated in the small town of Vellore, Tamil Nadu and Built by chinna bommai Reddy and Thimma Reddy Nayak of the Vijayanagara Dynasty, the Vellore fort houses a temple, a church and a mosque- thus depicting the diversity of rulers that controlled the fort over time.

The Vellore fort was designed to be “best-looking fort on earth”. In ancient times, the fort also had a deep, wet ditch. The ditch was always filled with hundreds of crocodiles, waiting to attack any intruder. The fort is built of Granite, and had the best military fortifications and designing among other South Indian forts. The granite was imported from nearby quarries for faster construction. Archaeologists have often mentioned that the fort had a robust masonry and was famous for its grant ramparts.

The Vellore fort also has many other buildings inside it, which are now either public offices or are open to visitors for viewing. The St. John’s Church Vellore is the newest building in the premise. Built in 1846, the church highlights the British’s influence on India back then, as it was built by the East India Company. It is also one of the oldest churches in Vellore.

The Vellore fort is spread across massive 133 acres. The outer walls of the fort are 25 ft high, designed to keep invaders at bay. The weather of Vellore is quite pleasant between the months of September and March, which surrounds the fort with cold, soothing air. The fort of Vellore has seen many historic rulers as prisoners. Tipu Sultan’s family was kept in the fort. Also, the last ruler of Sri Lanka was also kept there.