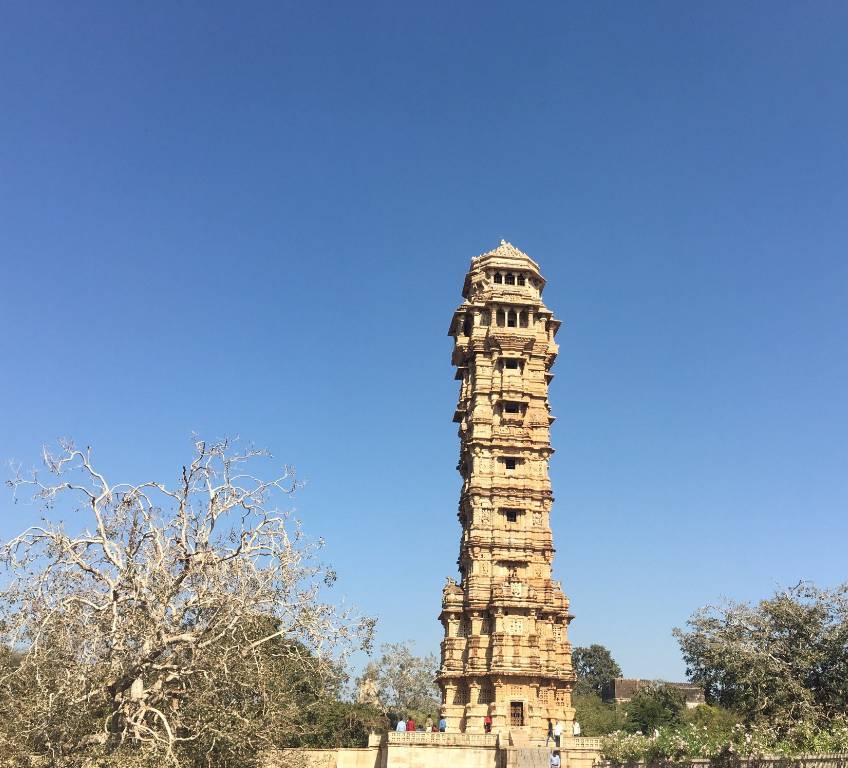 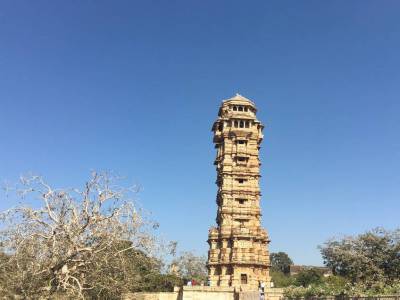 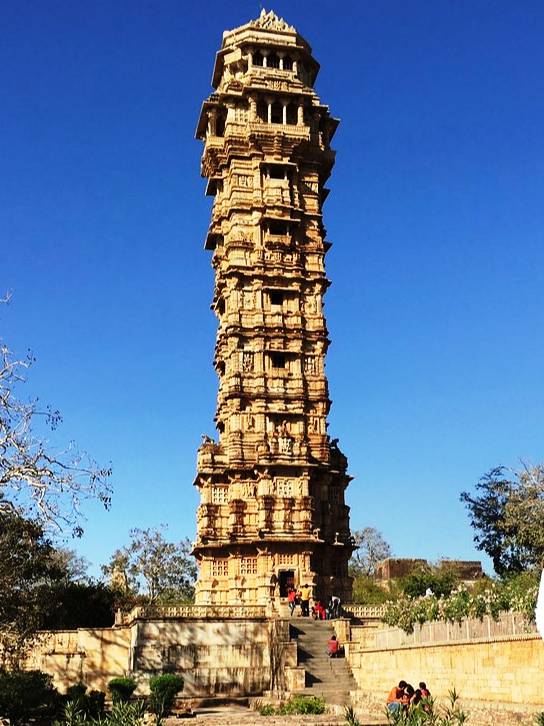 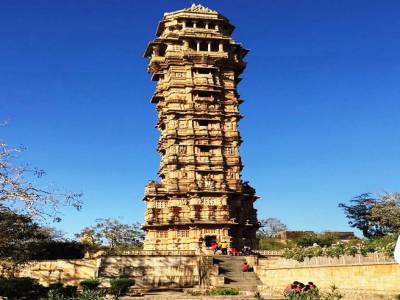 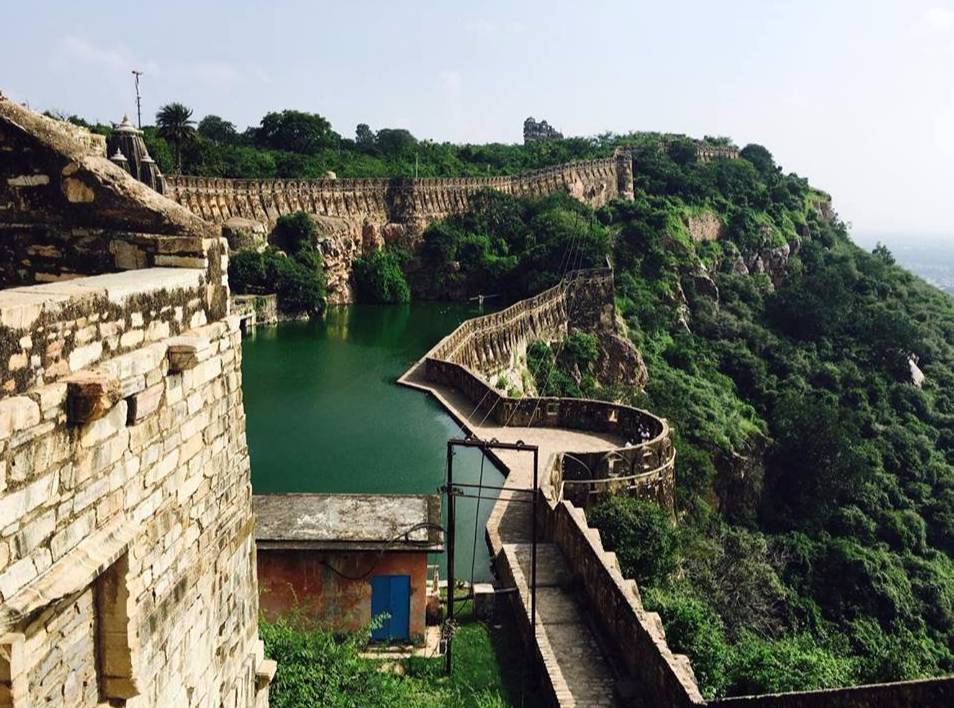 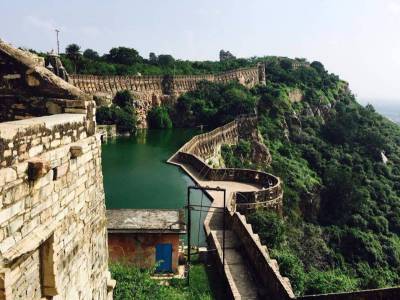 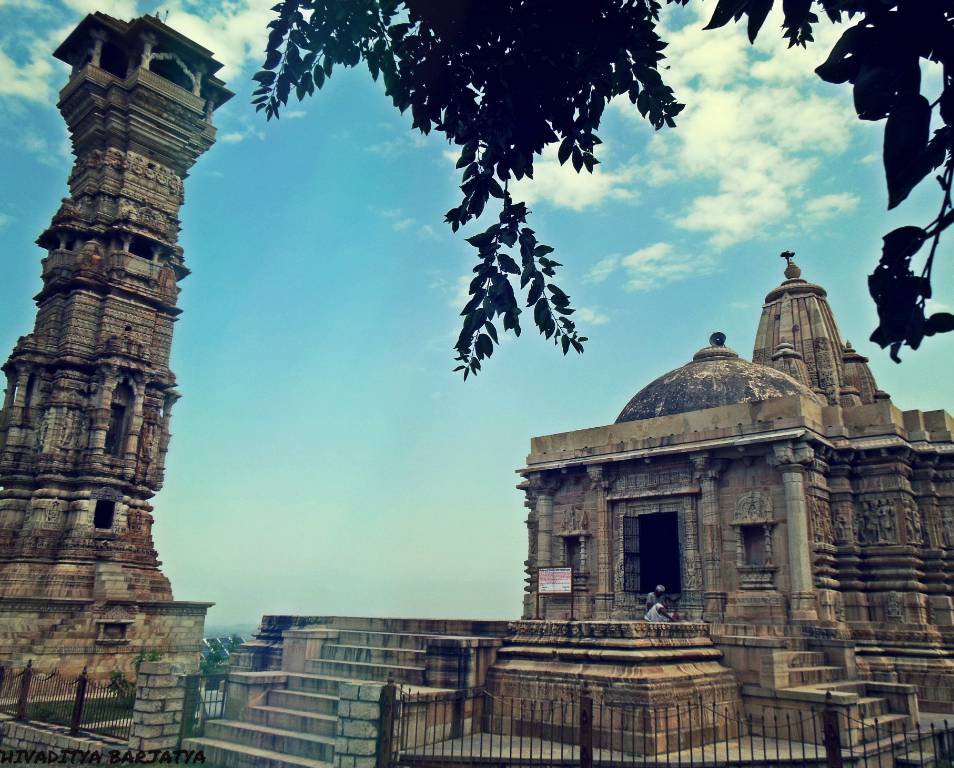 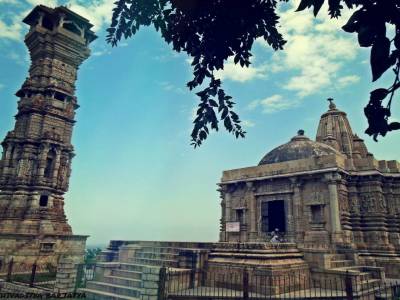 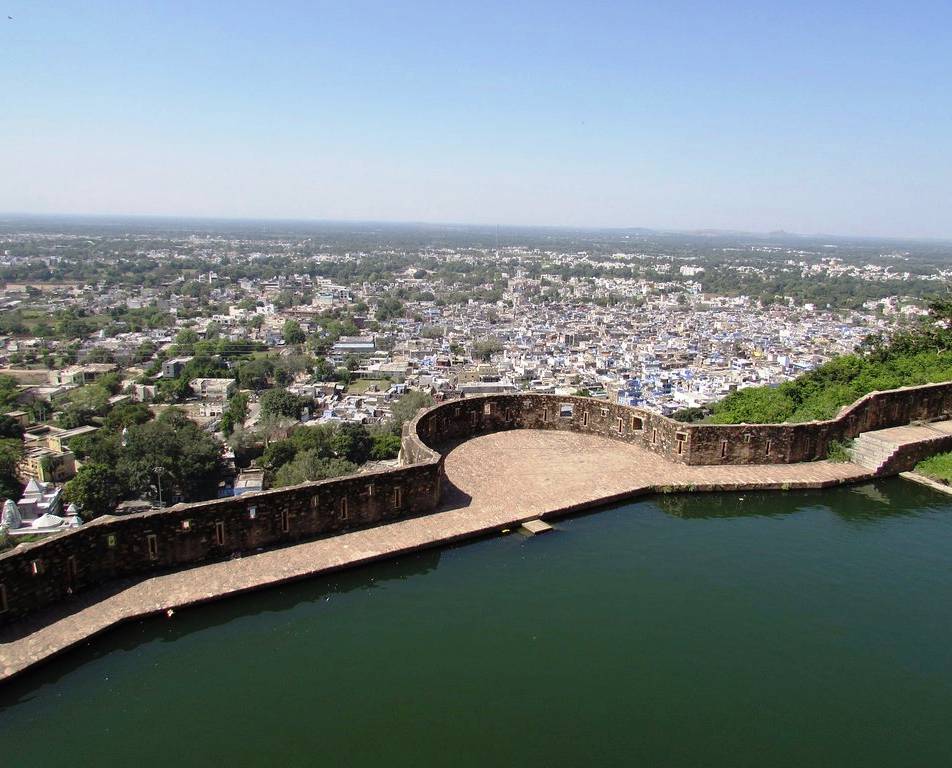 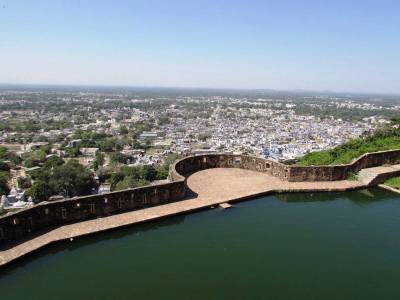 Vijaya Stamba is a victory tower in the fort of Chittorgarh. It is located in the Chittor city of the state of Rajasthan in India. The Vijaya Stamba was constructed by the then king of Chittorgarh, Rana Kumbha. It was constructed to commemorate the victory against the joint forces of Malwa and Gujarat, led by Mahmud Khilji in 1448. The construction of the magnificent tower was started from 1458 and was completed by 1488. This tall massive tower can be viewed from any point of the city.

The Vijaya Stamba was constructed by dedicating it to Lord Vishnu. He was one of the presiding deities worshipped by the Rajputs. Carvings of various Gods and Goddesses on the Vijaya Stamba with intricate designs still can be observed. There are carvings of weapons, musical instruments and various tools used during that era that are found in the inner part of the tower. It is an example of religious pluralism practiced by the Rajputs. The word ‘Allah’ is carved many times in Arabic on different storied of the monument. The highest storey consists of the image of Jain Goddess Padmavati. This mighty tower is an archaeological gem which displays the rich history of India.

10 INR for Indians and 100 INR for Foreigners