‘Dev Bhoomi’ or the Abode of Gods is the title conferred to the Indian State of Uttarakhand and Panch Kedar surely makes it more relatable. According to the great Hindu mythological epic, the Mahabharata – the Pandavas went to the Allahabad Prayag to purge their sins of war and seek penance before Lord Shiva. The Lord being angered by their conduct eluded the Pandavas in the camouflage of a divine bull. The Pandavas followed the bull to the Garhwali Himalayas. In the mountains, appeased by their diligence and penitence, Lord Shiva appeared before each Pandavas in the form of a part of the divine bull. These are the Panch Kedar.

Kedarnath is the most famous among the Panch Kedar. It is also one of the 12 Joytirlingas. The destroyer lord emerged from the hump of the divine bull. This temple, in the district of Rudraprayag, is a scenic excellence endowed with fervent spirituality. The other temples of the PanchKedar are – (2) Madhameshwar, where the lord appeared from the bull’s naval; (3) Tungnath, the lord emerged from the limb; (4) Rudranath, the lord appeared form the face; and lastly (5) Kalpeshwar, the appearance of Lord Shiva occurred through the hair. All these temples are built on stone architecture and are cradled by the greenery of the Himalayas and the snow covers, at certain times of the year.

Kedarnath Jyotirlinga temple is the most famous Lord Shiva temple in Uttarakhand and whole India, The Temple is sacred seat of Panch kedars, one of 12 Jyotirlingas and one of Chota Char Dham sites in india.

Tungnath is one among the Panch Kedar temples. Apart from being a pilgrimage site, it is also a trekking disembarkation. It presents the shortest trekking route when compared to the other Pancha Kedar temples. During the winters, the snow covered mountains are a sight one would not like to miss.

Rudranath is a Hindu place of worship which is overlaid by mountain peaks and provides the best trekking routes for travellers. This temple is similar to the Kalpeshwar and is said to have been constructed by the Pandavas of Mahabharata. 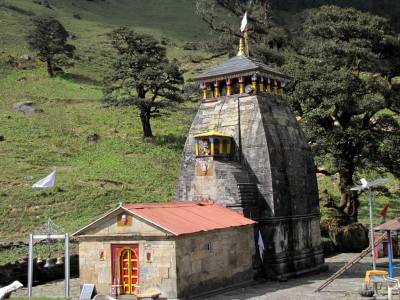 Madhyamaheshwar is devoted to Shiva and provides a breathtaking view of the surrounding valley. The temple is considered exceedingly ecclesiastical, so much so that even a little water from the temple is enough to attain ablution for all those who require. 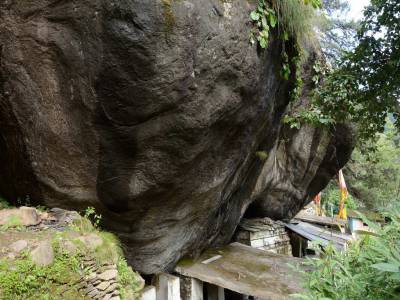 Kalpeshwar is a temple of Lord Shiva situated in the charming Urgam valley of Garhwal in Uttarakhand. It is surrounded by picturesque mountains and cascading waterfalls. Kalpeshwar is linked to the Pandavas and with the conception of the Pancha Kedar temples.