Bhutan, the land of Thunder Dragons is a Buddhist kingdom located in the eastern Himalayas in South Asia. It shares its border with the Tibet Autonomous Region of China and India. Bhutan is a small and scarcely populated country with its exquisite beauty of the Himalayan regions, highlands and sub-tropical valleys. The snow–fed river waters the meadows helping in agriculture and nurturing the livestock. The country has a forest cover of about 64% with various and numerous wild lives. Apart from its environmental spectacles, the Kingdom of Bhutan has its uniqueness in its approach of holding persistently its ground of tradition and culture. All the structures in the country are constructed following the traditional style. Even with the introduction of modernisation, the people of the country wear their traditional outfit irrespective of men or women. Tourism, hydroelectric power and agriculture form the major source of economy for the people of Bhutan.

Dzongs (Forts) are the centre of administrative and religious authorities which are still in use since the old days. The Ancient Ruin of Drukgyel Dzong and other Dzongs in Punakha, Thimphu and Paro are popular tourist sites. One of the major tourist attractions is the trek to the Taksang monastery (Tiger’s Nest) near the city of Paro. The other attractions include Jigme Dorji National Park and Bumdelling Wildlife Sanctuary.

Places to Visit in Bhutan 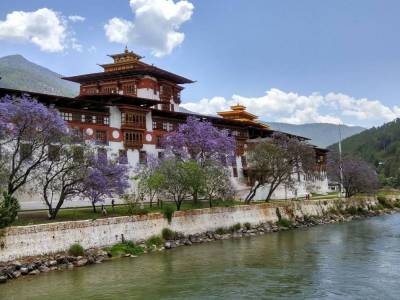 The Punakha Dzong is a beautiful architectural and majestic dzong in the country of Bhutan and was the second to be built in Bhutan and it served as the capital and seat of government until the mid-1950s. 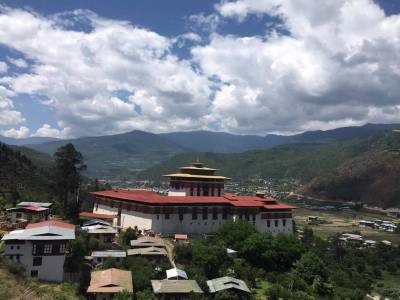 Bhutan is a country of forts and buddhist monasteries. The Paro fort known as Rinpung Dzong is a magnificent structure located on an elevated point in the Paro valley, alongside the Paro river giving the fort a dreamy appearance. Located indeed close to the city centre, it is wit.... 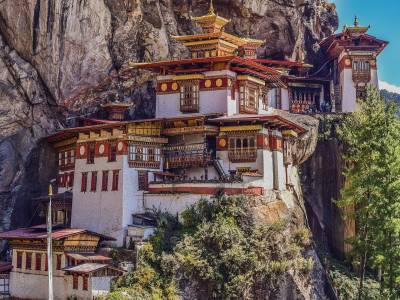 The Himalayas has many secrets and mystics stored for us. Some are natural and some are manmade. Out of such many manmade wonders of Himalayas, the Taktsang Goemba of the Buddhist Temple complex on the vertical cliffs of the mountain slope almost hanging is one.