Hooghly is a very ancient settlement of native Bengalis in the Indian state of West Bengal which boasts of one of the oldest municipalities in India if not the world dating back to 200 years ago. It takes name from the Hooghly River along whose banks it is situated. The Hooghly is one of the major tributaries of the Ganges which flows through benevolently through the state of West Bengal, predominantly the city of Calcutta and its surrounding districts. Today Hooghly stands as one of the major suburban districts of West Bengal adjacent to Calcutta the others, being Howrah & Barasat.

Hooghly district is headquartered at Chuchurah also known as Chinsurah today and home to three major ancient township civilizations of Bengal and India, namely Serampore, Arambag and the historic port city of Chandannagar. Hooghly is a major port town and commercial district of West Bengal in terms of trade and commerce and has seen the influence and presence of numerous colonial invasions and still holds the heritage value of the past in its several heritage monuments and sights. The other attraction is Hooghly is the extremely holy and equally famous Hindu pilgrimage site, the Tarakeshwar temple which is dedicated to Lord Shiva.

Places to Visit in Hooghly 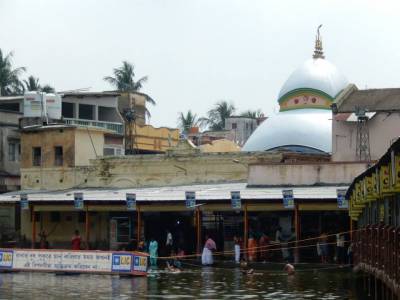 Lord Shiva has been named and worshipped as Lord Taraknath, in this temple. The Taraknath temple is one of the major pilgrimage locations situated in West Bengal. The temple was built in 1729 in Tarakeshwar city in the Hooghly district.