Anantapur is an important city in Andhra Pradesh and is well connected to major cities like Hyderabad, Vijayawada and Bengaluru via the National Highway and railways. Although it is not widely known, the city has a huge number of tourist attractions which can surprise anyone. Its local cuisine is also famous around the region and one should definitely try it.

One can go for shopping at Dharmavaramas as it is especially famous for its silk sarees and is located just 40 kilometres away from Anantapur. The Penukonda Fort along with the temples near its vicinity was built by King Krishnadevaraya. The place also houses the world’s largest Kumbakarna statue. The Gooty Fort and Rayadurg Fort situated near Anantapur are also popular tourist spots. Many devotees also flock to Babiah Dargah of the Sufi Saint Hazrat Syed Shah Baba Fafkruddin Saharwady situated in Pelukonda. There are also many famous temples in the area. Lepakshi – containing the biggest Nandi statue in India, Lord Narasimha Swamy Temple, Sri Nettikanti Anjaneya Swamy Temple, Sri Chintala Venkata Ramana Swamy Temple, Pampanur Subramanya Swami Temple and Sri Bugga Rama Linngeswara Swamy Temple can be visited while travelling the nearby regions. Many natural landscapes like Aluru Kona waterfall and Belum Caves located near Tadipatri provide nice retreat spots. The Timmamma Marrimanu is a world-famous banyan tree covering an area of 5 acres and has its name in the Guinness Book of records. One can see this natural wonder by just travelling 120 kilometres from Anantapur.

Places to Visit in Anantapur 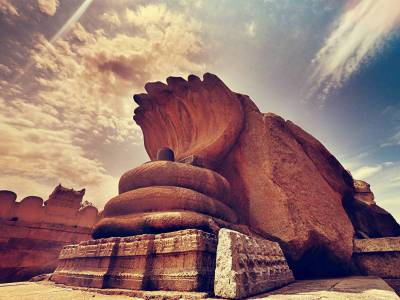 Lepakshi is a small village 125 km away from Anantpur, southern Andhra Pradesh situated 15km east of Hindupur and approximately 120km to the north of Bangalore (present Bengaluru). 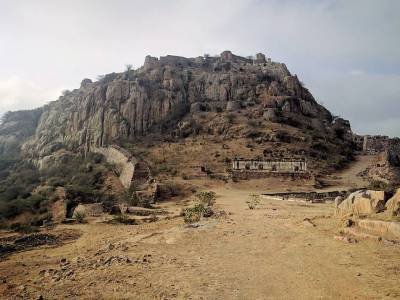 Overlooking the small town of Gooty, the Gooty fort has acted as a strategic stronghold for empires throughout the years. It is truly a spendlid fort that has withstood the test of time rather valiantly. The Gooty fort is only a 5 km away from the Gooty railway station. 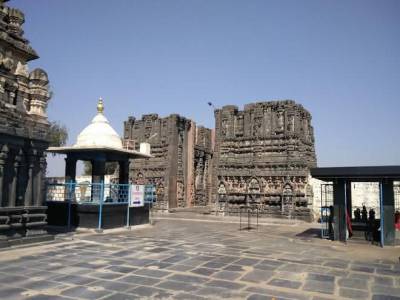 Bugga Ramalingeswara Swamy temple, located in Anantapur district of Andhra Pradesh, is a temple dedicated to Lord Shiva where an underwater stream keeps flowing water into the idol or Lingam of Lord Shiva. Lord Shiva takes the form of Ramaligeswara Swamy in this temple.