Nothing beats the flavour of holiday that comes with the name of Darjeeling. Situated in the eastern Himalayan range is one of the most classic and exotic vacation spots in India. Many consider Darjeeling as the ultimate requiem for relaxation and enjoyment. Darjeeling is one of the most visited tourist destinations in West Bengal and in India. With extensive tea plantations throughout the city, it is known for being the main source for tea exportation. It is the only city where miniature steam engines still run with the help of Darjeeling Himalayan Railways and are considered as one of the UNESCO World Heritage Site. With a great scenic view of the tea plantations, mountains and monasteries in Darjeeling, you can also enjoy the North-Eastern cuisine like Tibetan cuisine and pollution free air across the city.

Due to the British military depot being established there in the early 19th century, multiple churches were built across the city. This city is also known as Queen of Himalayas because of its crowning topography with the most scenic mountainous vista. It is also for the tea plantations present in & around the town and women plucking the tea leaves, that this place got this title. A total of 86 tea plantation estates have been registered till date. The brand name 'Darjeeling Tea Leaves' is the most delectable & elegant tea leaves grown in India and many companies are exporting these tea leaves across the world. The Darjeeling-Rangeet Valley Passenger Ropeway cable car is Asia's longest cable car, which has attracted tourists across the globe.

Places to Visit in Darjeeling 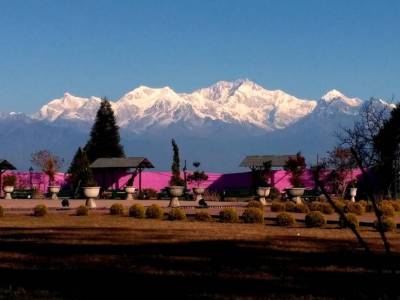 If you are visiting the Himalayas, you cannot afford to lose the chance to visit the pristine Himalayan belt, the highest and the most majestic of all. The Kanchenjunga Mountain is one of the most popular mountains of the Himalayan range. 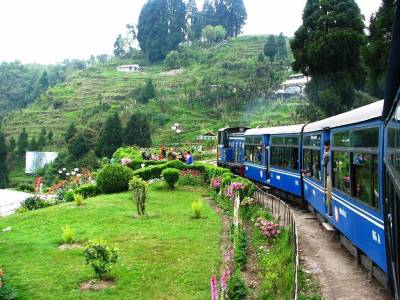 The Darjeeling Himalayan Railway was built between 1879 to 1881 and still runs with the same steam engines. It is recognised as a UNESCO World Heritage Site in 1998.