Serving as a city, a municipality as well as the seat of operations of the district, Golaghat is one of the largest subdivisions of Assam. Golaghat’s status as a city was elevated to the position of a full-fledged district on 15 August 1987. The district is laid on the banks of the Brahmaputra River and lies towards the south of Nagaland. The city comprises of a majority of people involved in the cultivation business, contributing the production and economy of the state.

Golaghat is one of the largest tourist attractions, often attracting large masses of people from all over the country. The primary tourist attraction that approaches one’s mind is the Kaziranga National Park. The park is one of the most important attractions that are not supposed to be excluded from your visits. It is home to numerous wild animals and birds that form to be a treat for the eyes.

However, the park isn’t the only attraction that brings people into the state. There are innumerable other tourist locations such as the Garampani, a hot spring in the Nambar Forest, the Neghereting Shiva Mandir as well as the Deopahar ruins. The Numaligarh Tea Estate is another location that forms to be the treat for the eyes.

Places to Visit in Golaghat 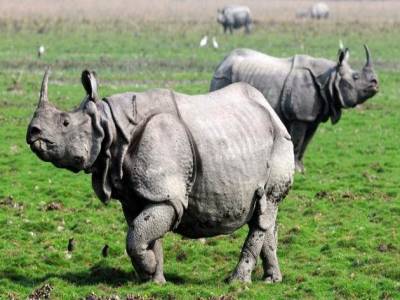