Hamirpur, founded in 1972, is a district in Himachal Pradesh, India. This district is also known as 'Veer Bhumi' which means 'The Martyr's Land' in English due to the majority of the residents serving in the armed forces (Army, Navy and Air Force). This district is famous for being the most educated district in the state. According to the history, Katoch Dynasty was present in this district and was ruled by Raja Hamir Chand; hence the name Hamirpur.

This district is very famous for child saint shrine in the city called Shri Siddh Baba Balak Nath Temple. It is the biggest shrine in the district. Even the temple built by the Pandavas is located here, it is known as Gasoteshwar Mahadev Temple. Hiking through the Deotsidh Dhar Range in the Shivalik hills is also organized by the district. Hamirpur is also known for hosting the bureaus of two major national publications in India, Dainik Jagran and Dainik Bhaskar. The language spoken in this district is called Pahari. Even in Pahari language there are a variety of dialects available. The district is also known for the production of a variety of crops and the residents in the district keep Goats, Sheep, Cows and Buffaloes with them.

Places to Visit in Hamirpur 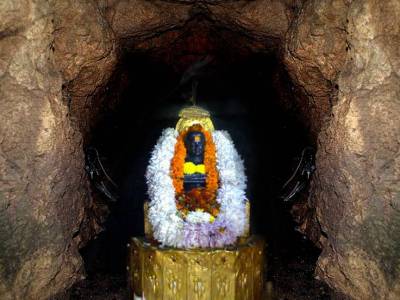