Kaimur district is located in the state of Bihar, in India. The district headquarters is at Bhabua. The district is divided into two parts. One part is of hilly region which consists of Kaimur plateau. Another part is plain with two rivers, Karmanasa and Durgwati flowing in the western side and Kudra River flowing on the eastern side. 20,000 years old rock paintings in the Lehda forest, erotic Pala sculptures excavated in the village of Baidyanath and an age old temple of Mata Munderwari make Kaimur an attractive tourist destination. Mata Mundeswari Temple is a stone built ancient temple located on the summit of Piwara hill. The grand idol of the main deity and the Panchamukhi Shivaling is the centre of main attraction.

Baidyanath temple at Deohalia, Ramgarh is very akin to Khajuraho’s Kendaria Mahadev temple. This 11th century built temple consists of four ponds inside the premises and is a fine example of craft art. The other popular Hindu religious places are Chherwari Dham, Chanderswari Dham, Kuleswari Dham and Harsu Brahma Temple. Peer Baba’s Mazar and Bakhtiyar Khan’s Rouza are important pilgrimage for the Muslim community. Kaimur mountain range in the district has many waterfalls. The Telhar pond waterfall and Karakatgarh waterfall are some of the noticeable waterfalls among them. Kaimur is well connected by roads and railways.

Places to Visit in Kaimur 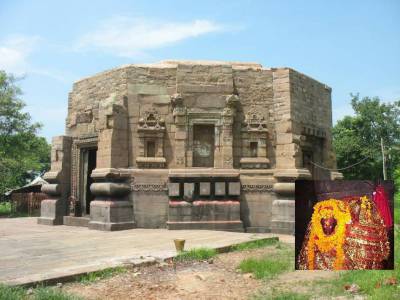