Kasaragod is a district in Kerala, a state in the southern part of India. Kasaragod was known for being a trade center between the Indians and the Arabs. The Arabs used to call Kasaragod as Harkwillia during the 9th and 14th century. The Bekal fort situated in Kasaragod is known for being the largest fort in Kerala and is being preserved with a great amount of effort. The cultural heritage in Kasaragod draws its grandeur from the neighboring districts and states apart from its own culture. This is why the establishments from the earlier historical days found its best expression in uniquely styled Kasaragod temples. Moreover, multiple languages are spoken in this district to reflect its cultural diversity.

Kerala is known as Heaven on Earth due to its beautiful mountains and beaches. Kasaragod also showcases rivers, temples forts and more across the district. Multiple Great Stone Age architectural monuments were discovered in this district and Kasaragod is known for its Vedic religion. Anantha Padmanabhaswamy temple is the only temple with a lake inside the premises in Kerala; there are no other lake temples in Kerala. To attract the tourist the Kasaragod tourism has other great things to offer too. You can experience a prayer time in the Malik Dinar Mosque, the astounding structures of Madhur Temple and the history & natural tranquility of the Chandragiri Seaside Fort in & around Kasaragod.

Places to Visit in Kasaragod 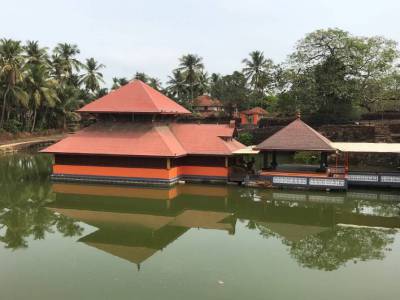 Ananthapura Lake Temple is one of the most exotic religious destinations in the whole of India. The Vaishnavite sanctuary is located in the quaint town in Kerala. The perennial spring water lake houses the ethnic temple. Cherishing devotion amidst nature makes this spot a sure st.... 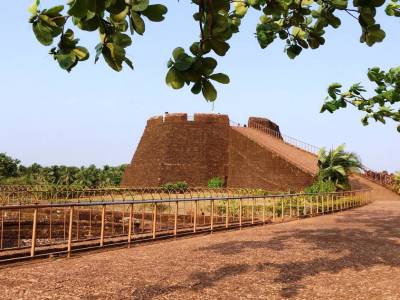 Bekal fort in Kasaragod is a very scenic fort and the most popular tourist destination of Kerala. It is a massive structure and offers spectacular view of the Arabian Sea and sight of sunset from the fort is breathtaking. 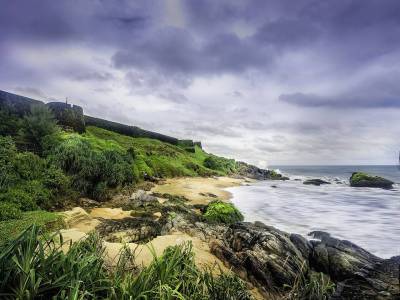 Bekal Beach, is a beautiful stretch of coastline adjacent to the famous Bekal fort and located in Kasaragod district of Kerala is about 4 kms from the national highway. This beach is developed by Bekal Resorts Development Corporation and it has garden and play area of kids. 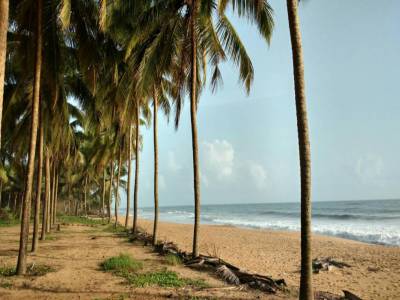 Known for its cleanliness and natural atmosphere, Kappil Beach is a perfect retreat spot for those who want to leave the urban life and experience some solitude. Enjoying a vacation on the pristine sandy beach while enjoying the views, this beach is the perfect getaway for anyone.... 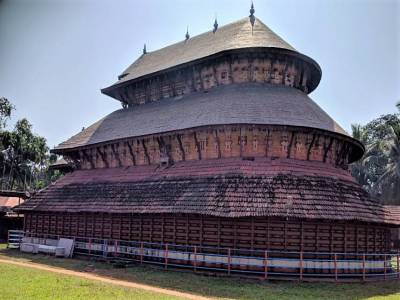 When visiting the God’s Own Country, you simply cannot miss out on the chance to visit the famous Madhur Temple in northern parts of the beautiful Kerala. The temple is predominantly dedicated to Lord Shiva and numerous devotees visit this temple all year round.